Perhaps Kevan Harris’ greatest good fortune was to arrive in Iran as a sociologist with no preconceptions about its culture or values.

An Iranian American, Harris grew up in Kentucky and then Chicago, where he earned a B.A. in economics and political science at Northwestern University. He never learned the language, myths or stories of Iranian culture “at his father’s knee.” Instead, he learned Persian as an adult and largely discovered its culture by going to Iran.

Now this expert on modern Iran and comparative historical sociologist is bringing fresh perspectives shaped by his discipline to UCLA, where he is teaching courses on international economic development at the International Institute and on graduate methodology in the sociology department of UCLA College.

“It’s the best of both worlds,” Harris said. Coming from historical sociology, he noted, “I’m equally comfortable reading economics or political science or history. … I think that there’s room for a synthetic approach that brings together lots of new findings and tries to recombine them in a way that addresses the big questions.” 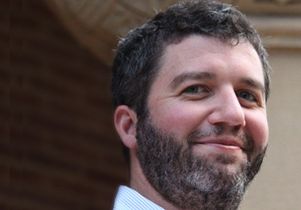 Since he arrived at UCLA last fall, Harris’ enthusiasm for his new academic home and colleagues has already led him to become a member of the faculty advisory boards of the UCLA Center for Near Eastern Studies, the Program on Central Asia, and the Center for Social Theory and Comparative History in the history department.

He’s now working on a huge project that promises to attract the attention of sociologists, historians and political scientists worldwide: a large-scale survey that will look at social stratification and mobility in Iran over the past three generations. The planned survey is the kind of “bread-and-butter social survey that has been done in other countries,” he said, such as China, South Africa, Turkey and countries in Latin America.

The survey will seek to shed light on the disappearance of the peasantry, the effects of the massive expansion of education on Iranian men and women, provincial and ethnic variations in social mobility, and differences in political participation.

“No one’s done anything like this in 35 years in Iran,” he explained. “We want to do it to show that such a survey can be done; second, that it can be done with very rigorous practices; and third, that it will be something of public value to everybody.” Prior to making the survey results public, he plans to hold workshops with colleagues and invite Iranian academics to work with them on reviewing the data.

Asked if he anticipated problems with implementation, Harris laughed and said, “Of course. But I learned from my friends inside Iran that if the reason you don’t do a project is because someone out there might be offended or might politicize it, then nothing would ever happen.”

Harris has been making things happen ever since he completed his Ph.D. in sociology at Johns Hopkins University. He then landed a two-year postdoctoral research fellowship at the Near Eastern Studies Department of Princeton University. While there, he also served as associate director of the newly formed Mossavar-Rahmani Center for Iran and Persian Gulf Studies.

While teaching at Princeton, he turned his dissertation into a forthcoming book, “A Social Revolution: Politics and the Welfare State in Iran,” being published by University of California Press. The book focuses on what happened during Iran’s eight-year war with Iraq, when large numbers of Iranians became the beneficiaries of a kind of warfare-welfare contract, under which the children of soldiers became the educated and politically active generation of Iran we read about today.

At Princeton, Harris spent a year developing programs for the new Iranian studies center, including a future student exchange program and a project that funds translations of social science works from any language into Persian. Perhaps of greatest import, he founded an annual workshop at Princeton that pairs students at the very early stages of their graduate work with scholars at the top of their disciplinary field. The goal: to help humanities and social science specialists working on Iran conceptualize their research in a way that engages their respective disciplines.

“I had to teach myself and learn the hard way that just because you work on Iran doesn’t mean a sociologist cares, even though Iran might be in the newspapers,” Harris said. “You have to find a way to make [your peers in the discipline] excited about your project in their world.”

Harris finds a number of comparator cases useful for understanding modern Iran. The country can be examined as a post-revolutionary regime, he said, where “people who had been relegated to the margins of society all of a sudden could make demands on people of higher status” in ways very similar to Russia in the 1920s.

“People from other backgrounds who had few connections to the state in the shah’s time were all of sudden connected to the state, either fighting in a war, joining the state or casting aspersions against the khan in their villages.”

He also finds it useful to compare Iran’s experience to that of such countries as Brazil and India, states that, like Iran, attempted to build a self-sufficient industrial base. That base in Iran, he points out, is currently the focus of outside investors who have been eagerly waiting for the lifting of U.N. sanctions.

Harris cautions against a recurrent problem with scholarly work on Iran — looking for oneself in the things one studies. That approach gets a researcher into trouble “because you’re going to discount whole swaths of the social world. You’ll see it, and then you’ll ask someone who’s like you to explain it to you.”

Instead, he says, “You have to put yourself in other people’s trajectories and other people’s heads, even people you don’t like. That’s what sociology is good at — trying to understand how people make meaning out of their own worlds and what the world looks like to them.”

This is an edited version of a story that is posted on the UCLA International Institute website.