The period in American history known as the Great Migration — those decades from 1940 to 1970 during which nearly 4 million African Americans left the South, hopeful that better lives awaited to the North and West — has been the subject of historical and political analysis, of literature, poetry and even song.

In her recent book “Competition in the Promised Land: Black Migration in Northern Cities and Labor Markets,” UCLA economics professor Leah Boustan tackles the topic from an economic perspective.

Boustan applied a quantitative framework of population data, wage data, housing prices and tax information for the 70 largest cities in America to spotlight the makeup and economic impetus of this migration that changed the fabric of the country.

“At its peak, Southern black migration was comparable in magnitude to the numbers of immigrants from European countries when America’s borders were largely open — also known as the ‘Age of Mass Migration,’” Boustan said.

The net value of leaving the South was clearly realized for many migrating blacks. Black men who eventually settled in the North earned at least 100 percent more than men who stayed in the South in 1930, Boustan found. This held true when comparing the full population of migrants and non-migrants as well as drilling down to compare brothers from the same household who lived in different regions of the country — one who remained in the South and one who left. 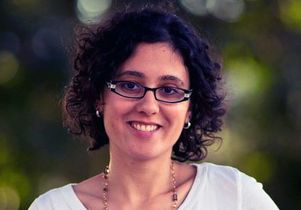 Boustan’s book also reveals an interesting occupational distribution among migrants. She investigated the family background of black migrants leaving the South and found migrants were likely to come from both the bottom and the top of the occupational system. It was equally likely that migrants came from households in which the head was a skilled blue-collar worker like a machinist as well as those raised by a head of household who was an unskilled common laborer. People from households in the middle, such as tenant farmers, were not as likely to migrate.

“Migrants from poor backgrounds had the most to gain, economically, by moving to the North,” Boustan said, “but migrants from better-off families may have placed a stronger value on the social and political freedoms available to blacks in the North.”

Often, when looking at the Great Migration, historians and personal anecdotes point toward the idea that Southern blacks moving out of their homes created undue competition with and economic displacement of African Americans who already lived and worked in the northern cities. Boustan did not find that to be the case.

Boustan’s book is set against the perfect storm of events that crystalized around the Great Migration — the post-World War I manufacturing boom and subsequent creation of new jobs in Northern cities; the 1927 flooding of the Mississippi River that displaced large swaths of people; the invention of the mechanical cotton harvester, which reduced demand for human labor on plantations in the South; as well as all-too-real lingering racial tensions, segregation and violence against blacks. How staunchly a Southern county supported noted civil rights opponent Sen. Strom Thurmond in the 1948 presidential election was also associated with how many African Americans left those areas, Boustan pointed out.

Networks were integral for migration to Northern cities, Boustan said. Once there was a critical mass of migrants, they could help friends and family members come to big cities and find jobs and places to stay. Employers, having hired their first black workers, were then more likely to employ others.

In the book, Boustan also tackles the concept of “white flight” from U.S. cities as blacks arrived from the South. She found that for every single black entrant to one of the 70 cities she examined, two whites left. But, those white departures cannot be strictly aligned with a black neighbor moving in next door, she found.

Much of it can be attributed to property taxes and municipal spending priorities, Boustan hypothesizes. Meanwhile, the electorate in the cities Boustan examined became poorer as they became more racially diverse.

Boustan tracked 100 boundary neighborhoods that straddle cities and suburbs across the United States. Most of these neighborhoods were almost uniformly white, but residents on the city side of the border had to make taxing and spending decisions with a more diverse electorate. On average, on the city-suburb border, housing prices fell by 3 percent on the city side as the city’s black population rose by 15 percent, she found. This suggests that demand for city residence declined as cities became more diverse.

Black migration from the South tapered off in the 1970s and migration back to the South is on the rise, Boustan finds.

As of the mid 2000s, the rate of black migration back to the South outpaces the national average, partially thanks to wage stagnation and loss of manufacturing jobs in the North and mid-Atlantic. This economically motivated return migration is not necessarily concentrated in the cities from which the Great Migration originally departed, however. Instead, 28 percent of new black southerners live in Texas and Florida rather than Mississippi or Alabama where a large number of late 19th century African Americans lived.

“Black Americans have always been highly mobile,” Boustan said, “first within the South to new farmland, then to Northern cities, and now back to the South as economic opportunities open up in the Sunbelt. Migration has been — and continues to be — an important avenue for economic advancement.”