Students participating in UCLA School of Law’s innovative international human rights programs got the rare opportunity to attend summits in New York and Geneva, Switzerland, during the fall semester to support the work of their professor, E. Tendayi Achiume.

Achiume serves as the United Nations’ Special Rapporteur on Contemporary Forms of Racism, Racial Discrimination, Xenophobia and Related Intolerance. At UCLA Law, she teaches the International Human Rights Clinic and is a member of the core faculty of the Promise Institute for Human Rights, which sponsored the students’ travels.

At the U.N. General Assembly in New York in October, Achiume presented two reports: One focused on the ways in which national populism from Austria to the United States threatens racial equality, and the other detailed the rise of neo-Nazism on the internet. She also convened a discussion with representatives of U.N. member states and human rights agencies to discuss her reports in light of recent hate crimes, including the mass shooting at a synagogue in Pittsburgh, Pennsylvania. 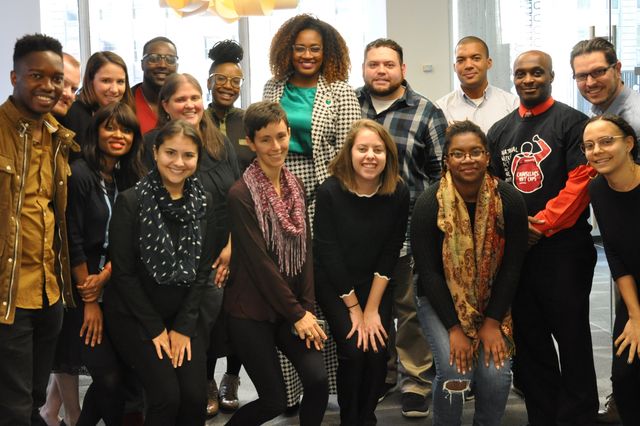 “The trip allowed us to observe a major human rights institution in action,” Florio Roberts said. “While we have taken numerous international law courses at UCLA Law, covering human rights fairly extensively, observing the inner workings of the U.N. and several side events added a lot of depth and perspective to the more theoretical discussions we have in class.”

The students helped Achiume draft talking points for the event, and they took extensive notes during the dialogue with the General Assembly. They also organized meetings involving prominent civil and human rights groups, including the American Civil Liberties Union and the Ford Foundation.

Dombrosky said that the experience “was absolutely incredible. We were able to sit in on a variety of meetings, and being a part of discussions related to Professor Achiume’s mandate on contemporary forms of racism, racial discrimination, xenophobia and related intolerance was not only interesting but incredibly timely given the current state of affairs.” 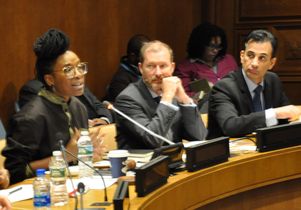 Shortly after the New York trip, Achiume, human rights fellow Sarah Khanghahi, who graduated from UCLA Law in 2016, and three International Human Rights Clinic students — Daniel Johnson, Abigail Kerfoot and Nicole Van Zyl — traveled to the University of Geneva for a conference on human rights and cyberspace. It was the second such trip that Achiume has led to Switzerland this year.

Achiume convened a workshop titled “Human Rights, Racial Equality and New Information Technologies: Mapping the Structural Threats.” In addition to their work preparing the event and taking notes during the discussion, the UCLA Law delegation met and networked with U.N. staff and attended the first public talk by former Chilean president Michelle Bachelet, who was appointed as the U.N.’s high commissioner for human rights in August 2018.

“This moment has stayed with me,” she continued. “It is emblematic of how the professional field of human rights might function to exclude marginalized voices even as it seeks to uplift and include all people. I hope that it will inform my work as a human rights lawyer by pushing me to look more critically and profoundly at my own role in the struggles of the people I advocate for.”