Born to Perform
Precision, strength and grace are crucial to every event in gymnastics competition. But floor exercise in particular provides room for creativity — and Coach Valorie Kondos Field’s Bruins have taken it to a whole new level.

Art and the City: Made in L.A. Returns to Westwood
UCLA’s Hammer Museum is known for championing emerging artists from across Los Angeles — a mission that’s celebrated in this summer’s biennial exhibition.

Playing for Keeps
Are computer games fantasy or reality, culture or technology? Can they absorb the richness of humanity? The director of UCLA’s Game Lab ponders these and other questions.

At Issue: An Olympian Effort
In just a month, the world’s attention will be focused on the 2016 Summer Olympics in Rio de Janeiro. At UCLA, we’re also thinking ahead to 2024, in the hope that LA 2024’s bid will bring the Games to campus. 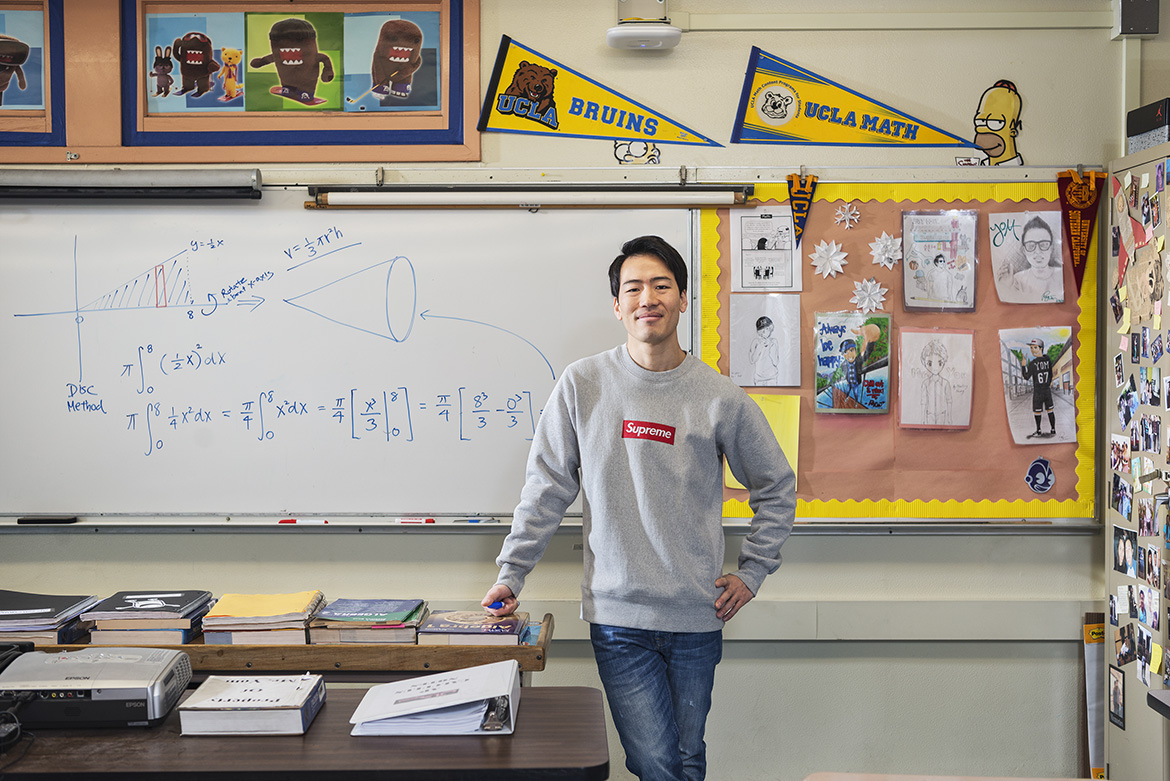 Change Agent: New Math
Lincoln Heights teacher Anthony Yom’s work went mostly unnoticed until a student of his became one of 12 in the world to earn a perfect score on an AP calculus exam. Actually, many of his students have been excelling for several years. What’s his secret?

Forward Thinker: An Inconvenient Vision
UCLA Professor Catherine Opie has done one thing masterfully her whole life — capture provocative images of the everyday that make us take another look at the icons around us.

Life Signs: Secrets of a Time Master
Want to put more hours in your day? Simplify your life and increase your efficiency.

Hail to the Hills: Jump Start
A mediocre paintings collection secured by a UC Regent in 1938 was the catalyst that eventually landed UCLA on the national art scene.

All That Glitters
For decades, UCLA has been a training ground for Olympic heroes. In dozens of sports, representing many countries, Bruins have excelled at the Summer Games. Now some two dozen UCLA athletes have been or likely will be chosen to represent their respective countries this summer in Rio.

Fashion in the Seven Kingdoms
Award-winning Game of Thrones costume designer Michele Clapton is the 2016 Swarovski Designer in Residence at the UCLA School of Theater, Film and Television.