Loneliness. Music, film and poetry convey the depth of its impact. With COVID-19’s quarantine restrictions, loneliness has become a pandemic of its own. But how exactly does it affect us? Researchers have found 2020 to be enlightening on the subject.

Naomi Eisenberger ’97, M.A. ’00, Ph.D. ’05, UCLA professor of social psychology, studies how the brain and body react to relationships. “The most intense experiences we have in our closest social relationships include feeling loved, connected and wanting to help other people,” she says, “but they also involve feeling left out, alone and isolated. I try to understand where these intense experiences come from and how the brain processes them.” Eisenberger shares what a year of COVID-19 self-isolation has revealed about loneliness.

How did you become interested in this type of research?

As a young adult, I noticed how much the fear of rejection dictated my behaviors. If I had to give a public speech, I’d get very nervous — my heart would race, and my hands would shake. No matter what I told myself, nothing helped; my body always felt like I was in imminent danger. I wondered: Why is it that in this situation, where I know I can’t die, my body is responding as though it thinks I could?

This led to looking at how the brain responds when we’re feeling rejected or excluded. One of the surprising findings was that when people feel left out or excluded, there’s a reaction in the same regions of the brain as when people feel physical pain. Data showed that when we say things like “Rejection hurts,” there’s some truth to that.

Naomi Eisenberger’s research has found that social support makes us feel safe and doing something for others reduces loneliness. Her data also shows that there’s truth to the idea that rejection hurts.

How does social isolation affect our health?

During COVID, we conducted a virtual study about the impact of lockdowns and social distancing on people who were already living alone when the pandemic hit. We looked at how they learn fears about the world. We’ve seen that having social support — whether through romantic relationships, parent-child relationships or friendships — can make the world seem safer.

In analyzing this data, we’re finding that being objectively isolated doesn’t seem to matter. Whether you’re living alone or with other people doesn’t really affect the fears you learn or your mental health. What does seem to have an effect is subjective isolation, or how lonely you feel.

How does the body respond to emotions like loneliness?

Our immune system is sensitive to our social world. When people are socially isolated or lonely, their immune system increases inflammation, a component of the immune system that fights off foreign agents. That’s really useful in the short term, but if inflammation lasts a long time, it’s linked to chronic diseases like cancer, diabetes and heart disease. Loneliness also decreases antiviral responses, which we need to protect us from viruses when we’re around other people. 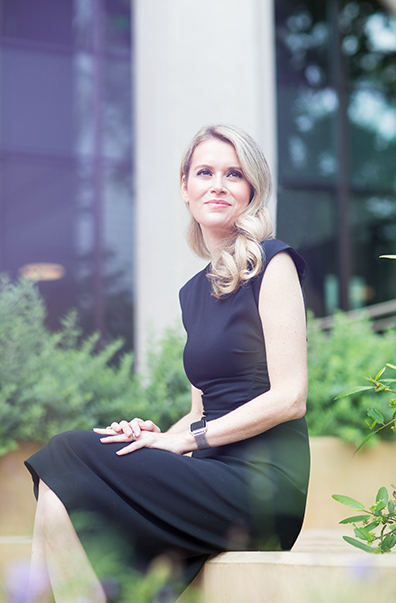 Does everyone experience loneliness in the same way?

Loneliness is subjective. Some people live alone and enjoy time to themselves, so they aren’t lonely at all, whereas someone in a big family may feel like the odd person out and be very lonely. Through these findings, we’re seeing that living alone doesn’t seem to matter.

You conducted a study of undergraduates’ Zoom use during COVID-19. What did it reveal?

We thought that relying on Zoom for most interactions wouldn’t be very satisfying, as they don’t come with the full richness of being together in person. But the findings were more complicated. We learned that better mental health isn’t a result of the frequency or the amount of time spent on Zoom, but of the greater number and variety of people with whom one interacts.

We also thought being alone at home was going to be a bad thing. It turns out that your objective situation doesn’t matter as much as what you do with it. So if you’re living alone but make efforts to communicate with people, that’s what makes a difference.

How can we reduce loneliness?

We also compared doing something for someone else versus thinking about things other people have done for you. Again, it’s doing for others that reduces loneliness.