Ann Philbin, director of the Hammer Museum at UCLA, announced today that an ambitious multiyear project to renovate, expand and transform the institution has taken a major step forward with the public launch of a $180 million capital campaign. The announcement coincides with a lead gift of $30 million — the largest in the museum’s history — from Los Angeles philanthropists Lynda and Stewart Resnick. In recognition of their generous gift, the Hammer’s building will be named the Lynda and Stewart Resnick Cultural Center.

“Art has long inspired Stewart and me in a profound and meaningful way,” Lynda Resnick said. “For decades, we’ve been committed to Los Angeles’s dynamic arts and culture scene and are proud to witness its growth into a nationally recognized epicenter for cutting-edge talent. As longtime admirers of director Ann Philbin’s vision and of the Hammer’s role in this meteoric rise, we’re gratified to be part of this transformative gift that will further solidify the institution’s key role in our community.”

The transformation project is helmed by renowned architect Michael Maltzan, a longtime partner in enhancing the museum’s facility. The current project, which began with the renovation of the museum’s exhibition galleries in 2017, will continue in phases through 2020, culminating with a dramatic new presence for the museum on Wilshire Boulevard. The museum will remain free and open to the public throughout construction. The project’s total costs are estimated at $80 million, and the Hammer plans to raise an additional $100 million to expand its endowment and support its acclaimed programs and exhibitions. To date, the campaign has raised more than $130 million. 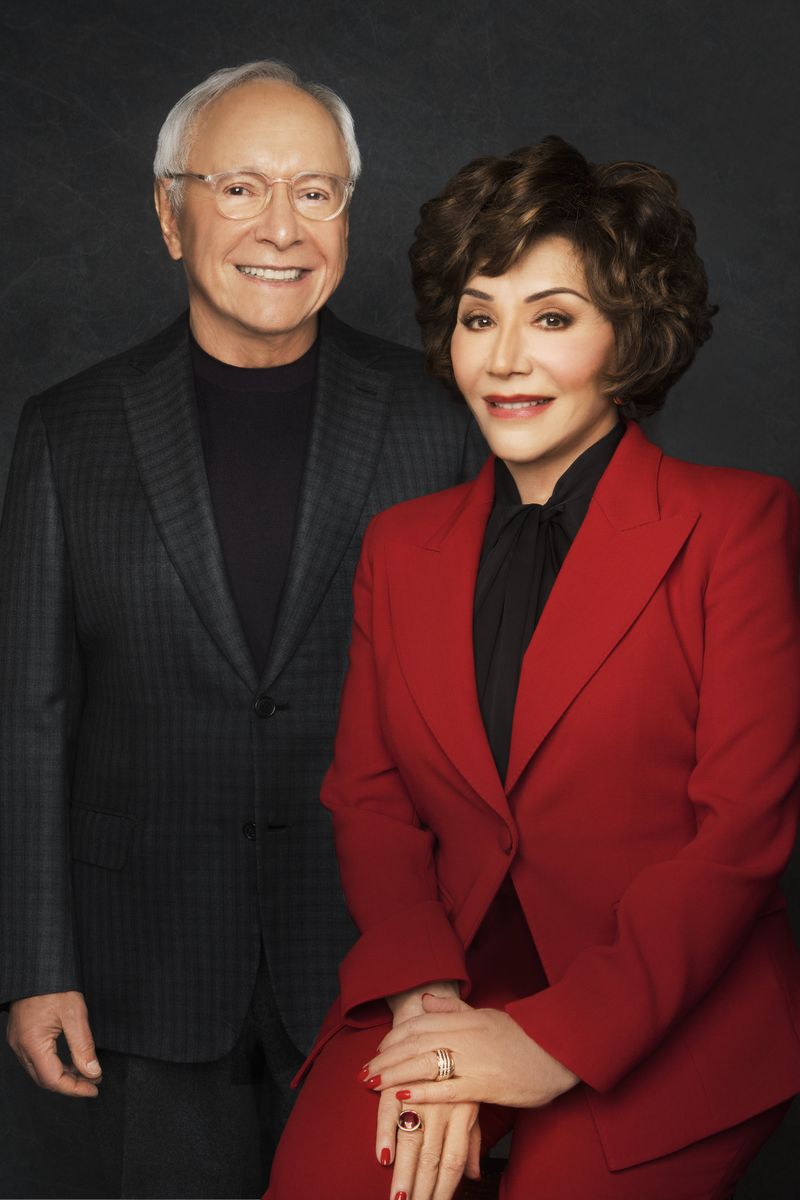 “Like UCLA, the Hammer is based on the belief that ideas and imagination enable us to become our best selves and change the world,” UCLA Chancellor Gene Block said. “Within the museum field, it stands apart in its courageous exploration of the most important issues of our time. I am deeply grateful to Lynda and Stewart Resnick for their extraordinary gift, which will sustain this work for generations to come.”

The campaign was initiated by a generous gift of $20 million from trailblazing television producer Marcy Carsey, who has served as Hammer Museum board chair since 2014. Other major support has come from the museum’s board of directors and board of overseers, as well as other generous families and foundations in Los Angeles.

“No one combines brains, heart and soul like the Hammer,” Carsey said. “We need arts institutions that are also awake to social, political and economic injustice, and that empower all of us to engage meaningfully with our communities. Under Annie’s leadership, the Hammer has shown how to do this in a truly powerful way. I’m thrilled that this campaign has inspired such generosity from the Resnicks and so many others.”

The Hammer Museum is one of three public arts institutions of the UCLA School of the Arts and Architecture, serving as a valuable resource for scholars, artists, students and the broader UCLA community. The Hammer’s campaign is part of the $4.2 billion UCLA Centennial Campaign, which is scheduled to conclude in December 2019 during UCLA’s 100th anniversary year.

Over the past two decades, the Hammer has become a thriving home for contemporary art and culture in Los Angeles, welcoming visitors from across the city and around the globe. Spurred by the need to address an expanding collection, a fivefold growth in attendance during Philbin’s tenure, and an increasingly robust schedule of free public programs, the building project will add significant capacity to serve the museum’s audiences.

“We are elated by the swift progress of the campaign and grateful for the tremendous generosity of our donors,” Philbin said. “With their remarkable lead gift, Lynda and Stewart Resnick have demonstrated their commitment to our vision for the future, and to the continued vitality not just of the Hammer but of the arts in Los Angeles.

“When completed, this project will allow us to exhibit more of our fast-growing collection, to showcase more artists who are pushing the boundaries of the field, and to make the Hammer an even more vibrant hub for contemporary culture.”

The Hammer’s building project will add 40,000 square feet of new space for the collection, exhibitions and public programs; create 60 percent more gallery space and 20,000 square feet of enhanced public space; and establish a more visible presence along Wilshire Boulevard with a new corner entrance, a sculpture terrace at Glendon Avenue and a large-scale exhibition gallery on the site currently occupied by a branch of City National Bank.

Construction to date includes a 2017 renovation of the museum’s third-floor exhibition spaces, which now features a 10,000-square-foot contiguous gallery that accommodates major traveling exhibitions. Work is currently under way to transform the courtyard-level performance space and create a dedicated gallery for new media art. Both spaces will open in June with “Made in L.A. 2018,” along with a redesigned cafe, new restaurant partner and full bar. Later this year, the Hammer will begin work to convert the grand terrace above Lindbrook Drive into a year-round space for education, installations and events. Final construction phases, slated for 2019 and 2020, will add new galleries for large-scale exhibitions, works on paper, and the renowned Hammer Projects series, and will introduce a reconfigured and more welcoming public entrance and lobby.

Lynda and Stewart Resnick are co-owners of The Wonderful Company, a privately held $4 billion global company dedicated to harvesting health and happiness around the world through its iconic consumer brands, which include Wonderful Pistachios, Wonderful Halos, POM Wonderful, FIJI Water, JUSTIN Wine and Teleflora. The Resnicks have a long-standing commitment to giving back. Their philanthropy includes historic gifts to local institutions including UCLA, LACMA and Caltech, and a transformational effort in California’s Central Valley where they support paradigm-changing work in community engagement, health and wellness, and education.

Marcy Carsey was a partner with Tom Werner in the Carsey-Werner Company, the television production company responsible for “The Cosby Show,” “Roseanne,” “3rd Rock from the Sun,” “That ’70s Show,” and “Grounded for Life.” In addition to being inducted into the Hall of Fame of the Academy of Television Arts and Sciences, and the Broadcasting and Cable Magazine’s Hall of Fame, the Carsey-Werner producing team has received numerous awards including the Emmy, the Humanitas Prize, the Peabody Award, the People’s Choice Award, the Golden Globe and the NAACP Image Award. Carsey retired from television in 2007 and now devotes her energies to public education, social justice causes and enjoying her big, raucous family.

The Hammer Museum at UCLA offers exhibitions and collections that span classic to contemporary art, as well as programs that spark meaningful encounters with art and ideas. Through a wide-ranging, international exhibition program and the biennial, “Made in L.A.”, the Hammer highlights contemporary art since the 1960s, especially the work of emerging and under recognized artists. The exhibitions, permanent collections, and nearly 300 public programs annually — including film screenings, lectures, symposia, readings, music performances, and workshops for families — are all free to the public.

The Hammer Museum building was originally designed by Edward Larrabee Barnes, and has over the last decade been enhanced and renovated by architect Michael Maltzan. The office tower building, now owned by UCLA, was designed by architect Claud Beelman, a leader in the art deco and modern movements on the West Coast in the middle of the 20th century.

Admission to all exhibitions and programs at the Hammer Museum is free, made possible through the generosity of benefactors Erika J. Glazer and Brenda R. Potter.