Researchers at the Eli and Edythe Broad Center of Regenerative Medicine and Stem Cell Research at UCLA have developed a first-of-its-kind roadmap detailing how stem cells become sensory interneurons — the cells that enable sensations like touch, pain and itch.

The study, conducted using embryonic stem cells from mice, also identified a method for producing all types of sensory interneurons in the laboratory. If this work can be replicated using human stem cells, the researchers said, it could be a key step toward the development of stem cell–based therapies that restore sensation in people who have lost feeling in parts of their body due to spinal cord injuries.

“For many years, my lab’s research has focused on helping people who have experienced spinal cord injuries feel again,” said the study’s senior author, Samantha Butler, a professor of neurobiology and member of the Broad Stem Cell Research Center. “This work brings us closer to that goal by outlining the recipe for producing the cells people need to experience the comfort of a hug or sense danger through pain.”

The findings are published today in the peer-reviewed journal Cell Reports.

Sensory interneurons, a class of neurons in the spinal cord, are responsible for relaying sensory information from throughout the body to the central nervous system. In 2018, Butler’s laboratory became the first group to create sensory interneurons from human embryonic and induced pluripotent stem cells. At that time, their study identified how to produce only some subtypes of these critical cells.

This new paper expands on that work by presenting detailed protocols that can be used to direct stem cells to differentiate into each of the six sensory interneuron subtypes. Furthermore, the interneurons created using these protocols are genetically and molecularly indistinguishable from their real-life counterparts in the body, which gives the researchers reason to believe they will have the same sensory functions.

“Each subtype of sensory interneuron transmits information about a different sensation, such as touch, pressure, stretch, pain, itch and heat,” said Sandeep Gupta, first author of the new study and a postdoctoral fellow in Butler’s laboratory. “Any cell therapy used to treat spinal cord injuries and restore sensation will need to contain all of these subtypes, and the subtypes need to resemble real interneurons as closely as possible.” 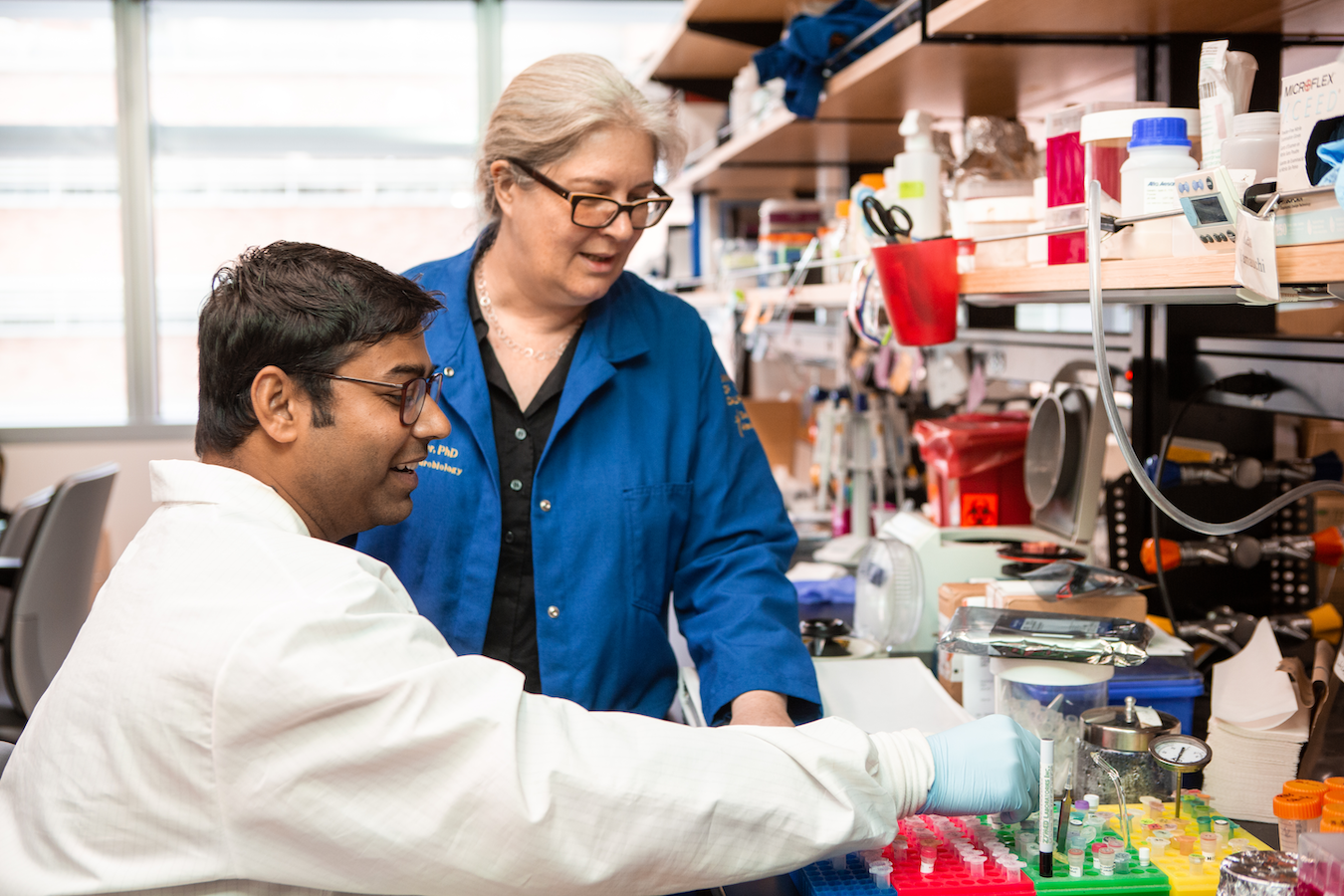 Gupta and Butler also identified unique markers on the cell surface of each of the six subtypes, which will allow scientists to isolate pure populations of these different sensory interneurons, whether derived from stem cells or obtained from the body. As a final step, they demonstrated that by making a modification to these protocols, they could successfully generate the large numbers of sensory interneurons that would be needed for clinical applications.

Taken together, these advances could be particularly useful for identifying new drugs. For example, researchers could isolate the sensory interneurons that transmit pain signals and use those to test drugs intended to block their activity in people with chronic pain.

“This opens up the possibility that we could recreate the neural circuits that regulate pain in the lab and then screen for new drugs that function like morphine but don’t target the brain, which could reduce the risk of addiction,” said Butler, who holds the Eleanor I. Leslie Chair in Pioneering Brain Research in the neurobiology department at the David Geffen School of Medicine at UCLA.

In addition to its potential implications for the development of cell therapies and drug screening, the ability to produce sensory interneurons in the laboratory could enable researchers to model, study and ultimately identify treatments for conditions that affect sensation, such as autism spectrum disorders, or chronic insensitivity to pain.

The team is now working to replicate these findings using human cells. If this work successfully yields all the subtypes of human sensory interneurons, it would provide a critical new avenue for studying sensory processing disorders, Butler said.

The protocols that direct stem cells to differentiate into the various subtypes of sensory interneurons are covered by a patent application filed by the UCLA Technology Development Group on behalf of the Regents of the University of California, with Butler and Gupta listed as co-inventors.