A UCLA-led research team has pinpointed a three-drug combination that could prove to be an effective new therapy for people with a specific type of advanced melanoma.

The approach shows promise for extending the lives of people with a type of melanoma that contains a potent gene mutation, BRAF V600E. In clinical trials, it appeared not to cause the debilitating side effects that are caused by a combination of one targeted drug and an immunotherapy drug.

The researchers found that people with the melanoma survived longer without the cancer progressing or growing when they received a combination of two targeted inhibitors that block the BRAF mutation (dabrafenib and trametinib) and an immune checkpoint inhibitor drug (pembrolizumab) as the initial treatment for their disease.

“Utilizing the three drugs together sensitized the patient’s own immune system to bolster the power of immunotherapy and block the growth of two genes — BRAF and MEK — that cause cancer cells to reproduce and grow out of control,” said Dr. Antoni Ribas, the paper’s senior author, a professor of medicine at the David Geffen School of Medicine at UCLA and director of the UCLA Jonsson Comprehensive Cancer Center’s Tumor Immunology Program.

The results of phase one and phase two clinical trials were published today in two papers in the journal Nature Medicine.

Previous studies have found that using one of the three drugs alone can dramatically shrink tumors in a small percentage of people with melanoma. A majority of people on the treatment, however, do not see any benefit or end up experiencing a relapse. Two-drug combinations also have been tested, but they, too, have had limited success.

“Earlier attempts to combine a targeted agent with an immune checkpoint inhibitor as a double-combination therapy had debilitating side effects for patients, and it was just too toxic to continue testing, so we went back to the drawing board,” said Ribas, who is also the director of the Parker Institute for Cancer Immunotherapy Center at UCLA. “We found that by using two targeted inhibitors, instead of just one, in combination with a checkpoint inhibitor, we could safely and effectively treat the cancer.”

In the phase one trial, the scientists tested the three-drug combination for safety in 15 people with BRAF-mutated metastatic melanoma. In 11 of them, the tumors shrank and remained stable and did not grow again for 12 to 27 months. 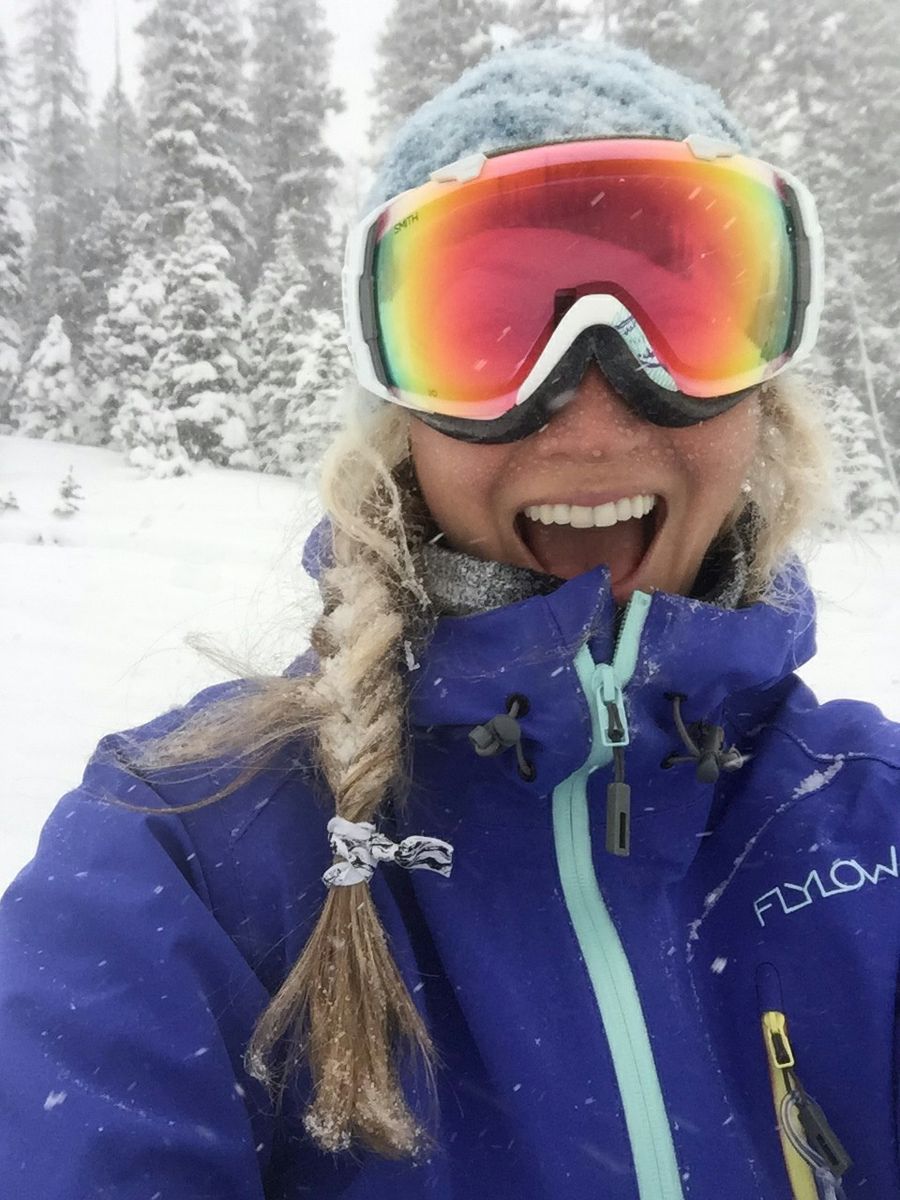 Courtesy of Joanna
Joanna was able to return to skiing after her treatment.

Returning to an active life

One of the participants in that trial was Joanna, a former Wall Street trader and veteran hiker and snowboarder. In 2014, Joanna had golf ball–sized tumors throughout her body, and she was diagnosed with BRAF-mutated advanced melanoma. By the time the clinical trial began, she needed a wheelchair to get around, a far cry from the active life she was accustomed to.

“I was in really bad shape,” Joanna said. “I was bedridden and on pain killers, and I couldn’t really move. It’s no way to live. I was obviously scared, yet surprisingly optimistic before starting the treatment.”

Just days after she began the therapy, Joanna’s tumors began to disappear.

“I could actually see it working,” she said. “The tumors started dissolving and getting smaller almost immediately. Within a month I was back walking on my own, and three months later I was on a plane to the Canadian Rockies for a vacation with one of my best friends.”

Five years later, Joanna still has no evidence of the disease.

After the study’s first phase proved the drug combination to be safe, the next phase incorporated 120 people at 22 sites around the world. Half of the patients received the three-drug combination, and the other half received the two targeted drugs and a placebo instead of the immunotherapy drug.

“The results of the triple therapy is so much more encouraging than double-therapy combinations with these drug agents,” said Ribas, who is also a member of the Eli and Edythe Broad Center of Regenerative Medicine and Stem Cell Research. “With this triple combination, we’re doing two things at once: using the two inhibitors to block the cancer from spreading, and stimulating the immune system. An immune response has the ability to remember foreign invaders and help protect the body from similar infections in the future, so enlisting an immune response to the cancer is aimed at having more durable responses to the therapy.”

The study was funded by Merck Sharp & Dohme Corp., a subsidiary of Merck & Co., and by the Parker Institute for Cancer Immunotherapy and the National Institutes of Health.

The paper’s other lead authors are Omin Hamid of The Angeles Clinic and Research Institute in Los Angeles, Paolo Ascierto of the Istituto Nazional Tumori IRCCS Fondazion G. Pascale in Naples, Italy, and Pier Francesco Ferrucci of the European Institute of Oncology, in Milan, Italy. Other authors are listed in the journal articles.