The UCLA Herb Alpert School of Music has renovated the 133-seat theater in the Schoenberg Music Building thanks to a $3 million gift from the Herb Alpert Foundation. The theater was renamed Lani Hall, in honor of Alpert’s wife, the singer Lani Hall.

“I was attracted to the idea of combining forces with the university to create a jewel of a performance space with excellent acoustics for the school’s students, faculty and audiences,” said Alpert, the pioneering musician who started the foundation with Hall. “Lani is the girl of my dreams. I know she does not seek this type of attention, but I was thrilled to surprise her with this recognition of her own artistry and to celebrate our 46th wedding anniversary.”

The refurbished venue was unveiled Dec. 15 with an intimate performance featuring vocalist Barbara Morrison, a UCLA adjunct professor; vocalist Gretchen Parlato, a UCLA alumna; and students from the music school.

In addition to showcasing the new space, the opening event highlighted the Herbie Hancock Institute of Jazz Performance at UCLA, which Alpert helped bring to UCLA in 2011, and the global jazz studies program, which has benefited from his foundation’s philanthropy. The school launched a bachelor of arts degree in the field in 2018 and has since attracted star faculty including trumpeter Terence Blanchard, who holds the Kenny Burrell Chair in Jazz Studies, and pianist Arturo O’Farrill. 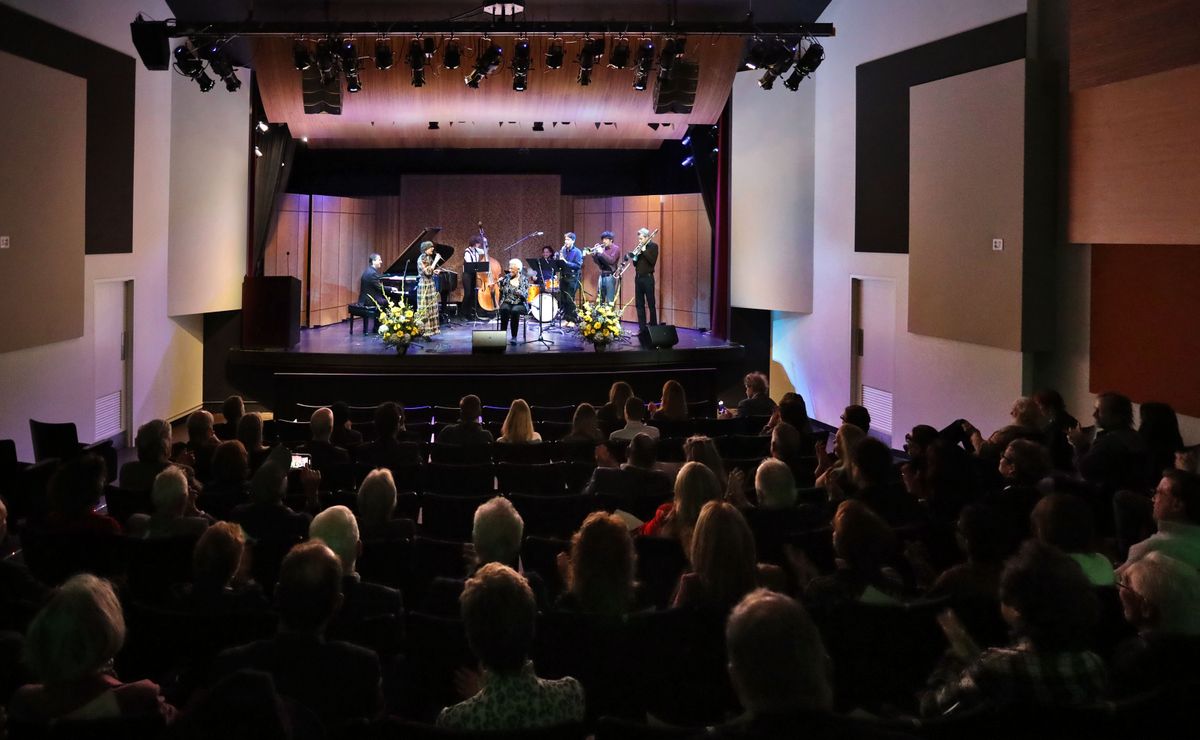 The redesign of the performance space was led by acoustician John Storyk, a founding partner of Walters-Storyk Design Group. Among Storyk’s best-known projects is his 1969 design of Jimi Hendrix’s Electric Lady Studios in New York City.

In conjunction with the foundation’s gift, UCLA contributed facilities funds toward the theater renovation and to other Schoenberg Hall upgrades, which also will include the renovation of four ensemble rooms.

“Herb and Lani’s gift is an inspiring example of what we accomplish when visionary philanthropists partner with a public university such as UCLA,” said Eileen Strempel, dean of the school of music. “We are grateful for their generosity, which has transformed this theater into an incredible resource for our students, school and community — a timely asset that amplifies our growing global jazz program and supports the work of all our students and performers.”

The theater was previously known as the Jan Popper Theater; it was named in 1981 in honor of the professor of music who founded the opera program and served on the faculty from 1949 to 1975. His legacy will continue to be recognized with a new plaque in the theater’s foyer.

“The faculty cherish the enormous contributions made by Jan Popper to past students, current alumni and the music department as a whole,” said Travis Cross, professor and chair of the department of music. “We celebrate the beautiful improvements made to this signature space for performance and learning, and we are proud to recognize Herb and Lani’s continuing investment in our students, faculty and community.”

Both award-winning musicians, Alpert and Hall have long supported artists, arts education, and compassion and well-being through The Herb Alpert Foundation. A $30 million gift in 2007 enabled UCLA to establish the school of music, and the foundation’s giving to the school now totals close to $40 million.

The foundation’s latest gift is part of the Centennial Campaign for UCLA, which is scheduled to conclude Dec. 31.