Los Angeles has a well-earned reputation as a world center for arts and entertainment — but that’s just one part of the picture according to Paul Weiss, UCLA distinguished professor of chemistry and biochemistry. He told a downtown Los Angeles audience that he believes that the same restless creative energy also drives the research community on campus.

Weiss was speaking as part of a new collaboration between UCLA and MindshareLA; that partnership is a key component of UCLA’s commitment to share the knowledge its scholars are creating with people in communities beyond Westwood. The night served as the kickoff for a yearlong, four-event series, called “Vision 2020.”

“We have this pressure on us here that if you’re not doing something a little crazy and going out on a limb, you’re not doing your job,” said Weiss, a member and former director of the California NanoSystems Institute at UCLA. “It’s a very different environment than the typical conservative academic places that many of us have seen in our training.”

Weiss, who also is a distinguished professor of bioengineering and of materials science and engineering, relates this atmosphere of ingenuity and freedom to the sometimes-surprising collaborations he’s part of as a nanoscientist, connecting with everyone from neuroscientists to transplant surgeons.

The potential of interdisciplinary work involving nanoscience — explorations at the scale of billionths of a meter — was a theme that cropped up repeatedly during “It Came from Nanospace …,” an evening of presentations and hands-on experiences produced by UCLA and MindshareLA. Weiss was among four from UCLA who were featured in the Feb. 1 event at the Cross Campus office space in downtown Los Angeles, to a crowd of about 275 attendees.

Weiss, who holds a UC Presidential Chair and is founding editor-in-chief of the journal ACS Nano, shared highlights of his own activities as a leader in his field, from his work while at IBM on a microscope capable of imaging individual atoms to his involvement with ambitious public research initiatives launched during the Obama era. He also discussed the part that nanoscience — itself an interdisciplinary field encompassing chemistry, physics, engineering and more — is playing in tackling problems in other fields.

“It Came from Nanospace …” began with a presentation by Adam Stieg, a UCLA research scientist and an associate director of CNSI. He provided a brief and engaging history of computing, leading up to a new paradigm he’s exploring in his own research with UCLA distinguished professor of chemistry and biochemistry James Gimzewski: nanoscale devices physically and functionally modeled after certain aspects of the human brain. Potential future devices based on this approach wouldn’t separate processing and memory, as contemporary computers do, and as a result are expected to operate with much greater energy efficiency.

Stieg noted that such interdisciplinary work fits naturally with nanoscience.

“As much as nano is a thing of scale — it absolutely is — it ultimately becomes something of thinking, where we have to think differently about what we expect, because things don’t behave as we would expect them to at the smallest of scales,” he said.

“We need to expect to see the unexpected,” he continued, “and to think creatively about how to leverage and harness these unique properties, and in many cases that requires talking across disciplines that we normally wouldn’t.” 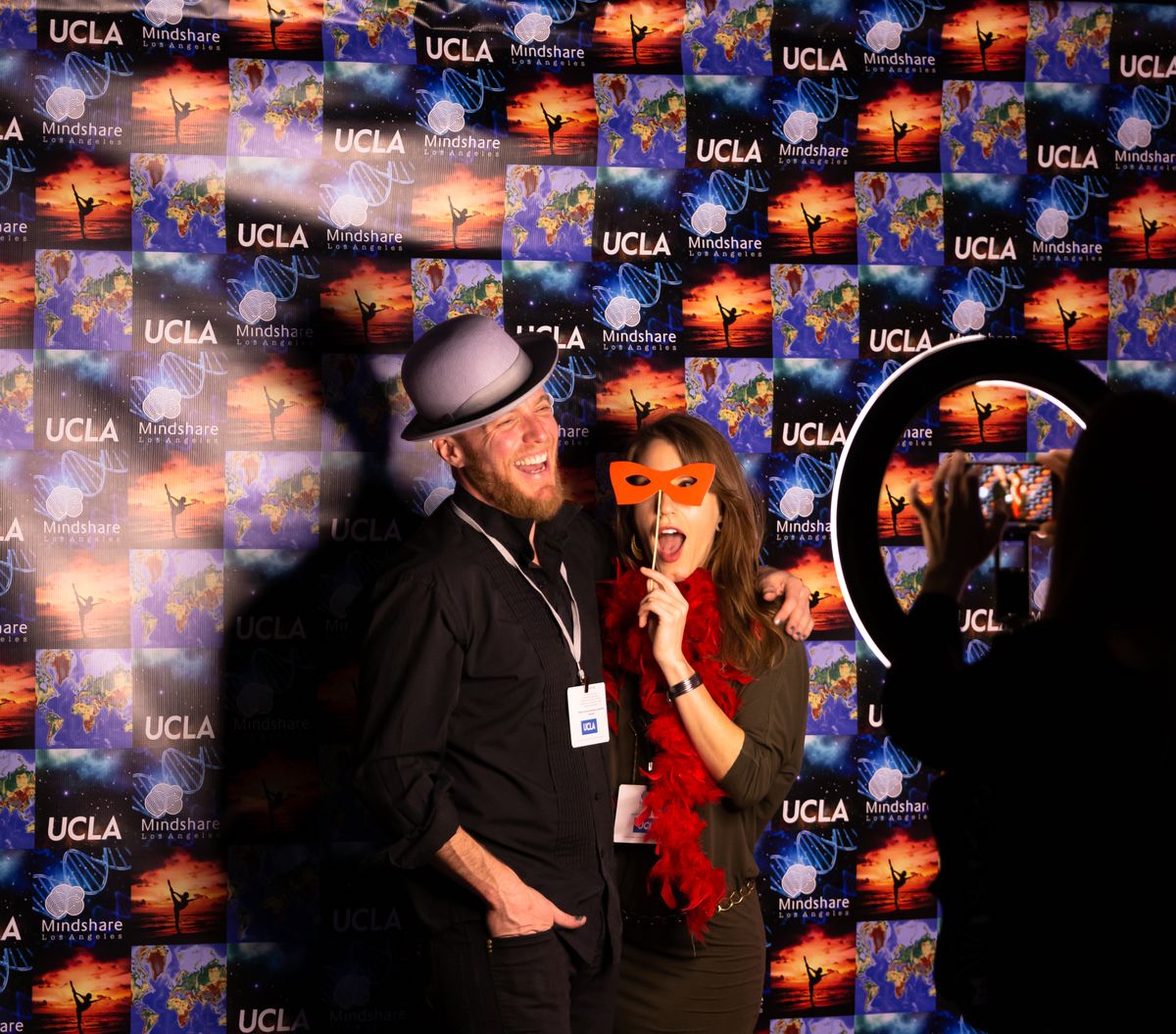 Marc Roseboro/UCLA
Attendees enjoy the “It Came from Nanospace …” event, which combined presentations and hands-on experiences in downtown Los Angeles.

After a musical interlude, the attendees heard from Clarice Aiello, UCLA assistant professor of electrical and computer engineering and a member of CNSI. She discussed her investigations into the quantum behavior behind chemical sensors in nature — such as those that underlie birds’ ability to use faint signals from Earth’s magnetic field to guide their migration.

“The question that my group and other groups are trying to answer is, ‘Can quantum physics be established or refuted to account for relevant biological phenomena, and importantly be manipulated and controlled for technological and therapeutic advantage?’” said Aiello, who leads the Quantum Biology Tech Lab at UCLA, known as QuBIT.

She spoke about recent discoveries about cryptochrome, a protein found in the retinas of birds that is believed to be the key to their magnetic sense. She also provided examples of potential applications for knowledge about these kinds of quantum-based biochemical reactions: drugs that protect from the harmful effects of radiation, magnetic therapies that correct metabolic disorders and quantum computers that work at room temperature instead of requiring extreme cold.

Aiello echoed the importance of collaborations across scientific fields.

“I really think that by joining forces we can actually solve a lot of more-interesting problems than if we are just restricted to our own disciplines,” she said.

Attendees also enjoyed musical performances and hands-on experiences such as “Noise Aquarium,” an art installation by Victoria Vesna, professor of design media arts and director of the UCLA Art|Sci Center, which is a collaboration between the design media arts department in the UCLA School of the Arts and Architecture and CNSI.

The interactive installation provided participants with an immersive virtual reality trip beneath the ocean’s surface, where they had close encounters with enlarged projections of plankton — collectively the largest source of oxygen in our atmosphere — and experienced the underwater noise pollution that results from human activities such as sonar navigation and fracking.

A collaboration involving artists and scientists in Vienna, the installation uses three-dimensional scans of the microscopic plankton, as well as actual sounds recorded in the ocean. “Noise Aquarium,” which evolved from a linear video that has been presented to audiences around the globe, is meant to bring awareness to issues such as climate change and pollution.

MindshareLA is an event series and mecca for entrepreneurs, designers, technologists and other creative, forward-thinking Angelenos seeking inspiration and connection. It has hosted 150 events and spawned numerous successful companies and countless relationships.