Activist artists including actor Danny Glover, singer-songwriters Aloe Blacc and Maya Jupiter, hip-hop luminary Chuck D, poet Luis Rodriquez and other advocates for sweeping change in the U.S. criminal justice system are visiting UCLA April 12–14 for a series of talks, performances, interactive art workshops, film screenings and an exhibition featuring creative work from incarcerated individuals. All events on campus are free and open to the public.

It’s all part of the inaugural “Connecting Art and Law for Liberation” festival created by Delaram Kamalpour, third-year student at UCLA School of Law and an alumna of UCLA’s College of Letters and Science. She is also the fellow for the Prison Law and Policy Program in the law school. Kamalpour graduates in May with plans to enter a career as a public defender and hopes to leave her brainchild, which is abbreviated as CALL, as a lasting campus legacy.

“This is the culmination of a dream I had a year ago,” Kamalpour said. “Unfortunately at this time, not everyone is ready to accept that prisoners’ rights are human rights, they are people who have hopes and aspirations and are talented and thoughtful.”

Her hope is to initiate more dialogue, harnessing the work that artists, law advocates and reform activists are all already doing. 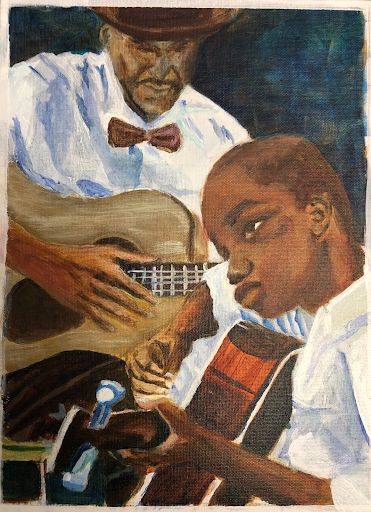 “They are doing this work fiercely, but not always in union, and my hope is that CALL will be an opportunity for us to come together,” Kamalpour said.

On April 13 film screenings begin at 4 p.m. in the Fowler Museum at UCLA’s Lenart Auditorium, followed by a reception and gallery exhibition titled “Art from the Inside,” on the Fowler terrace, where singer-songwriters Aloe Blacc and Maya Jupiter will close out the evening with live performances and reflective speeches on the topic of ending mass incarceration.

Kamalpour is especially eager for people to see the curated series of visual art submitted by currently incarcerated individuals. These pieces will be on display in the Fowler Museum also on April 13. There will be biographical information on each artist as well as notebook for visitors to share a note or message. These will be collected and sent back to the artists.

“I’m a big lover of all the arts and music,” Kamalpour said. “I believe art has a really special role in sharing with the world things we struggle to articulate every day.”

Throughout Saturday and Sunday there will be art-making workshops driven through the lens of issues facing folks who are currently or formerly incarcerated.

On April 14 at 10 a.m., Chuck D of Public Enemy will appear in conversation with professors Virani and Bain in room 1347 in law school. Sunday’s schedule also includes roundtables for attendees to talk about next steps, a resource fair, Paws for Life K9 rescues featuring dogs and their trainers, who are formerly incarcerated people, and closing remarks from Donna Hylton, author and formerly incarcerated criminal justice reform activist.

The full schedule can be found at www.calltoactionucla.com/schedule.