In 1936, the nation hailed James “Jimmy” LuValle as one of the fastest quarter-milers in the world. With teammate Jesse Owens, who was also Black, he took home an Olympic medal at the games, presided over by Adolf Hitler in Berlin.

In the wider world beyond the track stadium, LuValle did more than win the bronze medal in the 400-meter competition. He was a UCLA student who excelled in chemistry and physics, a campus leader who went on to break more racial barriers than speed records.

Mentored by UCLA faculty more than 85 years ago, LuValle graduated Phi Beta Kappa with a bachelor’s degree in chemistry and a master’s degree in chemistry and physics before becoming the first Black person to receive a doctorate at Caltech. He later became the first Black person to work in the research labs of the Eastman Kodak Company, where he helped advance color processing techniques.

And while he may be remembered for crossing the finish line at the Olympics just 0.3 seconds behind two other runners, other numbers reveal more about LuValle, who died in 1993 at age 80. He authored 35 papers that appeared in peer-reviewed scientific journals and held eight patents.

As we honor distinguished African Americans during Black History Month, the UCLA Division of Physical Sciences and the Department of Chemistry and Biochemistry have established a fund to support the department’s efforts to advance equity, diversity and inclusion, especially through supporting students from underrepresented backgrounds. To recognize his embodiment of true Bruin spirit, they have named it the James. E. LuValle Fund for Excellence in Chemistry. The division and the department will each match donations to the fund.

“Jimmy LuValle’s exemplary work as a UCLA chemistry student and influential career as a scientist and science advocate offers much for us all to learn and be inspired by,” said Miguel Garcia-Garibay, dean of physical sciences in the UCLA College. “He is a beacon for our students during a challenging time when it is critical for us to make sure our future scientists have all they need to succeed.”

During his years at UCLA, LuValle demonstrated that a student who excels in academics and athletics can also be a leader in serving his community.

“LuValle was known as a brilliant, sincere and dedicated scientist who made an impact on those around him through his public service,” said Neil Garg, chair of the chemistry and biochemistry department. “Our mission with this fund is to celebrate the excellence of our students and give Black students the opportunity to follow in LuValle’s footsteps.” 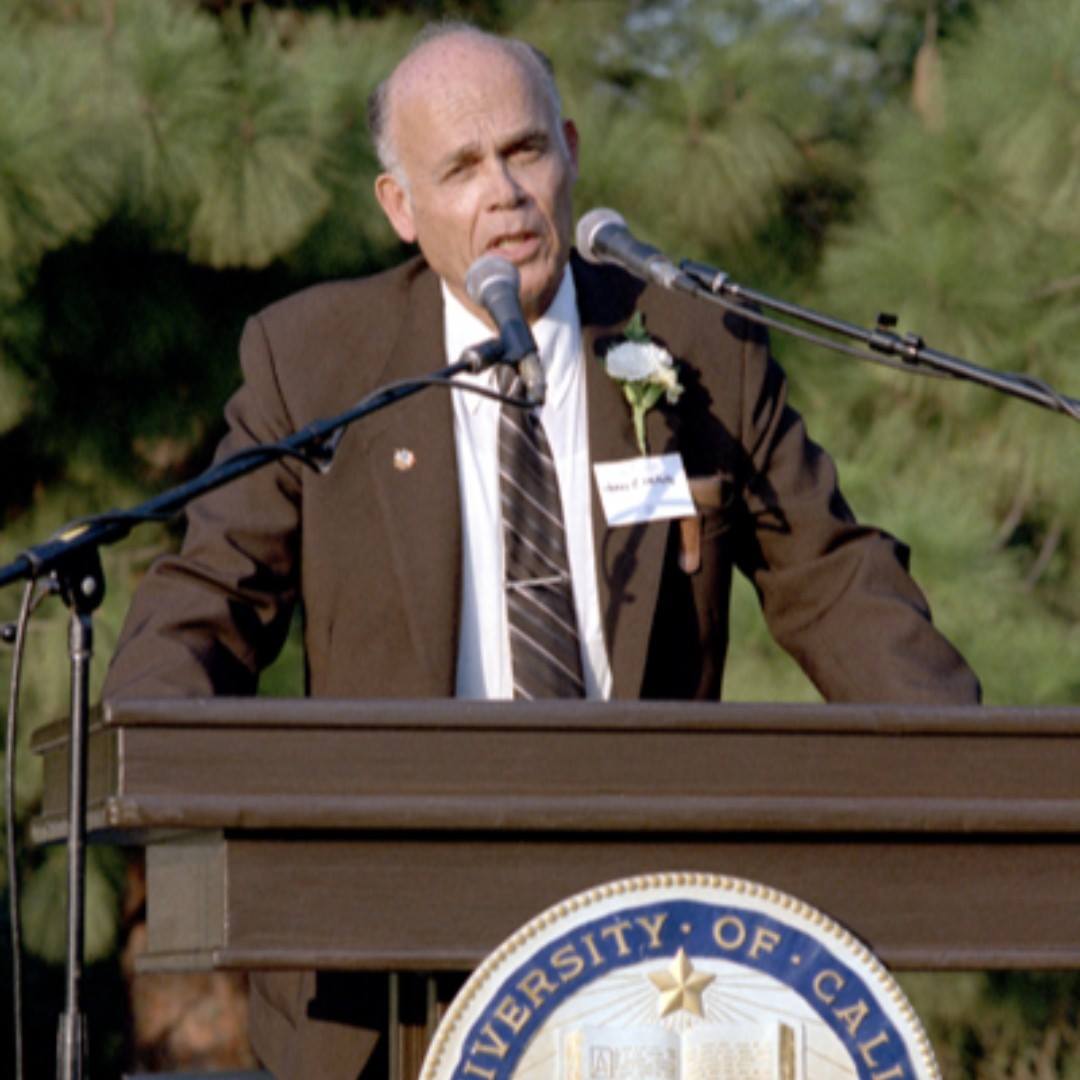 UCLA
Jimmy LuValle at UCLA in 1985 when the north campus student center was named LuValle Commons.

During his lifetime, LuValle earned many honors, including the Professional Achievement Award from the UCLA Alumni Association and the Distinguished Alumni Award from Caltech, both given in 1987.

Two years earlier, he was awarded a singular honor. UCLA named a new student center after LuValle for his leadership in forming an all-campus organization for graduate students.

The Associated Graduate Students, which he cofounded in 1936 and led as its first president, “wasn’t anything fancy at that time,” LuValle recalled in an oral history for UCLA Library Special Collections. “It was just trying to be an association where the graduate students would have a voice in what went on about them and have a means of being heard.”

It evolved into the official governing body that represents graduate students today.

Initially, UCLA wasn’t a clear choice for the bright high school student. At the time, the university didn’t offer track scholarships. And LuValle, a track star at Los Angeles Polytechnic High School, had his pick of athletic scholarships from USC and Notre Dame. But a ruptured appendix, gangrene and peritonitis kept him intermittently hospitalized over six months, time he used to think hard about college.

“I decided what I wanted was an education,” he said. And UCLA, affordable for a California resident, held the most promise.

Fortunately, the resources he needed fell into place after his first semester. A job in the chemistry department sustained him through his undergraduate years, followed by a graduate assistantship. He also secured a regents scholarship, given to students who demonstrate academic excellence and dedication to their community.

“The regents scholarship, plus the job in chemistry, made me totally independent of the athletic department,” he said, and allowed him to stay on course with his studies while on the track team. “Remember — at this time, athletics was purely a sideline. The main thing was I was trying to get an education in the sciences.”

Right school at the time right time for the right man

LuValle felt lucky to be at a young university with fewer than 4,000 students. “I went to UCLA at the right time. … We had all the contact we wanted with every professor that taught courses.” Among his fellow students were Saul Winstein, later a winner of the National Medal of Science, and Glenn Seaborg, winner of the 1951 Nobel Prize in Chemistry.  Both were teaching assistants in LuValle’s classes.

“I probably got the best education that I could have at UCLA. … You could go to work and do research for the profs by the time you were a sophomore,” he said in the oral history. “You became friends with your professors. You talked over your problems with them. They knew what you wanted to do, what you were interested in.”

Busy with classes and sports, he also joined the first group of students to serve as camp counselors at what is now UCLA UniCamp, a student-run summer camp for disadvantaged children. When Black students weren’t allowed to attend Elks Club dances, Provost Ernest Carroll Moore asked LuValle to intervene. It took a month and a half but he was able to quietly persuade club leaders to change that policy.

Having earned a master’s degree in chemistry and physics in 1937, LuValle began his doctoral work at Caltech after UCLA faculty members talked to celebrated chemistry pioneer Linus Pauling about taking on this talented student. Offered a graduate assistantship and support from the Julius Rosenwald Fund, LuValle jumped at the chance to work with the future double-Nobel laureate.

Under Pauling’s guidance, LuValle worked on solving the problem of resonance in conjugated unsaturated organic molecules containing oxygen. In his research journal, he proposed new investigations to uncover the structure of proteins using X-ray and denaturation techniques.

Throughout his long career at various universities and industry research labs, he applied his expertise in photochemistry, electron diffraction, magnetic resonance, solid-state physics and neurochemistry. Joining the National Defense Research Committee, he worked at the University of Chicago and Caltech on devising instruments to monitor carbon dioxide in planes.

Before he retired from Stanford University, he served as its director of undergraduate chemistry laboratories and developed summer programs for students of color, among other endeavors. A graduate student he mentored, Janet Stemwedel, wrote in a Scientific American blog: “With all of those accomplishments under his belt … he wasn’t afraid to dig back to his experience of what it was like to be a graduate student, to remember the uncertainty, frustration and fear… “

LuValle said a lesson he learned early from his mother helped him get through tough times like these.

“My mother believed that I could accomplish anything I set out to do. My mother insisted that I think of myself as a human being, as an American citizen, not as an ethnic person at all, not as a Black, not as a Protestant. … She insisted that … if I had a job, I should give 100 percent of myself to that job, regardless of what the job was.”