It’s an impulse as old as humankind: to look up at the stars and wonder. Over the decades, UCLA’s faculty and alumni have translated wonder into action, exploring the cosmos as astrophysicists, engineers, astronauts and NASA mission scientists.

Professor Emerita Margaret Kivelson discovered an ocean under the icy crust of Europa. David Jewitt hunts comets; Jean-Luc Margot investigates the formation and evolution of habitable worlds; and Mark Morris studies the innermost regions of the Milky Way, as does Andrea Ghez, who proved the existence of a black hole at the center of our galaxy.

From the prototype space suits of the 1950s to the ELFIN satellite orbiting the Earth, UCLA has a proud history of space exploration. To be continued!

The UCLA Herb Alpert School of Music creates community through the preservation and creation of ethnic music. Vinyl records fill the aisles of the newly renovated Ethnomusicology Archive, which holds more than 150,000 audio, video, print and photographic items, documenting all world musical expressions. Among them, three genres in particular have created community:

In the early ’90s, Vicki Lataillade ’80 started the GospoCentric label and signed Kirk Franklin, who tore up the charts with the hit single “Why We Sing.” As the genre began to merge with hip-hop and R&B, the music and its message brought people together.

Mariachi “UCLA definitely played a role in elevating mariachi music,” says Daniel Sheehy ’70, M.A. ’74, Ph.D. ’79, an early member of Uclatlán, the UCLA student group dedicated to the performance of traditional Mexican music. Sheehy and others found a personal connection in mariachi, which hadn’t yet been widely adopted in the States. Their dedication brought together countless Mexican Americans eager to connect with their heritage. 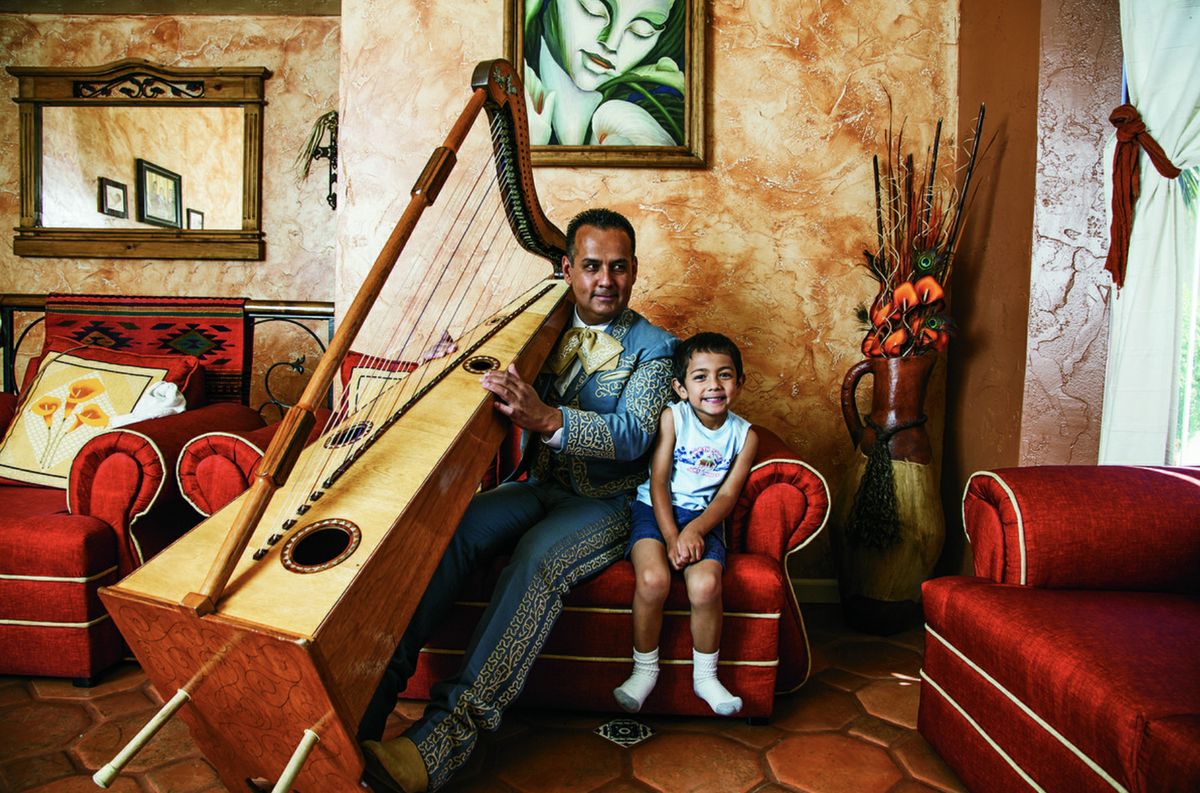 Jazz In 1951, UCLA became the nation’s first major institution to offer credit for the study of jazz history. Today, the university offers an array of programs, including the Herbie Hancock Institute of Jazz Performance.

In the capital of car culture, UCLA has been a leader in solving a congested city’s complex transportation problems. As early as 1925, UCLA researchers resolved to tackle the alarming new problems of street accidents and congestion. “Some of the very earliest work in traffic engineering, in designing streets to accommodate the newfangled automobile, actually took place at UCLA,” says Martin Wachs, distinguished professor emeritus of urban planning at the Luskin School of Public Affairs. “When you see ancient film of cars crashing into barriers with dummies moving forward on impact, some of that was done in the School of Engineering.”

Juan Matute M.A./M.B.A. ’09, deputy director at the Institute of Transportation Studies, looks at how employers can incentivize employees to find driving alternatives — for example, by pairing public transit with on-demand car services like Lyft.

Meanwhile, Ankur Mehta, an assistant professor of electrical engineering, has modeled the potential impact of mixed autonomy in urban settings. Mehta suggests that L.A. could have a fleet of autonomous vehicles deployed to break up congestion or regulate traffic.

Wachs says, “A hallmark of transportation work at UCLA over the decades, including going back to the ’40s and ’50s, is work that has practical application.” And that tradition lives on today. UCLA continues to examine challenges that arise with each new form of getting around, such as electric scooters.

A Better World, One Story at a Time

Jeffery Skoll, the first full-time employee and first president of eBay and founder of Participant Media, has spent decades using storytelling to make a better world. What better partner for him, then, than the storytelling school: UCLA’s School of Theater, Film & Television (TFT), now home of the Skoll Center for Social Impact Entertainment?

Jeff Skoll aspired to tell stories that would spur interest in “the big issues of the world.”

The center is the first of its kind dedicated solely to advancing the power of entertainment and performing arts to inspire social change. When it launched in 2014, Skoll said, “I founded Participant Media in the belief that a story well told has the power to ignite positive social change. This new center is an extension of that vision, with the goal of empowering a new generation and elevating storytelling as a tool to create impact and empower people to connect to the social issues that can have a profound impact on our world.”

The center produces the State of Social Impact Entertainment, a report that maps the landscape of social impact entertainment, examines frameworks for measurement, establishes best practices, highlights key issues and corroborates generally accepted impact principles. Education efforts include a graduate-level Participant Media fellowship and, with a grant from the center, ENGAGE LA, in which TFT seniors created interactive media works on such subjects as housing, immigration, the environment and education.

There’s also a new degree program for social impact entertainment and the Center for Storytelling,Technology and Innovation, a global center dedicated to research excellence at the intersection of story, performance and technology — all designed to deliver stories that don’t just move the audience, but also change the world.

When Carol Burnett came to UCLA in 1951, an anonymous donor paid her tuition. She studied theater arts, auditioned for campus productions and discovered her knack for comedy. Her life changed forever in 1953, when her acting at a party for a faculty member wowed a couple in the audience so much that they offered to lend her $1,000 to try her luck in New York. She took the loan and repaid it exactly five years later. She made her Broadway debut in 1959, in the musical Once Upon a Mattress.

Singer Judy Kaye got her start at UCLA when she won the role of Lucy in a production of You’re a Good Man, Charlie Brown. Then came the national tour of Grease, playing tough girl Betty Rizzo. From there, her star ascended. Today, she is a two-time Tony Award winner (for Phantom of the Opera and Nice Work If You Can Get It), and her voice, spanning three octaves, has dazzled audiences of musicals, plays, operas and symphonies.

A Place to Play

Three years before Frank Gehry unveiled his 2017 master plan for the L.A. River, UCLA Associate Professor of English Allison Carruth hatched her own plan to make the 51-mile waterway a citizen-friendly experience. Teaming with arts collective Project 51 and Jenny Price, a research scholar with the UCLA Center for the Study of Women, Carruth produced a pocket-sized guide to the river’s low-key attractions. The twist: “Play the River” came formatted as a deck of playing cards. In place of diamonds, hearts and clubs, each oversized card contained a map and factoids pegged to a prime riverfront location suitable for biking, hiking, bird-watching and contemplating nature. The 51-week program is archived at playthelariver.com.

Paved after World War II at a substantial cost in the wake of a catastrophic 1938 deluge, much of the river flows through flood-control ditches. But charming nooks and crannies abound. They include a shaded breezeway beneath the First Street Bridge that provides bucolic respite from urban life. Carruth says, “When you look up, there’s this portico that would be the perfect place for friends and couples visiting the river to reenact the Romeo and Juliet balcony scene.” 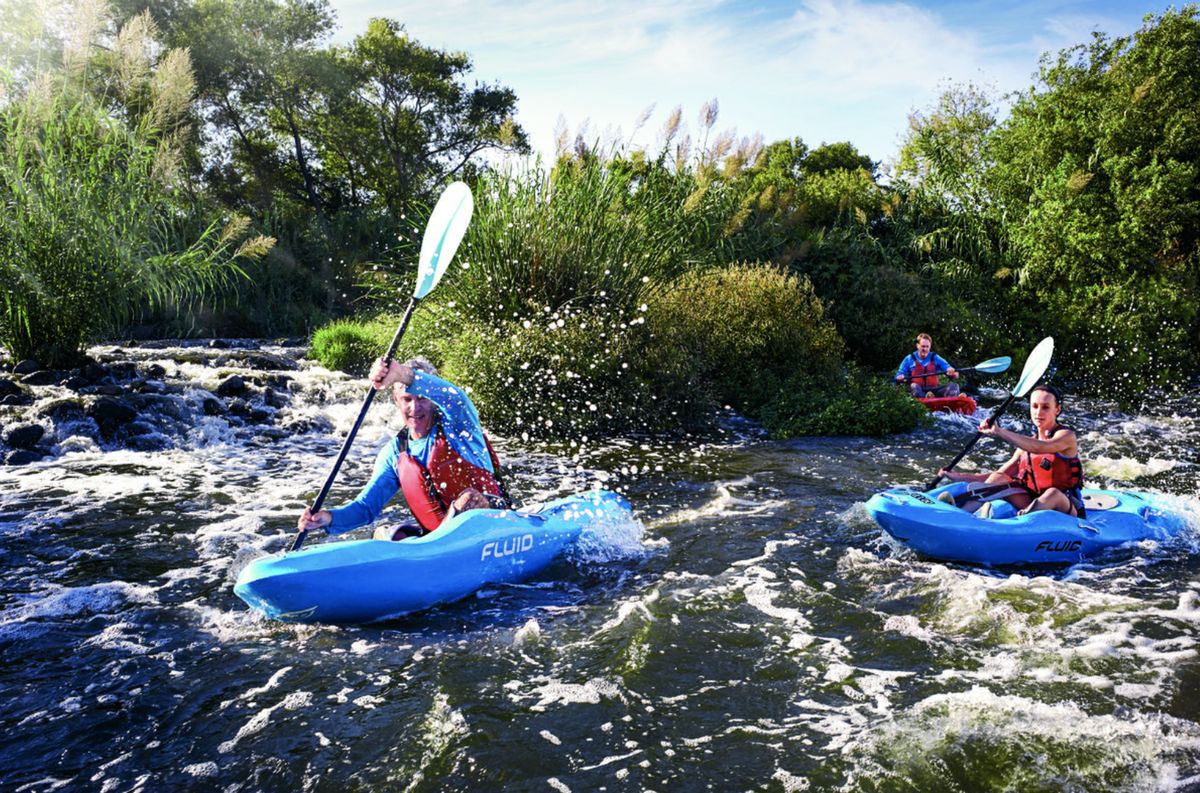 The heavy smog of Los Angeles in the 1970s was the stuff of national news. Photos show people wearing gas masks while walking. In response, L.A. — and UCLA in particular — has birthed and continues to produce the most significant technologies aimed at cleaning the air: smog-check equipment, air-quality filters and fuel-injection technology (which has reduced automobile pollution worldwide).

Today, the city’s air is more than 70% cleaner, according to Professor Suzanne Paulson, director of the Center for Clean Air at UCLA’s Institute of the Environment and Sustainability (IoES). Thanks to emissions controls and other developments, she says tailpipe emissions are between 400 and 1,000 times cleaner than in L.A.’s hazy heyday.

Paulson was among the UCLA scientists who helped develop cleaner-burning reformulated gasoline, slashing ozone levels in the 1990s. She calls it “the single most effective thing we’ve done” to clean up the air. Her group has documented air-quality risks near freeways, leading to new land-use and building policies.

The California Energy Commission recently awarded IoES researchers $1 million to study the impacts of indoor air quality on disadvantaged communities. Others on campus are focusing on reducing emissions that are harmful to the planet, such as a device that improves the energy efficiency of hydrogen vehicles and a technique that turns carbon dioxide emissions into a new form of concrete.

While progress is being made, Paulson notes that L.A. is still not meeting some clean-air standards. “We don’t have clean air yet,” she says. The work will go on.

The opening of the UCLA Meyer and Renee Luskin Conference Center was a milestone, not just for the campus but for the entire state. The Luskin Center is only the second building of its kind in California to earn a LEED Platinum rating, the highest green certification.

The hospitality industry is not known for sustainability. The state of California estimates that an average-sized hotel purchases more products in a week than 100 families do in a year. Waste generation can reach 30 pounds per room per day.

The Luskin Center is different, demonstrating that sustainability is not about sacrifice or even trade-offs. As faculty member and environmental economist Magali Delmas puts it, “In this place, there is no compromise between sustainability and beauty.”

A professor in the Anderson School of Management and in the Institute of the Environment and Sustainability, Delmas has done extensive research on the benefits of LEED-certified green buildings. “We feel better and are more productive in LEED buildings,” she says.

UCLA chief sustainability officer Nurit Katz M.B.A. ’08, M.P.P. ’08 notes that in addition to the use of natural light and insulated glass for energy savings, the restaurant and landscaping make Luskin Conference Center a living laboratory for sustainability. “We practice what we teach,” she says.

Appropriately, one of the first major event in the center was the October 2016 environmental conference “Earth Now, Earth 2050.”

Parking is not just a Los Angeles problem — it affects cities across the nation. UCLA Professor Emeritus Donald Shoup has long been aware of this, and he’s tried to make others aware, too. He changed the phenomenon of parking when he introduced a radical new approach: adjusting on-street parking prices in relation to demand, and using parking revenue to pay for public services in the community.

“Parking is the single largest land use in most cities, and small reforms can produce big benefits,” he says.

After decades of looking into parking in Southern California, Shoup found that free street parking leads to more driving, traffic, fuel consumption and carbon dioxide emissions. To solve these problems, he pushed for putting an appropriate price on parking — which also gives cities a new revenue for the surrounding community.

Some of Shoup’s policy recommendations have become state law in California and are in the federal tax code. His ideas have been implemented in a number of cities, including downtown Los Angeles, where L.A. Express Park includes 6,000 meters that charge variable prices to regulate supply according to demand.

Another example of success from paid parking is Old Pasadena — previously a commercial skid row. Parking meters were installed, and the subsequent revenue went toward local public improvements. The result? A popular shopping destination.

“Some people agreed with me at the beginning,” Shoup says, “but now it’s becoming just a flood of cities that are reducing or removing off-street parking requirements.”

This UCLA pioneer of parking policy even has a nickname inspired by a pop culture icon: Shoup Dogg.