When Christian Cruz transferred to UCLA in 2019, he wanted to make the most of his two years. His main goal was securing a good job after graduation so he could help his family financially. But Cruz, a first-generation student, didn’t know how to navigate his job search, and he had never written a résumé or cover letter. Then, during his first year as a Bruin, a UCLA Career Center coach visited one of his lectures to promote the center’s services.

“From that presentation, I thought, ‘Wow, there’s so much out there that I need to know,’” Cruz says. He immediately scheduled a one-on-one appointment with a career engagement educator to learn more. Not only did he end up writing a professional résumé, he also learned about other important resources, such as LinkedIn, the career-focused social media platform. “If you don’t have an account on LinkedIn, it’s almost like you don’t exist,” he says, laughing.

Based on his positive experience with the career center, Cruz, a senior majoring in Chicana/o and Central American studies, decided to work there as a peer intern, with a focus on diversity outreach. “I have the opportunity to help students one-on-one with their résumé, cover letter and job search, and that’s awesome,” he says. “Every student has a story, and my role is to help them craft that story on paper when they’re applying for job opportunities.”

COVID-19 has complicated things for students, however, and Cruz cites problems such as Zoom fatigue. “It’s a rough time for everybody,” he says. “But seeing the number of students who come to the career center’s online events, information sessions and webinars is what motivates me.”

Amid the pandemic and the uncertainties regarding the future of work, the UCLA Career Center has re-imagined how to assist students in this new virtual world. For instance, while other universities have canceled their career fairs, UCLA redesigned its event to span several days online, starting with a general informational session. After that initial session, students can sign up for one-on-one video appointments with employers. The follow-up meeting can be purely informational or can serve as a formal interview.

UCLA is also leading the rest of the University of California system in the number of employers registered at its virtual events. While other career centers have seen a decline in events and job offerings, the UCLA Career Center is thriving, scheduling multiple career fairs in various industries — from business consulting and management to engineering and technology — and registering almost double the number of employers at its events compared to the other UCs.

UCLA Career Center Executive Director Hassan Akmal ’01 and his team acknowledge the unique challenges that students face during the pandemic. The center’s focus is on providing resources so that students can successfully search for a job and ace a virtual interview. 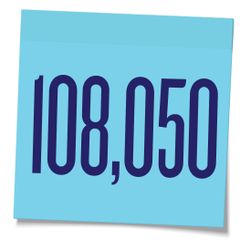 UCLA provides and supports 108,050 jobs, including the UCLA Health system and direct, indirect and induced jobs not on the university’s payroll.

“Instead of coaching a student on how to interview face-to-face,” Akmal says, “we’re coaching them on how to set up their Zoom background, how to have the right posture and how to make eye contact — not with the Zoom screen, but with the actual camera.”

Last spring, at the beginning of the pandemic, “most career centers put everything on hold and stopped registrations, but we began with empathy with our employers to really understand their needs and align tailored solutions,” Akmal says. “As a result of that, we have been really successful. Many other career centers have reached out to us to ask, ‘How did you pull that off?’ And they’re now adopting similar strategies.”

He adds, “Initially, we didn’t know whether these virtual events would work, but we took calculated risks, and they have paid off. There’s a ton of activity and opportunity, and we’re getting that message out to students.”

Graduate students also utilize the career center’s resources, from workshops to career advising, which are tailored to meet more accelerated needs. “Career services for graduate students are different from those of undergraduates, since they’re further along in their careers, so we focus more on career transitioning and/or advancement,” Akmal explains. “But they’re similar in that they have the same aspirations and needs.”

The career center partners with stakeholders across campus to assist students with networking and mentorship — two important parts of a successful job search.

One such collaboration, launched with the UCLA Graduate Division and the UCLA Alumni Association, is a brand-new mentorship program for graduate students. Akmal hopes the pilot program will benefit those pursuing more niche areas.

The career center also partners with the Alumni Association on the networking platform UCLA ONE, which has more than 48,000 users, to connect students with alumni who are offering job-shadowing and skill-building opportunities as well as mentorships. Alumni post on their profiles that they are willing to help, and students self-select based on industry, experience and interest.

“The career center helped me with the job search process and with having the confidence to apply in the first place.” — Christian Cruz 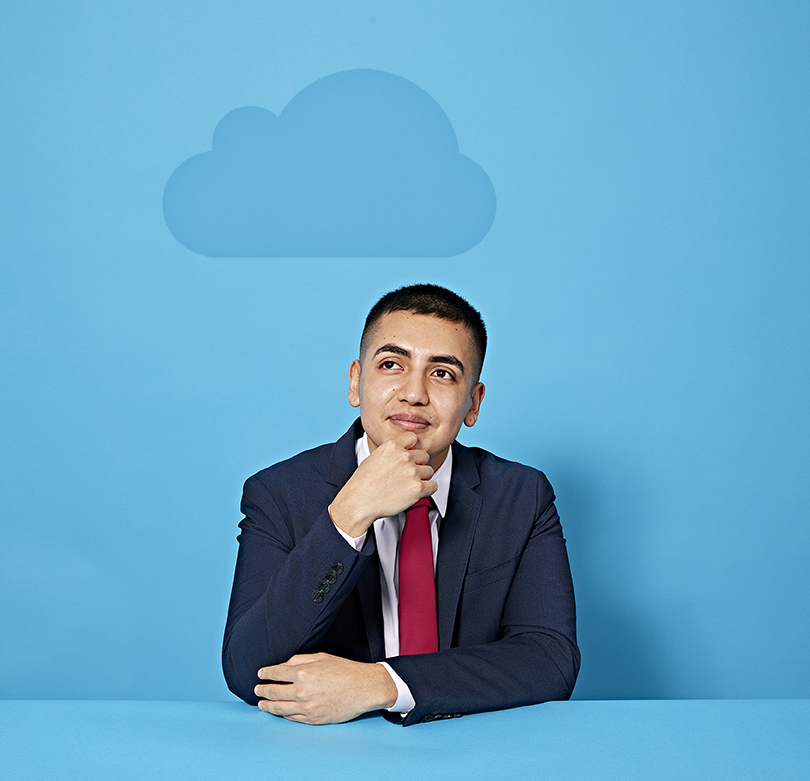 Meiko Arquillos
Christian Cruz, a senior majoring in Chicana/o and Central American studies, will work at the technology company Oracle after he graduates.

“We want students to know that they have a community around them,” says Gloria Ko ’06, M.Ed. ’07, the Alumni Association’s senior director of alumni career engagement. “Even though you may not know what will happen in the next six months, that doesn’t mean you can’t take action steps right now to bolster your network and create connections. That way, if opportunities do arise, you’re ready.”

Ko hopes students can find solace among other Bruins. “The Bruin network is incredibly strong, and the pandemic has only shown it to be that much stronger,” she says. “Alumni are so excited to give back to the university, and they believe in our students. They want to help.”

Katrina Ward, the Alumni Association’s director of strategic outreach and engagement, also emphasizes the importance of connecting with the Bruin community. That was the motivation for reenvisioning UCLA’s 50-plus-year tradition Dinner for 12 Strangers, during which students, faculty and alumni gather around a table and connect as fellow Bruins. Rather than cancel the in-person dinners for the foreseeable future, the Alumni Association decided to continue the event online. These virtual dinners are held on Zoom, featuring branded virtual backgrounds and introductory activities.

“It’s a lonely time for our world, for our society, and we want to create some sort of normalcy,” Ward says. “We want to keep some of our traditions going so people can still look forward to those opportunities to connect.” 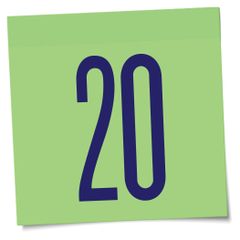 UCLA’s focus on career and professional development has not only served the UCLA community, but it has also helped spark the creation of the UC Alumni Career Network, a systemwide initiative to provide career webinars as well as networking and career fair opportunities for students and alumni across the UC system.

When Malcolm Au ’20 graduated last June with a bachelor’s degree in environmental science, he was concerned about finding a job during a pandemic. But within two months, he was hired as a program adviser at Grades of Green, a nonprofit that educates K–12 students about the environment. Through his involvement with UCLA’s Sustainability Action Research program, Au met a Bruin who worked at the nonprofit. She thought he would be a great fit for the company and set up a call for him with the executive director, which led to a job offer.

During his senior year, Au attended many of the Student Alumni Association’s Networking Nights, which give students the opportunity to learn from alumni working in a specific field, such as entertainment, marketing or digital media.

“Even if it wasn’t my field, I would still attend, just to get that experience of talking to people on a professional level,” Au says. “Networking helps with the social aspect of finding a job. You can have straight A’s, but you still need to be able to talk to someone and communicate. The Student Alumni Association helps students from that professional standpoint.”

Meiko Arquillos
Malcolm Au ’20, who majored in environmental science, is a program adviser at the nonprofit Grades of Green.

Many seniors have already started looking for a job, hoping to secure a position before graduation. But the pandemic has intensified the pressure. Danya Elgebaly, a senior majoring in cognitive science and minoring in digital humanities, admits she feels nervous.

“It’s an unusual time, and I feel anxious about where I’ll be a couple of months from now,” she says. “The uncertainty is the most nerve-wracking.”

Despite that uncertainty, Elgebaly has remained focused, utilizing several resources at the UCLA Career Center, including Handshake, an online platform that connects students to career opportunities. Bruins can apply for internships and jobs on Handshake, as well as find workshops and career development programs. Employers can also use the website to view students’ profiles and reach out directly regarding open positions. Several recruiters have already sent direct messages to Elgebaly, including a recruiter from the popular video-sharing app TikTok, but she doesn’t have a job lined up just yet. 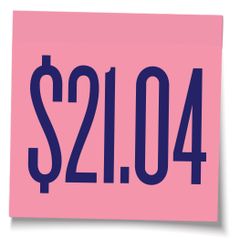 For every dollar invested in the University of California system, the university generated $21.04 in economic output in 2018–19.

Elgebaly, who is mainly interested in user interface or user experience design, is also considering software product management and product operations. “I’m trying to keep my options as open as possible,” she says. “I don’t want to be picky in today’s economy.”

Akmal witnesses students’ worry firsthand, but he remains encouraging. “We’re teaching students and recent graduates to maintain their self-confidence, because with difficulty comes opportunity,” he says. “It’s a great time to research new industries, and some industries are still thriving. The good news is that employers are still hiring.”

Cruz looks forward to graduating in June and starting the next stage of his life, as a business development consultant with the technology company Oracle. The job offer was the result of “accidental networking,” he explains. During a UCLA Career Center event, where Cruz was a panelist, an Oracle recruiter was so impressed that an introduction was made, leading to a job offer.

“My future career at Oracle is almost like a dream,” Cruz says enthusiastically. “I definitely see it as a gateway for more opportunities down the road.”

He is thankful that the UCLA Career Center helped him on his journey from day one.

“I wanted to go into the world of business,” he says, “but being a first-gen student, I didn’t have anyone I could turn to and ask for advice. The career center helped me with the job search process and with having the confidence to apply in the first place.”

Despite the competitive job market, Cruz believes Bruins stand out among other applicants because employers recognize how much UCLA invests in its students.

“For first-gen students and transfer students, my biggest advice on how to get through college is to ask for help,” he says. “You need all the resources you can get, and your best resource will always be the Bruin community.”

If you or your company have jobs and/or internships for our UCLA students and graduates, sign up for a UCLA ONE account, or connect with our Alumni Career Engagement team at careerprograms@alumni.ucla.edu. Whether it’s a short-term project or a full-time position, you can bring valuable experience to a Bruin.