“We were a bit in over our heads,” says Katharine Davis Reich, associate director in strategic planning and communications for UCLA’s Center for Climate Science. Reich is referring to the center’s 550-mile bicycle journey, the California Climate Expedition, which took place June 8 through 24. It was the first event of its kind for the Center for Climate Science. Its goal: to raise awareness of climate change and funding for the center.

Leading 12 novice riders from Oakland, Calif., to Westwood was Alex Hall, professor of atmospheric and oceanic sciences and director of the Center for Climate Science.

Despite a pace covering up to 80 miles a day, Hall considered the ride — which had built-in meetings with climate change and sustainability experts as well as people in the community — a slow learning experience. “It was immersive learning, where the concepts and information are imprinted upon you because of the time available, [meaning] we had plenty of time to contemplate what we learned while we were riding,” he says.

The public could participate — either in person or via livestream — in events such as a panel co-sponsored by the Bay Area’s Climate Readiness Institute. “Both organizations are focused on taking climate science outside of the lab and using it in the real world to solve problems related to climate change,” Reich says.

Ride participants visited the San Francisco Estuary Institute to learn about its plans to address sea level rise and nature-based versus engineering solutions.

At another stop, riders convened with scientists from the Delta Stewardship Council and the Delta Conservancy for a 50-mile jaunt along the San Francisco Bay Delta. They also visited a lab that maintains a reservoir population of endangered fish species. “They showed us a lot of the problems and challenges, but they also talked about solutions,” Hall says. 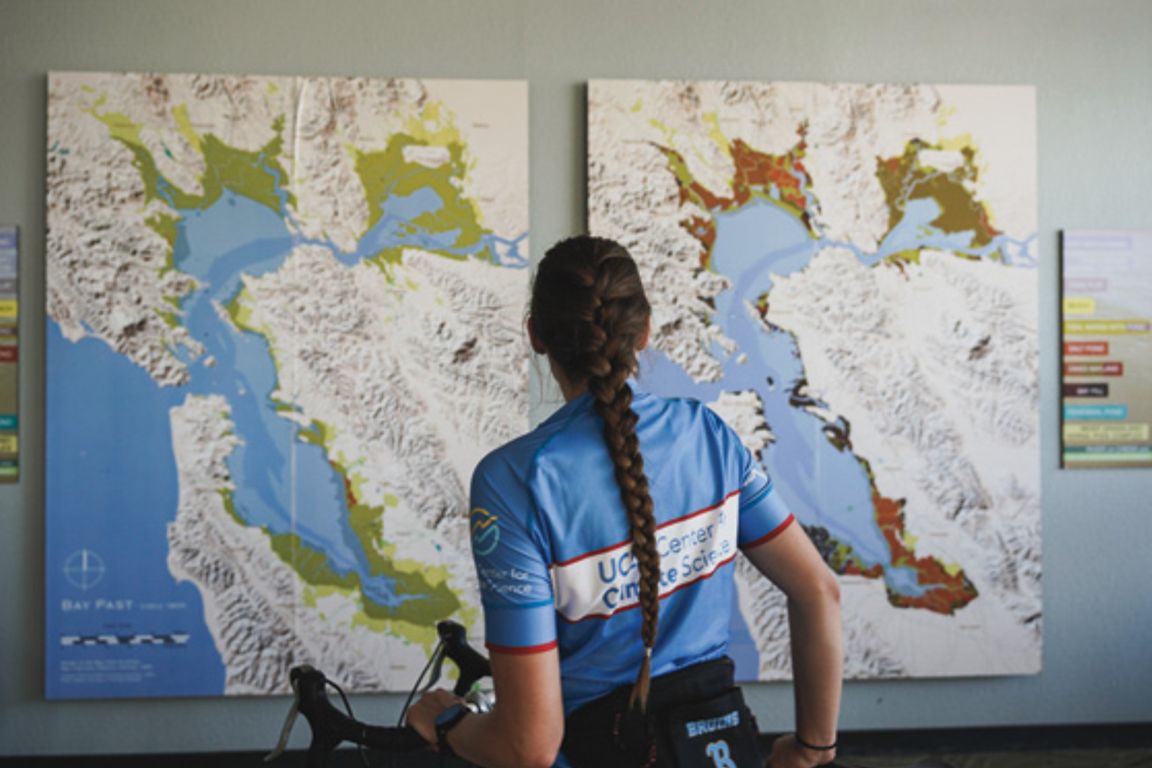 A community event at the University of California, Santa Barbara featured a panel discussion on climate change’s role in wildfires and mudslides. Sharing input was a climate scientist, an environmental economist and Montecito’s fire chief.

In Los Angeles, the group went to the Santa Monica Mountains to meet with three climate change leaders to discuss how societal transformation is needed to combat the climate crisis and achieve sustainability.

The 17-day ride concluded in Westwood, with the 12 cyclists having graduated from novice status.

A follow-up nine-day ride is already in the works for next June. Eric McQuesten of Ride OnePulse, a nonprofit that organizes charitable bike rides, coordinated this year’s California Climate Expedition and will be organizing next year’s as well.

As for this year’s inaugural expedition, Reich sees it as a metaphor for dealing with climate change. “We helped each other through [the ride] — banding together to collectively do this thing none of us could have done on our own,” she says. “The problem [of climate change] is bigger than any one person, organization or government entity can solve. We need to band together, muddle through and figure it out.”