SINCE ITS FOUNDING, UCLA has fielded some of the country’s best student-athletes. As a result, it has also produced some of the nation’s most in-demand sportscasters. Here, a brief rundown of the heroes who once competed in the blue and gold — and are now letting their mouths do the running. 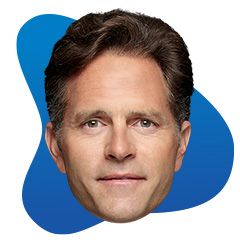 AS A BRUIN (AND BEYOND): A walk-on, played at UCLA 1984–86, team captain and All- American junior year. Won 1992 NL Rookie of the Year with the Los Angeles Dodgers.

BEHIND THE MIC: Color commentator for local telecasts of his beloved Dodgers.

COMMENTARY STYLE: Personable and deeply knowledgeable. Delivers insight on the complexities of the game, particularly from a hitter’s standpoint.

ON UCLA: “The opportunity that UCLA afforded me both academically and athletically, I’m not sure I could have had that duplicated anywhere else.” 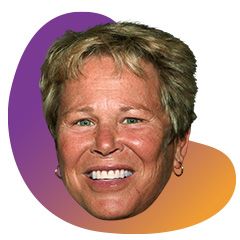 AS A BRUIN (AND BEYOND): Four-time All-American. First player, male or female, to record a quadruple-double. Only woman to sign an NBA contract (1979).

BIGGEST EVENT CALLED: Commentator on Olympic women’s basketball for NBC from 2000 through 2016.

MONEY QUOTE: “What matters is not that I was the first, but that I will not be the last.”

ON UCLA: “I believe to this day that if I had gone anywhere else but UCLA, women’s basketball and I would not have received the attention that we did back in the 1970s. We became a media human-interest’ story.” 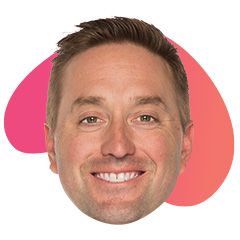 AS A BRUIN (AND BEYOND): Forward from 1996 to 2000. Won the Seymour Armond Memorial Award for Most Valuable Freshman Player.

BEHIND THE MIC: Covers college basketball for ESPN. While a player, had a weekly segment called “Farnham Files” on Fox Sports West.

COMMENTARY STYLE: Has been called “an interesting mix of Dick Vitale, Bill Walton and his partner Joe Tessitore.”

MONEY QUOTE: “How bad are the injuries for Northwestern? Even the student beat writer is on crutches.”

ON UCLA: Talks often about treasuring being able to “be part of the single greatest college basketball tradition in the nation.” 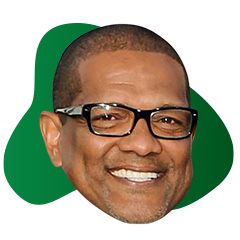 AS A BRUIN (AND BEYOND): On John Wooden’s 10th and final NCAA title team (1974–75). In 1977, won every major award (including the first John R. Wooden Award) as the nation’s best collegiate basketball player.

BEHIND THE MIC: Analyst since the late ’90s, a regular on Fox Sports and NBA League Pass. Won regional Emmy Award (2018) for Milwaukee Bucks broadcasts.

COMMENTARY STYLE: Beloved by Bucks fans. “I just try to act like I’m sitting in my living room with my homeboys having a beer and watching basketball.”

ON UCLA: Wooden “was there to pour in knowledge and wisdom. It was more than just basketball. A lot of it was life lessons.” 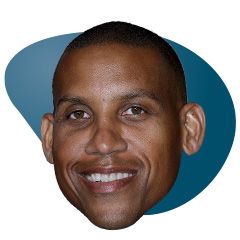 AS A BRUIN (AND BEYOND): Played from ’83 to ’87; third on UCLA’s all-time scoring list. MVP of UCLA’s only NIT championship team (1985). Five-time NBA All-Star with Indiana Pacers.

BEHIND THE MIC: TNT commentator since 2005. Covers college basketball for CBS.

MONEY QUOTE: “A lot of times, I think broadcast commentators can get bogged down with stats and personal agendas.”

ON UCLA: “I try to tell people that wearing ‘UCLA’ across your chest and having a chance to play in Pauley Pavilion is a privilege.” 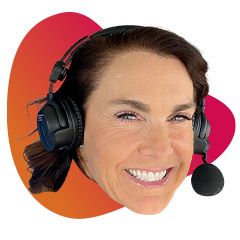 BEHIND THE MIC: Analyst for collegiate beach volleyball and NCAA volleyball for ESPN and Pac-12 Networks.

COMMENTARY STYLE: Passionate but measured. Lives and breathes the sport; does her homework on players and coaches.

MONEY QUOTE: “An NCAA title, you only have four or five years to do it if you use a redshirt year. It’s super special. It’s right up there with my Olympic medal.”

ON UCLA: “When I was a senior, if you were one minute late, you were running sprints … To this day, we’re on a group text together. The bond is pretty darned amazing.” 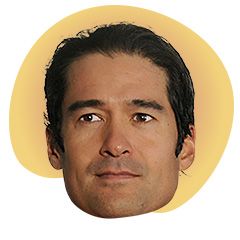 AS A BRUIN (AND BEYOND): Walk-on turned three-time All-American; two NCAA titles. In 2000, ranked No. 1 in the world. Named one of People magazine’s “Most Beautiful People” (2000).

IN THE BOOTH: Analyst for NBC and Pac-12 Networks.

BEHIND THE MIC: “My first producer said, ‘Hey, just talk like you’re talking to a friend on the couch.’ I still take that role.”

MONEY QUOTE: About beach volleyball: “It’s easy on the joints. It’s so much better than being in the gym. And there’s travel.”

ON UCLA: “I’d say the two national championships [were my biggest moments in volleyball]. The first one — playing at home in front of 10,000 people — was eye-opening.” 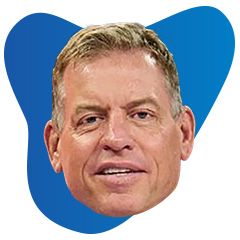 BEHIND THE MIC: After 20 NFL seasons broadcasting alongside Joe Buck at Fox, both have jumped to Monday Night Football on ESPN this fall.

MONEY QUOTE: “The game is not that difficult.”

ON UCLA: “Just the smell of eucalyptus trees takes me right back to Bruin Walk on campus.” 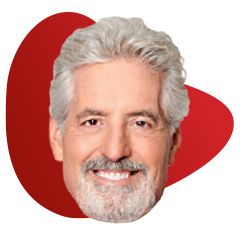 AS A BRUIN (AND BEYOND): Star on the 1976 Rose Bowl championship team. Three-time Super Bowl champ. Four-time NFL All-Pro.

BEHIND THE MIC: Has called college football games for CBS Sports Network since 2009. From 1989 through 2009, worked as an NFL analyst for CBS and NBC.

COMMENTARY STYLE: Conversational but incisive. In dissecting plays, keys in on nuances.

BIGGEST EVENT CALLED: Worked as a reporter for NBC at Super Bowl XXXII. Served as an analyst for CBS Sports Radio’s coverage of Super Bowl XXIV.

MONEY QUOTE: “The NFL, like life, is full of idiots.”

ON UCLA: “I’d always been a Bruins fan. I got recruited by USC. I was like, ‘Nothing personal, but ain’t gonna happen.’” 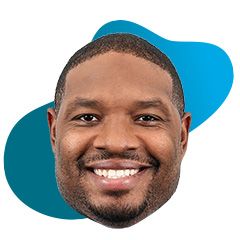 AS A BRUIN (AND BEYOND): First team All-American in 2005. Ranks first in all-purpose yards in UCLA history. Led the NFL in rushing (2011).

COMMENTARY STYLE: Straight-laced. Expertise in the running game and how it functions in today’s offensive systems.

MONEY QUOTE: “Half the guys drafted in front of me are working at Target right now.”

ON UCLA: Went pro as a  junior, but came back to campus in 2012 to continue his education. “I’d rather blend in than stick out ... I [tried] to dress like a regular student with my backpack going about my day.” 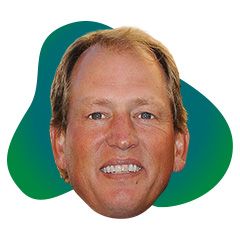 BEHIND THE MIC: Covers SEC football on CBS. Previously worked for Pac-12 Networks.

MONEY QUOTE: “I coach every game I watch.” ON UCLA: Told Head Coach Terry Donahue ‘67, M.S. ‘77, “I think I’m just gonna go to Princeton.” Donahue: “That’s probably a good decision if you don’t think you can play at this level.” 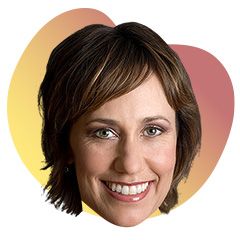 BEHIND THE MIC: Analyst with Golf Channel since the network’s inception in 1995, covering LPGA Tour, Web.com Tour and PGA Tour.

COMMENTARY STYLE: Golf Channel’s Matt Adams: “What I love about Kay is she’s a deep thinker. She understands the game at its highest levels, but she has the ability to explain it succinctly.”

MONEY QUOTE: “For the young girls at home watching, if they can see us, they can be us.”

ON UCLA: “I defy anyone to walk onto the UCLA campus and not immediately fall in love with it.” 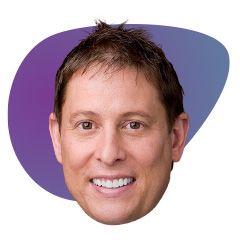 AS A BRUIN (AND BEYOND): Part of powerhouse gymnastics squad that won the 1984 NCAA title. Won Olympic gold with perfect 10 on high bar (1984).

BEHIND THE MIC: Since 1992, primary commentator for NBC Olympics gymnastics coverage.

COMMENTARY STYLE: Animated, passionate, not afraid to give effusive praise or call out. mistakes.

BIGGEST EVENT CALLED: Has covered every Summer Olympics. since Barcelona (1992).

ON UCLA: “I tuned in one night and saw Peter Vidmar ’83 doing a routine for UCLA … From that moment on, I wanted to mirror that guy.” 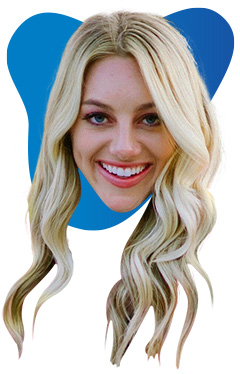 BEHIND THE MIC: Analyst for ESPN and ABC. Has provided color commentary for USA Gymnastics broadcasts and reported for Pac-12 Network football.

COMMENTARY STYLE: “My main goal is to teach viewers about the gymnastics world. Bringing the audience along on the journey of the emotional connection to an athlete is almost greater than the sport itself.”

MONEY QUOTE: “After I went to the Olympics, I was really fortunate enough to have a new goal: being the best UCLA gymnast that I can be.”

ON UCLA: “It was the perfect balance between academics and athletics. I felt like my life after college would be just as successful.” 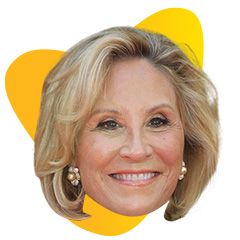 AS A BRUIN (AND BEYOND): At 17, voted Most Outstanding Female Athlete in the world, then retired from swimming. Member, International Swimming Hall of Fame.

MONEY QUOTE: “Expectation can take the joy out of victory.”

ON UCLA: “Athletes were required to be amateurs. So if I wanted to go to college, I had to stop swimming. I enrolled at UCLA, I got hired to represent the Speedo swimsuit company, and I began working for ABC.” 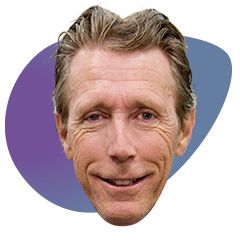 AS A BRUIN (AND BEYOND): After his freshman year, qualified for U.S. Olympic team in Munich (1972). All-time No. 1-ranked U.S. high jumper. Two-time Olympic medalist.

BEHIND THE MIC: While competing, was dubbed the “mouth that soars.” In 1984, went on-air for ABC, becoming the first person to both announce and compete in the same Olympics.

COMMENTARY STYLE: “I like to keep it conversational. I’ve always thought a television broadcaster should entertain and educate.”

MONEY QUOTE: “What a waste of time, all those years mouthing off like I did. I was a surgeon operating with a sledgehammer.”

ON UCLA: “The best course I took was Subject A, a prerequisite for other English courses. I learned how to write properly, which helped me tremendously.” 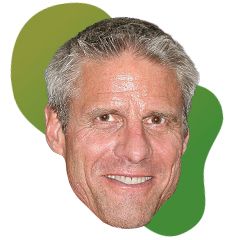 AS A BRUIN (AND BEYOND): Led the volleyball team to three NCAA titles. Won Olympic gold in ’84 and ’88; in ’96, won beach volleyball gold. The most decorated athlete in his sport.

BEHIND THE MIC: Covers NCAA volleyball with ESPN. Former commentator for the AVP Tour on NBC.

COMMENTARY STYLE: Calm, not overly verbose. Ability to translate technical aspects of the game well for a lay audience.

MONEY QUOTE: “Often, people who’ve had great success as athletes don’t make the best coaches, because they take it for granted: ‘Well, this should be easy.’”

ON UCLA: “It wasn’t a difficult decision to go to UCLA.”