UCLA alumnus Norman Powell has given $5 million to create an endowment that will support the highest priorities of UCLA’s university librarian.

The university librarian is a dean-level position charged with overseeing and providing strategic direction for UCLA’s eight campus libraries and special collections. Ginny Steel, who has held the position since 2013, will be the inaugural Norman and Armena Powell University Librarian.

“As an alumnus and son of our longtime university librarian, Norman knows first-hand that a gift to the UCLA library is like giving a scholarship to every student and a fellowship to every researcher,” said UCLA Chancellor Gene Block. “We thank him for his generosity, which will ensure that the library continues to play an essential role in the intellectual journeys of every student, faculty and staff member.”

Powell’s gift will enable the library to continue to evolve and innovate, and to best serve the needs of the 21st-century university. Endowment funds will support the library’s unparalleled collections, innovative services that fuel teaching and research across campus, and ongoing efforts to ensure that its physical spaces and online resources can evolve to meet the needs of UCLA’s students and faculty.

“Norman has been one of the library’s most generous and visionary donors for many, many years, and this magnificent gift further demonstrates the strength of his support,” Steel said. “I’m deeply honored to be the first Norman and Armena Powell University Librarian, and I trust that I and my successors will live up to the extraordinary legacy the Powells have established at UCLA.” 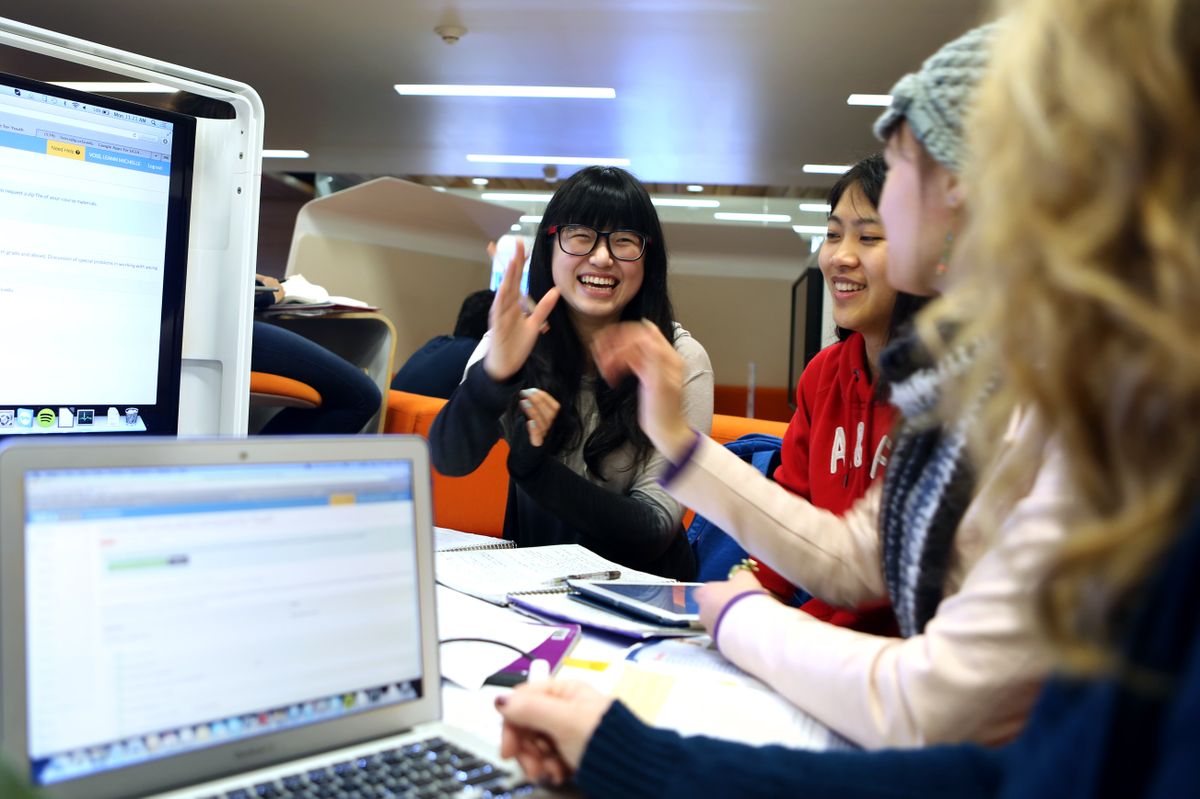 As a UCLA undergraduate, Norman Powell took two years of liberal arts courses before changing his major and graduating in 1959 with a degree in earth physics. Over the next three decades, he worked in California and Libya as a field engineer running borehole geophysical surveys, as a research physicist for Chevron, in technical service and exploration consulting, and as an executive consultant with British Petroleum. After retiring in 1990, he became an environmental activist with a focus on local open space and conservation issues in Southern California. He is the son of legendary UCLA University Librarian Lawrence Clark Powell, in whose honor Powell Library was named in 1966.

Norman’s wife Armena, who died in 2013, was a graduate of the University of Connecticut. She worked as an advertising copywriter until their marriage and was an avid practitioner of yoga, ballet and tennis.

“I hope my gift inspires others to make similar gifts; the UCLA library cannot sustain its standing as a premier institution and grow without support from people like you and me,” Powell said. “I encourage everyone to be as generous as they can during the Centennial Campaign so years from now we can all look back and be proud of the impact we had.”

Powell is a longtime donor to the UCLA Library. His most recent major gifts helped the library create a new position for a data scientist to make accessible data for researchers involved in the UCLA Grand Challenges and enabled the library to acquire the Barbara and Willard Morgan Photographs and Papers.