The yearlong celebration will open with a film festival on Feb. 1, featuring thought-provoking and entertaining films made by UCLA alumni that tackle cultural and social justice issues from unique perspectives. Q&A sessions with the films’ writers, directors and producers will follow, and participants are welcome to enjoy ethnic food, entertainment and an opportunity to network with filmmakers. The event is free and open to the campus and the public from 11:30 a.m. to 10 p.m. at the UCLA James West Alumni Center, 325 Westwood Plaza, Los Angeles.

“Film has been and continues to be a powerful medium in which to tell our own stories,” the institute’s Vice Provost David Yoo said.  “We are justifiably proud of the many UCLA alumni associated with our centers whose films are featured in our festival.”

The film festival, which coincides with Black History Month, will showcase “Bless Their Little Hearts,” the dramatic story of a family in Watts. The film, selected for the National Film Registry, was directed by Billy Woodberry, a 1982 UCLA graduate.

The feature presentation is the award-winning 1997 film “Selena,” the nonfiction account of Selena Quintanilla-Pérez, a Texas-born Tejano singer who rose from cult status to create top albums on the Latin music charts. Directed by Gregory Nava, a 1971 and 1976 UCLA graduate, the film stars singer/actress Jennifer Lopez in her breakout role for which she earned a Golden Globe nomination, as well as Edward James Olmos and Jon Seda. Guest speaker will be award-winning producer Moctesuma Esparza, a 1971 and 1973 alumnus who was named one of the 50 most powerful and influential Latinos by The Imagen Foundation.

Other films to be screened and the centers presenting them include:

“Cruisin’ J-Town” (1974). This documentary directed by Duane Kubo, a 1975 UCLA graduate, follows the formation of the popular jazz fusion band, Hiroshima, in the late 1970s. The event will include a cross-cultural jam session between the band and the Chicano performing arts group, El Teatro Campesino. Kubo will be the speaker.

“My Name is Asiroh” (2013). A young girl is bullied in school about her unusual name and wants to change it. The speaker will be writer/director Asiroh Cham, a 2004 and 2012 graduate.

“On and Off the Rez with Charlie Hill” (1999). This thought-provoking documentary by Sandra Osawa uses humor to challenge racism about Native people in America while profiling the life and rise in comedy of renowned American Indian comedian Charlie Hill.  Director Sandra Osawa, who was a UCLA student in the 1970s, will speak.

“Bless Their Little Hearts” (1983). Part of the new wave of independent African-American filmmakers to emerge in the 1970s and 1980s, Billy Woodberry, a 1982 graduate, chronicles the toll that joblessness takes on a married couple and their children. Speakers will be Dominic Taylor and Ellen Scott, faculty in the UCLA School of Theater, Film and Television. 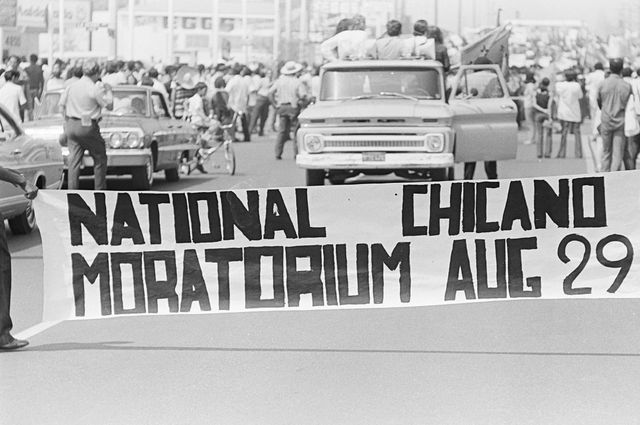 “Chicana” (1979). The film is considered the first major feminist Chicana documentary, depicting the contributions of women in such roles as workers, mothers, activists, educators and leaders, despite their generally oppressed status in Latino culture. The speaker will be director, writer and producer Sylvia Morales, a 1972 and 1979 UCLA graduate.