Editor’s note: This article was updated on March 2, 2022, to reflect that the license for the gene therapy, formerly held by Orchard Therapeutics, is now held by UCLA and University College London.

An experimental form of gene therapy developed by a team of researchers from UCLA and Great Ormond Street Hospital in London has successfully treated 48 of 50 children born with a rare and deadly inherited disorder that leaves them without an immune system.

Severe combined immunodeficiency due to adenosine deaminase deficiency, or ADA-SCID, is caused by mutations in the ADA gene that creates the enzyme adenosine deaminase, which is essential to a functioning immune system. For children with the condition, even day-to-day activities like going to school or playing with friends can lead to dangerous, life-threatening infections. If untreated, ADA-SCID can be fatal within the first two years of life.

The investigational gene therapy method involves first collecting some of the child’s blood-forming stem cells, which have the potential to create all types of blood and immune cells. Next, using an approach developed by the research team, a new copy of the ADA gene is delivered into the stem cells by a modified lentivirus, or “viral vector.” The corrected cells are then returned to the child’s body, where they are intended to produce a continual supply of healthy immune cells capable of fighting infection.

In a study published today in the New England Journal of Medicine, co-lead authors Dr. Donald Kohn of UCLA and Dr. Claire Booth of Great Ormond Street Hospital, or GOSH, report two- and three-year outcomes for children treated with the investigational lentiviral gene therapy in clinical trials at GOSH, UCLA Mattel Children’s Hospital and the National Institutes of Health between 2012 and 2017.

“Between all three clinical trials, 50 patients were treated, and the overall results were very encouraging,” said Kohn, a distinguished professor of microbiology, immunology and molecular genetics and a member of the Eli and Edythe Broad Center of Regenerative Medicine and Stem Cell Research at UCLA. “All the patients are alive and well, and in more than 95% of them, the therapy appears to have corrected their underlying immune system problems.”

No complications or treatment-limiting events were reported among the patients. Most adverse events were mild or moderate, and were considered to be related to routine procedures performed in preparation for the experimental gene therapy treatment or effects of the immune system rebuilding.

“Treatment was successful in all but two of the 50 cases, and both of those children were able to return to current standard-of care-therapies and treatments, with one eventually receiving a bone marrow transplant,” said Kohn, who has been working to develop gene therapies for ADA-SCID and other blood diseases for 35 years.

The investigational gene therapy — a one-time procedure that the researchers say may provide lifelong results — is a welcome potential new treatment option for children with ADA-SCID, who otherwise must undergo once- or twice-weekly injections of the ADA enzyme until a matched bone marrow donor, usually a close family member, can be found. If a donor is not available, patients require lifelong injections, along with antibiotics, antifungal medications and monthly infusions of immunoglobulin, which contains infection-fighting antibodies. These treatments are expensive and therefore out of reach for patients in many countries.

“If approved in the future, this treatment could be standard for ADA-SCID, and potentially many other genetic conditions, removing the need to find a matched donor for a bone marrow transplant and the toxic side effects often associated with that treatment,” said Booth, a GOSH consultant in pediatric immunology and gene therapy.

The benefits of lentiviral gene therapy

Prior to teaming up, both Booth and Kohn worked separately for years on successful gene therapies for ADA-SCID that used viral vectors made from retroviruses. Retroviral vectors, however, can only enter cells’ nuclei to deliver genes while the cells are dividing, limiting the number of cells receiving the genetic payload and, thereby, the potential efficacy of the treatment.

Additionally, while neither Kohn nor Booth observed serious complications in their ADA-SCID trials, other earlier studies testing retroviral vector-based gene therapies did report some serious side effects, including leukemia, in some patients.

In 2008, Booth and Kohn began collaborating with professors Bobby Gaspar and Adrian Thrasher of University College London to develop an improved viral vector using a different kind of virus, called a lentivirus. Viruses of this kind can enter non-dividing cells’ nuclei and, when used as vectors, have the potential to make gene therapies safer and more effective. ADA-SCID patients began receiving the new gene therapy at GOSH in 2012; the following year, the experimental treatment was offered at UCLA and the NIH.

“More than 200 patients with various genetic conditions across the world have now been treated with experimental lentiviral gene therapies, and applying gene therapy to ADA-SCID is another significant scientific advance,” said Thrasher, a senior author of the study who is also a professor of pediatric immunology at GOSH.

Ten of the children in the UCLA study were treated using a frozen preparation of corrected stem cells. These children experienced similar outcomes to the children treated with cells that were not frozen. The freezing approach may allow children with ADA-SCID to have their stem cells collected locally, then have them transported and processed at a manufacturing facility elsewhere and shipped back to a specialized hospital near them, removing the need for patients and their families to travel long distances to specialist centers.

One patient’s story: A life-changing treatment 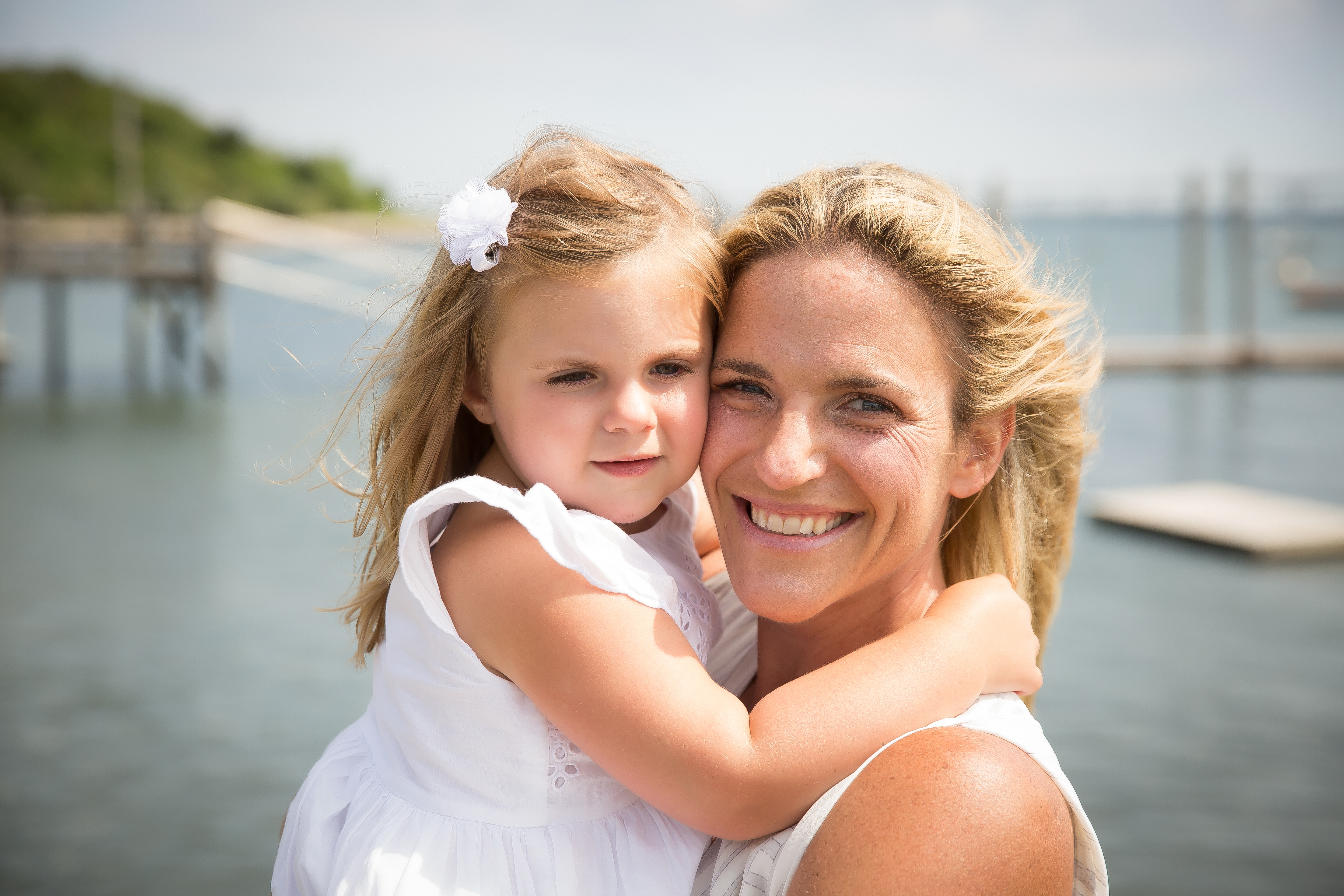 One of the patients who received a frozen preparation of cells at UCLA, Cora Oakley of Morristown, New Jersey, was diagnosed with ADA-SCID through newborn genetic screening at just 7 days old, in April 2017. “I remember asking the doctor if my daughter was going to die,” Cora’s mother, Chelsea Oakley, said of receiving the diagnosis. “And his response was, ‘I hope not.’ It was the darkest day of my life.”

Cora was the last child to enroll in the clinical trial and received her own corrected cells in September 2017. Following the gene therapy, Cora and her family spent a month in the bone marrow transplant unit of a hospital closer to their home for Cora’s follow-up treatment. The experiences of the other young patients in this unit opened Oakley’s eyes to what her daughter would have gone through if the experimental gene therapy hadn’t been an option.

“I saw young bone marrow transplant patients who developed graft-versus-host disease and others who had to take all these anti-rejection medications and still had issues. I just thought no one should have to suffer like this,” she said. “And then here’s my daughter who had this life-changing treatment that felt like a miracle. It still shocks me all the time how unbelievably fortunate we are.”

Now a healthy and exuberant 4-year-old, Cora is described by her mom as a “rough and tumble, outdoors kind of kid” who loves all animals and is incredibly social. “I’ll never forget what it felt like when we didn’t know if she’d ever be able to do any of these things,” Oakley said.

The license for this investigational lentiviral gene therapy is currently held by UCLA and University College London. The therapy has not been approved for clinical use by any regulatory authority.