Consumers have shown that they are willing to pay extra for organic produce grown without pesticides, even if it doesn’t taste better.

That has not been the case for organic wine. Organic-labeled wines generally sell at prices similar to those of non-organic wines. And that’s despite growing evidence that they actually do taste better.

A new study by Magali Delmas, an environmental economist at UCLA Anderson School of Management, and Olivier Gergaud, an economist at the Kedge Business School in Bordeaux, France, found that organic wines are judged to be higher quality by experts — but that the difference is not just a matter of whether the wines came from organic or conventionally grown grapes.

That is, the difference in quality is apparent for wines that certified organic by a third-party accreditation service, but not for those that are self-labeled by a French wine industry-backed group for using conscientious practices.

Three esteemed wine guides — Gault Millau, Gilbert Gaillard and Bettane Desseauve — scored the third-party–certified wines an average of 6.2% higher than those that were certified organic by an industry-backed group. The findings are based on ratings data for 128,182 French wines that were produced from 1995 to 2015.

Wines that were certified as biodynamic by the third-party association performed even better, scoring 11.8% higher. Biodynamic wines take organic farming a step further, using methods that time planting, trimming and harvests to coincide with seasonal and lunar cycles, and integrating animals for a more complete ecosystem.

The paper, published in Ecological Economics, follows a 2016 study by Delmas and Gergaud that yielded similar findings for California wines. In that research, critics scored eco-labeled, organic California wines 4.1% better than unlabeled wines — those not certified by a third-party organization as organic or biodynamic. 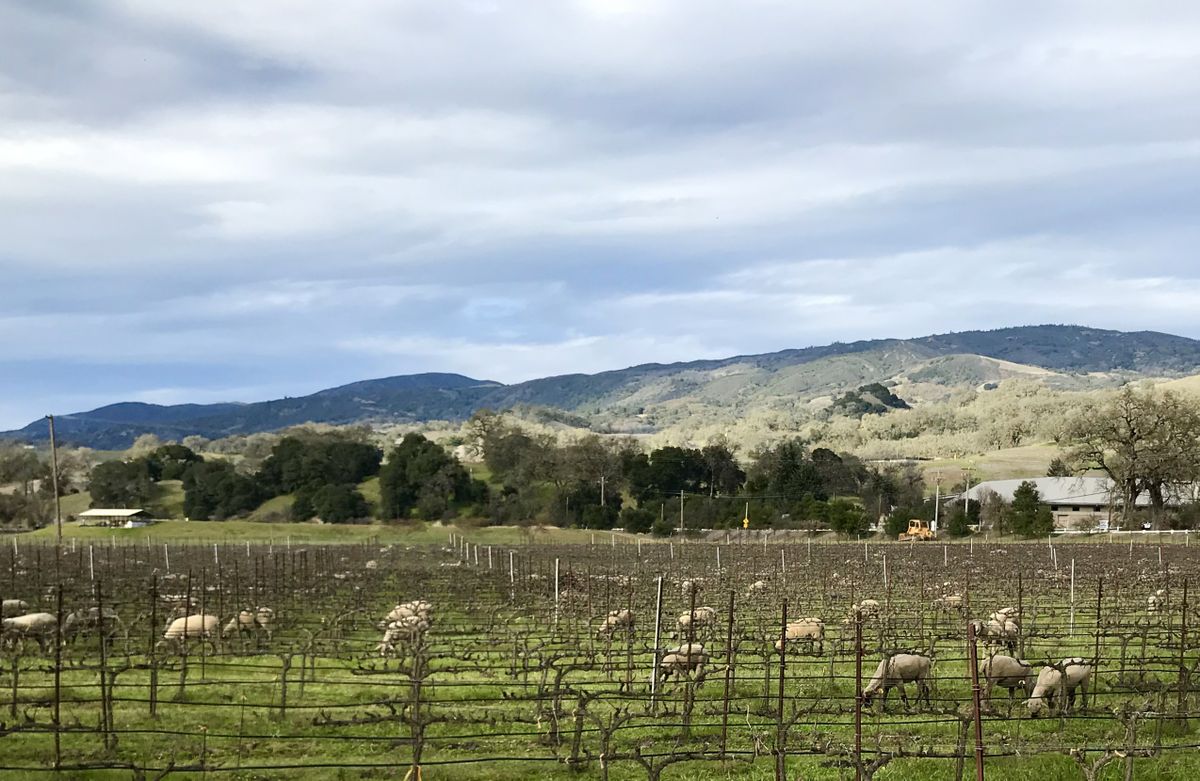 David Colgan/UCLA
A biodynamic vineyard near Ukiah, California. Biodynamic farming uses methods that time planting, trimming and harvests to coincide with seasonal and lunar cycles, and integrate animals for a more complete ecosystem.

Delmas conducted the new study on French varietals to understand whether the results would hold in the world’s second-largest wine producing country (after Italy). France’s wine-making traditions date back 2,600 years, and in 2019, the nation produced over 1 billion gallons of wine — enough to fill the 90,000-seat Rose Bowl in Pasadena 7.4 times.

Conventionally grown wine grapes use more pesticides than most other crops, Delmas said. That puts the health of farm workers, wildlife and neighboring communities at risk.

The dangers of pesticides’ use in winemaking was highlighted dramatically in 2014, when teachers and students at a rural school in Bordeaux were hospitalized due to exposure to the toxic chemicals. Protests followed, and winemakers faced strong public pressure. The wine industry in France has evolved more rapidly towards organic farming methods since then.

Rather than turning to third parties to certify that their wines are either organic or biodynamic — which would involve inspections and audits to ensure products meet certain criteria — some French winemakers devised their own industry certification standard. In the new study, wines that were self-labeled as having been produced using conscientious practices according to that standard received scores that weren’t measurably different from those of conventional wines.

Overall, more French winemakers are going organic or biodynamic. Among the wines analyzed in the study, just 3.87% of wines were third-party certified as organic or biodynamic from 1995 to 2000; the figure increased to 7.37% for wines produced between 2001 and 2015. Delmas said owners of smaller vineyards don’t want their families and farmworkers exposed to pesticides, and larger vineyards are beginning to follow their lead.

That’s worth clinking glasses about.

“It seems like another step in the right direction,” Delmas said. “Not just for the health and the environment, but for wine quality.”

The challenge of communicating to consumers that organic wines actually taste better, however, is another hurdle. In her 2018 book “The Green Bundle: Pairing the Market with the Planet,” Delmas suggests that wine producers advertise their products’ quality rather than their environmental benefits. And that they communicate that organic and biodynamic practices are actually in line with centuries-old practices — a nod to the fact that the industry is so steeped in tradition — whereas the use of synthetic pesticides didn’t begin until the 1930s.