UCLA biologists have discovered how head injuries adversely affect individual cells and genes that can lead to serious brain disorders. The life scientists provide the first cell “atlas” of the hippocampus — the part of the brain that helps regulate learning and memory — when it is affected by traumatic brain injury. The team also proposes gene candidates for treating brain diseases associated with traumatic brain injury, such as Alzheimer’s disease and post-traumatic stress disorder.

The researchers studied more than 6,000 cells in 15 hippocampal cell types — the first study of individual cell types subject to brain trauma. Each cell has the same DNA, but which genes are activated varies among different cell types. Among the 15 cell types are two that were previously unknown, each with a unique set of active genes.

“Every cell type is different,” said Fernando Gomez-Pinilla, a UCLA professor of neurosurgery and of integrative biology and physiology, and co-senior author of the study, which was published in the journal Nature Communications.

The biologists found that hundreds of genes are adversely affected by mild traumatic brain injury, such as a concussion. These altered genes can later lead to Alzheimer’s, Parkinson’s and other diseases.

The researchers reproduced a concussion-like brain injury in mice, and studied other mice that did not receive a brain injury. The researchers analyzed thousands of cells in the hippocampus of both groups of mice. Among their findings: 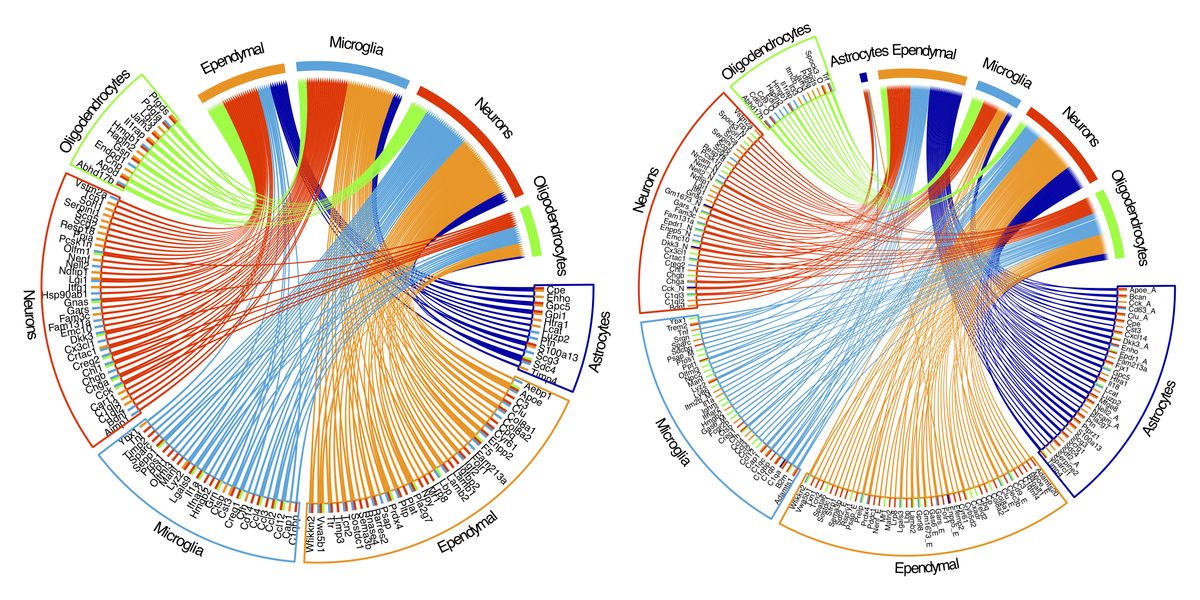 “Knowing which genes in which cells are changing in a particular person can lead to the right treatment for that person,” said Yang, who is a member of UCLA’s Institute for Quantitative and Computational Biology.

Gomez-Pinilla, who also is a member of UCLA’s Brain Injury Research Center, describes the new research as an advance in precision medicine, which holds the promise of individualized treatments for diseases.

►Read about a 2017 study by Yang, Gomez-Pinilla and colleagues identifying master genes that control other genes linked to Alzheimer’s and other disorders.

►Read about a 2016 study by Yang, Gomez-Pinilla and colleagues finding that fructose alters hundreds of brain genes.