UCLA, the most applied-to university in the country, received 102,000 applications last year from all 50 states and 80 countries. About 16,000 of those high school seniors were sent letters of acceptance recently. This Saturday, April 15, thousands of students who have been offered admission will come to campus along with their families for Bruin Day, where they will learn all about the university that may become their future home.

These students have heard about UCLA’s exceptional academic rankings, its powerhouse athletic teams, and its world-renowned researchers and professors. But there are a few fun facts about the campus they might not know. Here are 11 cool reasons to consider becoming a Bruin:

The beautiful, sprawling campus of UCLA has played cameo roles in numerous television shows and movies through the years. With its classic red-brick buildings, the elegant arches of Royce Hall, the majestic architecture of Powell Library and the dramatic climb of the Janss Steps, the campus has long been a go-to location for the Hollywood ideal of what college life is all about. UCLA has portrayed universities, both real and fictional, from Harvard University to UC Sunnydale. If UCLA looks familiar to you, here’s why: “Legally Blonde,” “Buffy the Vampire Slayer,” “Modern Family,” “Gilmore Girls,” “Scream 2” and “House,” among others. 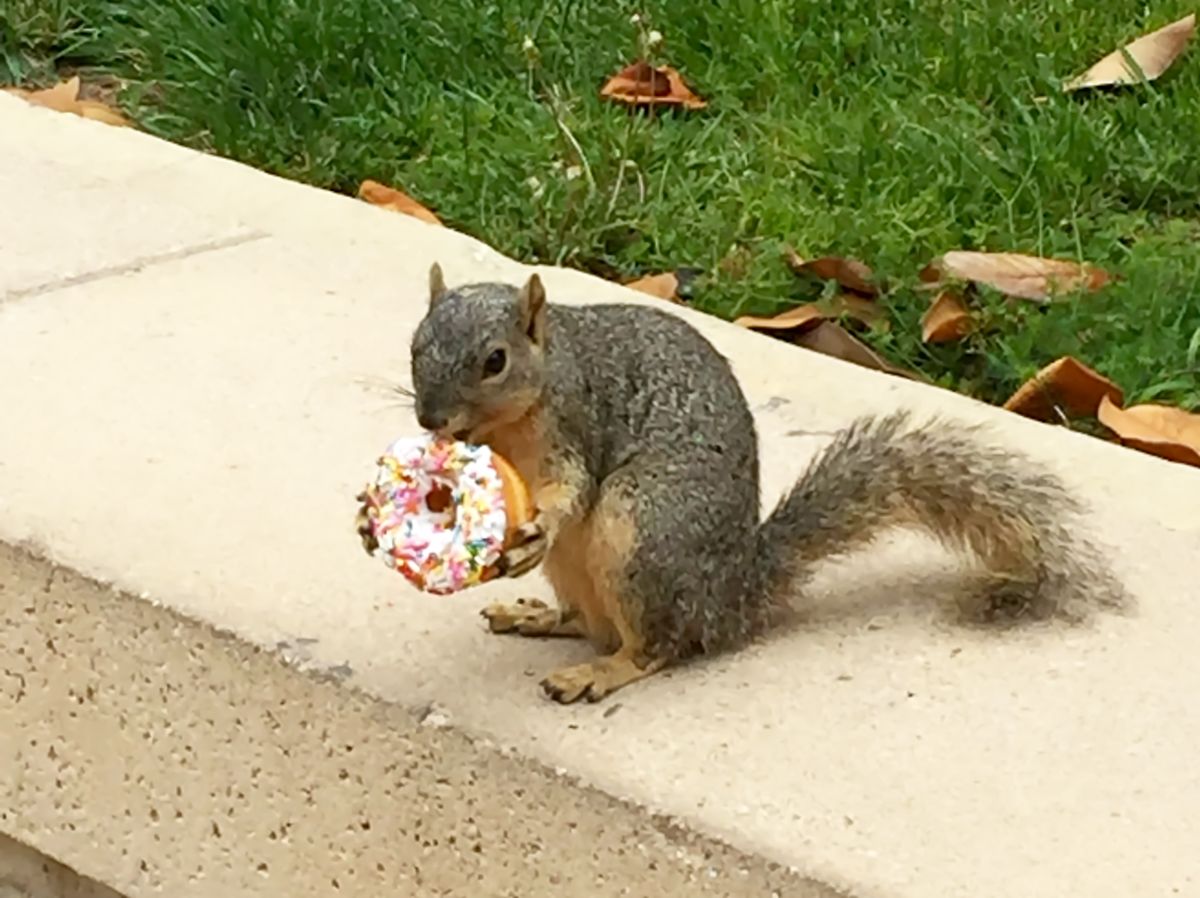 Did you know UCLA is home to some of the most entertaining squirrels you’ll find, outside of cartoons and comics? Wherever you go across the campus, you’re likely to encounter the antics of UCLA’s animated rodents. The resident squirrels have been caught on camera and cellphone video doing all sorts of stunts. There’s the famously smart mama squirrel that tried to teach its offspring how to scale a tall wall — viewed more than 1.4 million times on YouTube. Another enterprising squirrel caught on video figured out how to cool off during a heat wave by sipping from a water fountain. And then there was the squirrel that nabbed a doughnut with sprinkles. These fun, harmless creatures are sure to put smiles on your faces. 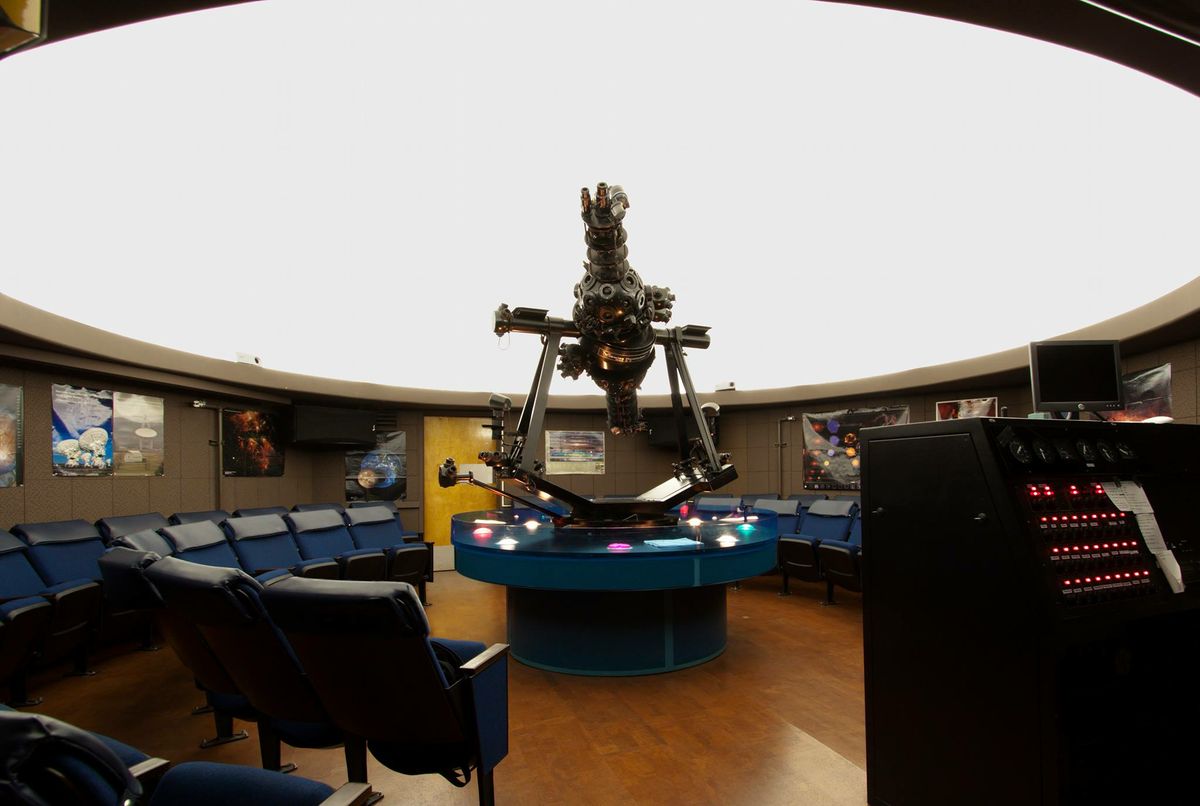 You won’t need to head to Griffith Observatory to do some star-gazing of the celestial kind. Take one of 49 seats in the intimate UCLA Planetarium, which offers shows and star viewing every Wednesday night at 8 when UCLA is in session. The Planetarium, a 24-foot-diameter domed structure on the eighth floor of the Mathematical Sciences Building, was built in 1957. Operated by the UCLA Department of Physics and Astronomy, the planetarium shows and telescope viewing are free and open to the public. On clear nights, you’ll be able to view planets, nebulae, star clusters or other visible features in the night sky. 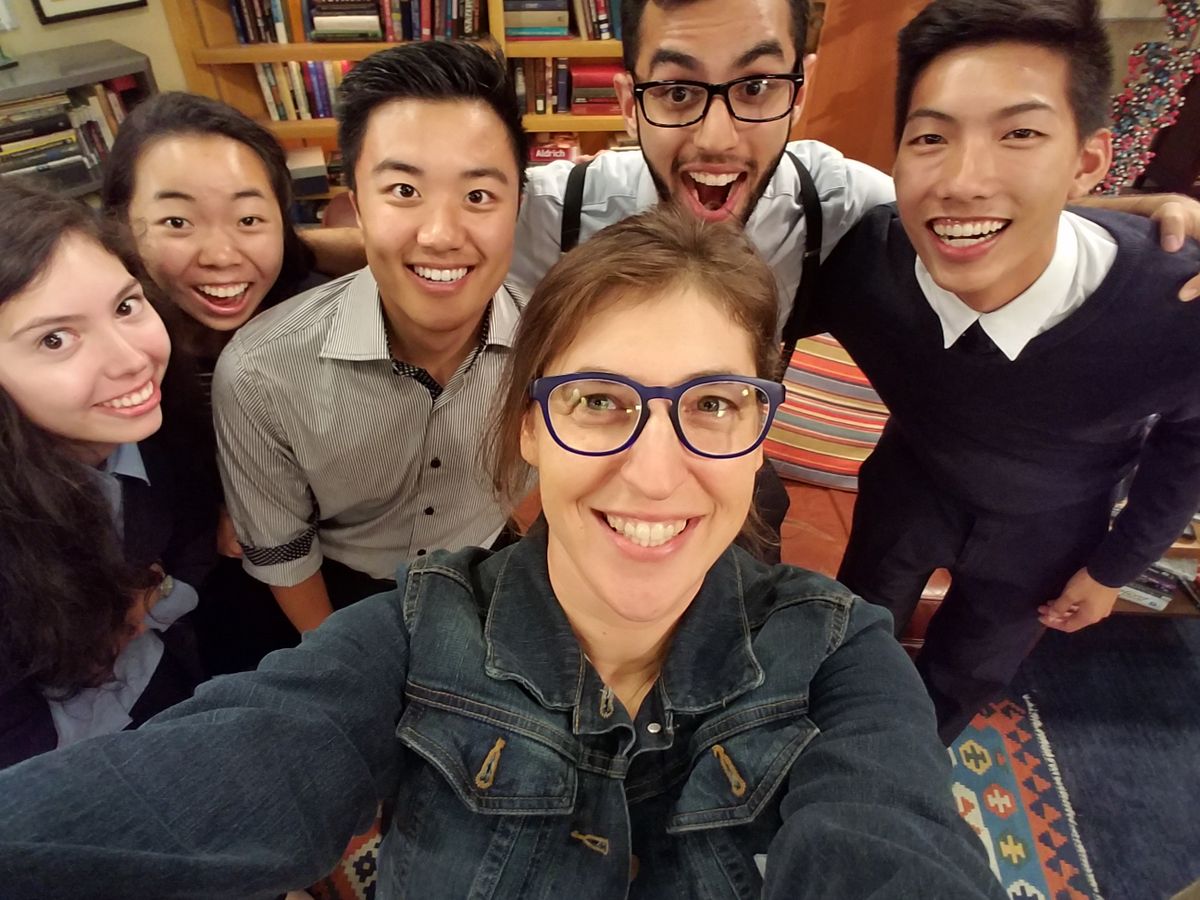 If you’re at UCLA for a while, you’re bound to run into, learn from or sit in a classroom with celebrities from the worlds of film, television, politics, sports, industry and more. You might take a class with former nominee for president of the United States Michael Dukakis. You could see Bruin basketball great Kareem Abdul-Jabbar honored at center court or catching a game at Pauley Pavilion. Or you might win a UCLA scholarship from the “Big Bang Theory” stars, including UCLA alumna Mayim Bialik. UCLA professors and students are a star-studded bunch. Here is a partial list of celebs who have been or are part of the extended Bruin family: Kal Penn, Francis Ford Coppola, Arthur Ashe, Kristen Stewart, Will Forte, Carol Burnett, James Dean, Mark Harmon, Mariska Hargitay, James Franco, George Takei, Gregory Nava, Rob Reiner, Tim Robbins, Jackie Robinson, Jim Morrison, Randy Newman, Beth Behrs, Danica McKellar and Jaleel White. There is even a Facebook page devoted to Celebrity Sightings at UCLA.

Looking for a little peace and tranquility amid the hustle and bustle of campus life? Then head to the Mildred E. Mathias Botanical Garden. Yes, UCLA has its very own 7.5-acre garden, home to more than 3,000 plants from a wide range of environments — from dry desert and Mediterranean climates to shady, lush areas lining a turtle- and koi-filled stream. A new and improved picnic area is expected to open in June. The garden is located on the east side of campus between Tiverton Drive and Hilgard Avenue.

Spring Sing, a Bruin tradition since 1945, combines the best and most fun elements of “Glee,” “The Voice” and “Saturday Night Live.” At this annual student showcase and competition, multi-talented singers, dancers, musicians and comedy skit players take center stage. Spring Sing attracts an audience of more than 8,000 students, faculty, staff, alumni and celebrity judges that have included Paula Abdul, Melissa Joan Hart and Raven Symone. The ticketed event is hosted by the UCLA Alumni Association and Student Alumni Association. View the 2016 Spring Sing performances here. This year’s Spring Sing is on Friday, May 19, at 8 p.m. in Pauley Pavilion.

7. Get out your dancing shoes 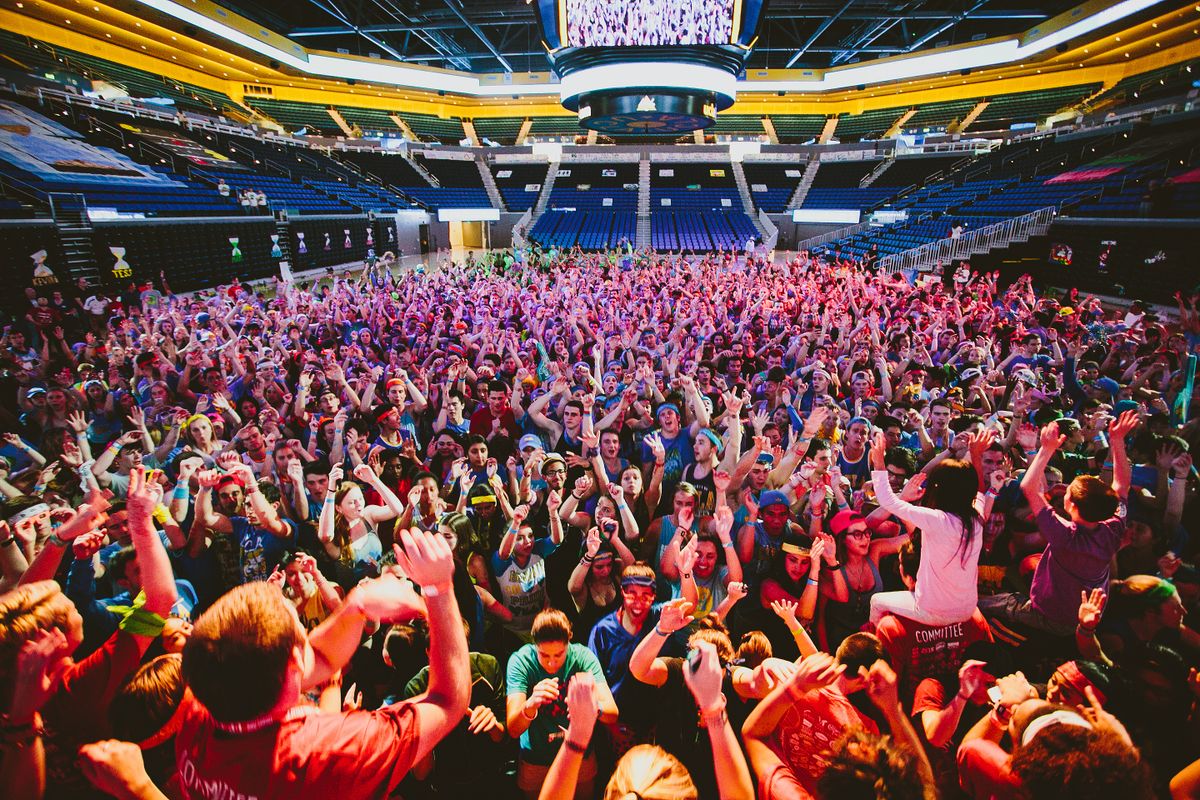 Dance Marathon at UCLA is a 26-hour dance-a-thon that takes place annually in April in Pauley Pavilion, with the goal of raising money and awareness for the fight against pediatric AIDS. The first event, held in 2002 with only 180 dancers, raised more than $27,000. Today, it is the largest student-run philanthropic event on the West Coast, having raised $5 million over the last 16 years. Funds are donated to the Elizabeth Glaser Pediatric AIDS Foundation, Project Kindle and the UCLA AIDS Institute. View highlights from this year’s marathon, which raised $434,515, in this Daily Bruin video.

8. Not your parents’ cafeteria 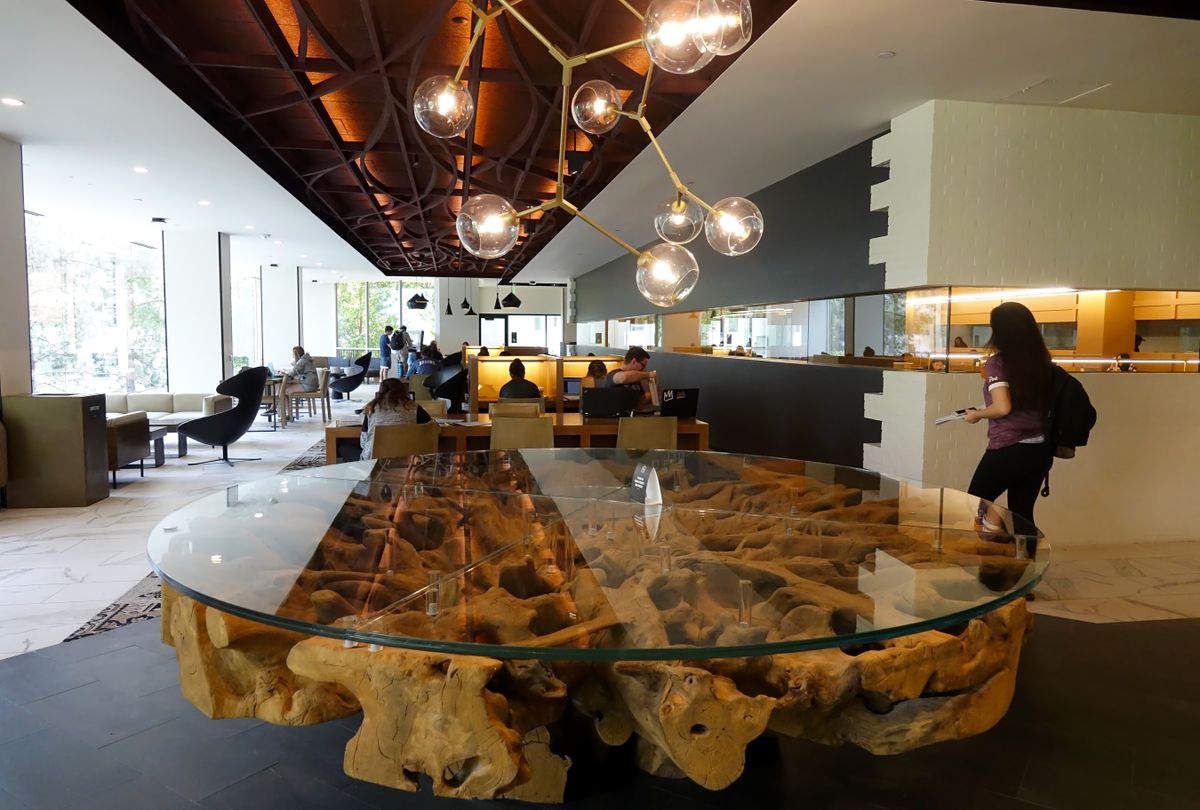 The cuisine in UCLA’s award-winning residence dining halls ranges from vegan entrees to Latin specialties to Pan-Asian dishes to the bold flavors of the Mediterranean. The four restaurants, open to all students and visitors, are Bruin Plate, Covel Commons, De Neve and FEAST at Rieber. Each restaurant offers as many as 10 entrees, served buffet style and all-you-care-to-eat. There are six quick-service restaurants where you can dine in a casual café-style atmosphere or take the food to-go. Those restaurants are: Bruin Café, Café 1919, De Neve Late Night, MyPizza (an online ordering service), Rendezvous and The Study at Hedrick, pictured above, the newest place on the Hill to study, meet, eat or grab a snack. It’s a unique space featuring an artisan bakery, a coffee and tea bar, 24-hour study space, private meeting rooms, free wifi, charging stations, and comfy sofas and chairs. 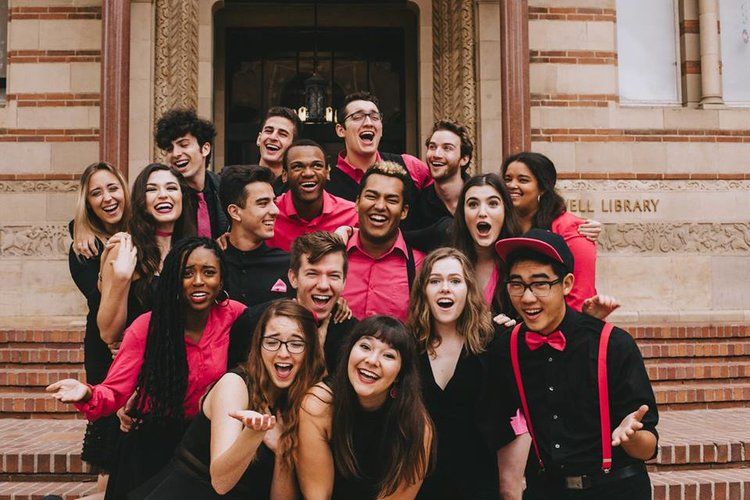 From sleight of hand to the Happiest Place on Earth, UCLA has more than 1,000 clubs and organizations to satisfy a multitude of interests. Enigma: The Science Fiction, Fantasy, and Gaming Club at UCLA caters to aficionados of sci-fi, horror and fantasy media as well as gaming of all kinds. The Disney Club at UCLA is dedicated to putting on “magical events,” such as speaker talks and game nights. Nerdfighters at UCLA thrive by “sharing in our love for all things nerdtastic.” Members of the Magic and Illusion Student Team meet to master the art of performing magic. The ScatterTones, pictured above, perform a cappella music on campus and beyond. For a complete list of interest groups, visit UCLA’s Student Organizations search page.

10. A treasure chest for scholars 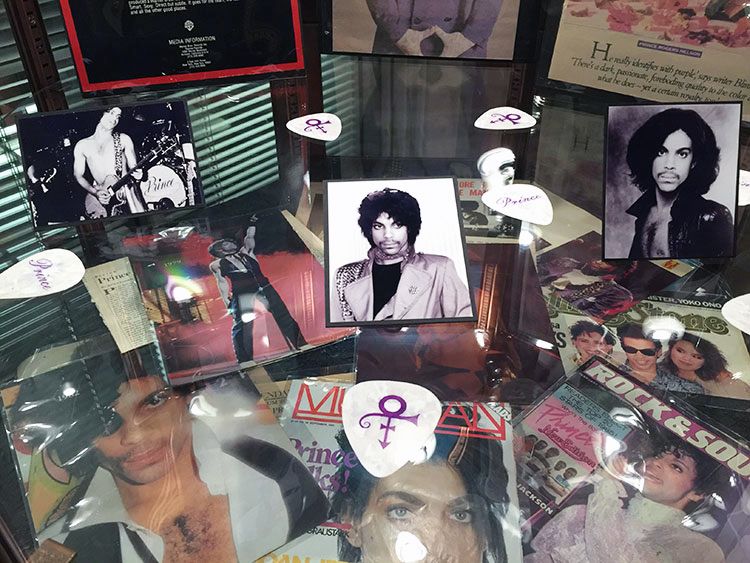 UCLA Library Special Collections is a world-class treasure trove of archives, rare books, manuscripts, photographs, and other rare and unique materials that tell the story of our collective past. The holdings document society and culture from the ancient to the contemporary. Student researchers, scholars and instructors are welcome to explore the collections. A few of these are: “Soul Sanctuary: A Tribute to Prince,” Gene Roddenberry Star Trek Collection and “From Aldus to Aldous.”

11. It takes a Westwood Village 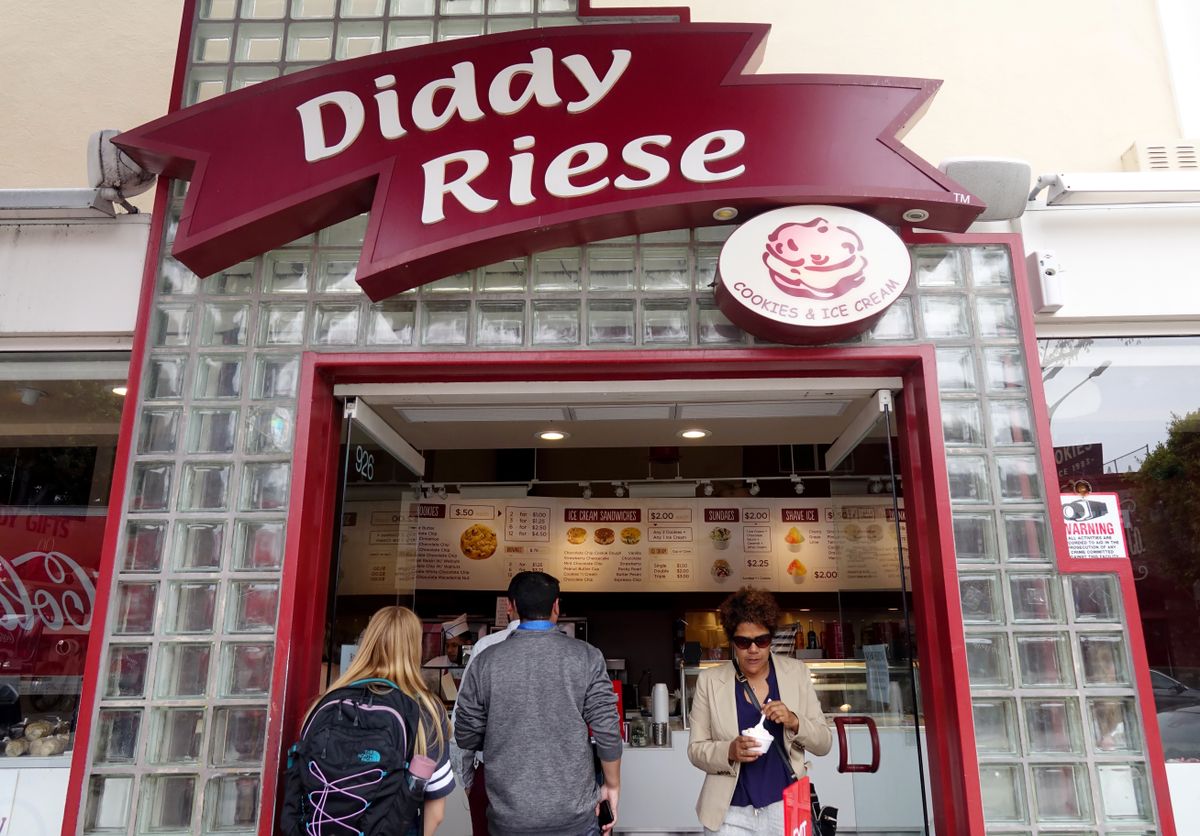 Just steps from campus, you will find friendly Westwood Village. The district abounds in shopping, restaurants and entertainment. Did you know that Westwood Village is a historical landmark? It was built as a retail village in 1928 by the Janss family. At the Hammer Museum and the Billy Wilder Theater, you’ll find a lively night-time crowd, many of whom come for the Hammer’s enlightening, free programs and the UCLA Film and Television Archive’s offerings. There’s the award-winning Geffen Playhouse and the Landmark Regent Theater, which features indie flicks and a weekly midnight showing of “Rocky Horror Picture Show.” Food is everywhere — in restaurants, sweet shops or grocery stores, like the largest Ralphs in Southern California. At the ever-popular Diddy Riese, order an ice cream sandwich made with two freshly baked cookies and your choice of ice cream for only $2. There are at least half a dozen places to get fresh poké (raw seafood salad), including Poke Me and Sweetfin Poké. Whether feasting at FEAST or partaking in poké, there are plenty of options for Bruin diners, on campus or off.