If you find yourself nodding knowingly at words you can’t really decipher, embarrassed to ask the speaker yet again to repeat themselves, UCLA audiologist Alison Grimes has three words she wants you to hear, loud and clear: Get over it.

Grimes’ command doesn’t reflect callous indifference to people with hearing difficulties; rather, it applies to those who could benefit from hearing aids but choose to live with their auditory deficits because of the stigma associated with wearing them. “This has been the story for my entire career,” says Grimes, director of the UCLA Audiology Clinic and a practitioner for more than four decades. “People associate hearing aids with looking old and incapacitated — and yet we wear eyeglasses, which do the exact same thing. You’ve got gray hair. You’ve got wrinkles. There’s nothing wrong with wearing hearing aids. Get over it.”

Grimes says that almost all of us can expect to experience some hearing loss as we get older, typically driven by a combination of cumulative exposure to loud noises over a lifetime, genetic predisposition and the natural aging process. While we can control the first factor to some extent, there’s no choosing genes or turning back the clock — so chances are that at some point we’ll need a boost.

According to federal health data, of the 28.8 million Americans who could benefit from hearing aids, fewer than 1 in 3 people older than 70 and fewer than 1 in 6 under 70 have used them.

There is good news: The technology has greatly improved. Hearing aids have gone digital, upping their performance in a slew of ways. Most have Bluetooth compatibility, allowing users to connect the hearing aids to smartphones and other devices for clearer sound, less extraneous noise and no feedback. Directional microphones amplify the signal coming from in front and reduce the volume of noise from the sides and behind.

Most hearing devices today also come with smartphone apps, which, among other things, enable the phone to be employed as a remote mic that can be held closer to the speaker to amplify the sound going into the hearing aids. Rechargeable cases turn the hearing aids into wireless earbuds, allowing users to charge them while they sleep rather than relying on disposable batteries that require regular changing.

For people with tinnitus — a ringing in one or both ears not caused by any external sound — certain hearing aids can be programmed to emit unobtrusive background noise that will provide some relief from the high-pitched sounds. Tinnitus affects an estimated 15% of Americans.

For anyone looking to slow the inevitable hearing decline and for those approaching the time when they might need to take advantage of these advances — in other words, for pretty much all of us — Grimes offers the following advice:

Anyone who enjoys live music at venues where the volume is cranked up to 11 knows the importance of earplugs. Or maybe you’ve learned the hard way, with your ears ringing as you lie down to sleep after attending an epic musical performance. Over time, such exposures damage the hair cells in the ears, leading to hearing loss and, potentially, tinnitus. Bringing ear protection to concerts and other situations where loud noises are expected, such as settings where power tools are being used, will help limit the damage, Grimes says. And when a loud sound comes without warning, such as the siren of an approaching ambulance or firetruck? “Just stick your fingers in your ears,” Grimes suggests. “You’ve always got those handy.”

For most people, hearing loss is insidious — slow, gradual and thus difficult to notice until you get to the point where you forget what “normal” sounds like. So knowing when it’s time to get your hearing checked requires some self-awareness. If you’re the only one in your group not picking up a distant noise, the only member of your household consistently needing to turn up the volume on the TV, or the person constantly asking other people to repeat themselves, take heed.

“The brain will learn to accept and adapt to all that new sound.” 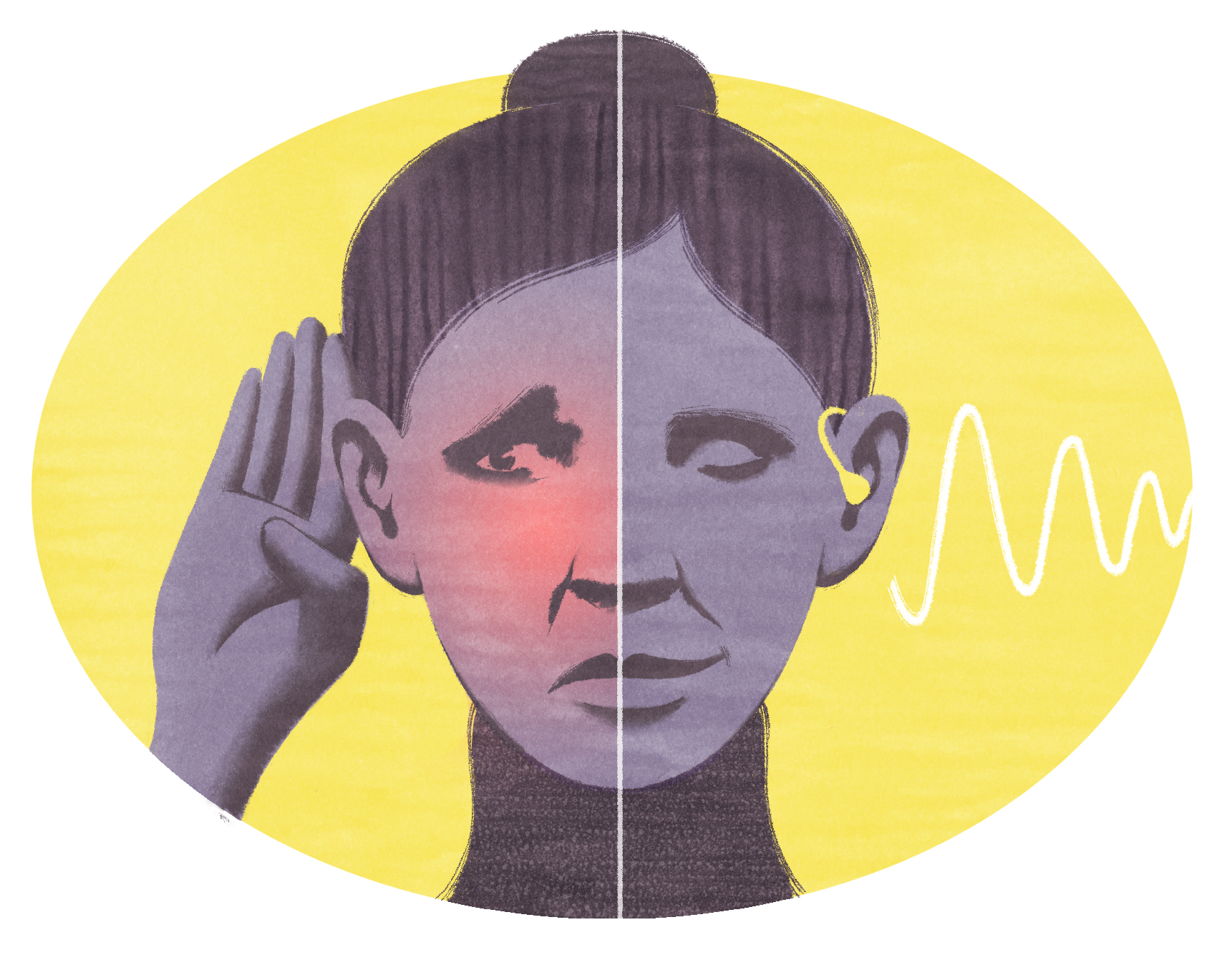 Hear From a Professional

Or, don’t wait that long: Even if you’ve never had cause to worry about your hearing, Grimes recommends that you make a first visit to an audiologist to establish a baseline in your 40s — even younger if your family history or job puts you at higher risk — and then continue to have evaluations every two to three years to monitor any changes.

Besides the benefits of gaining better hearing, getting hearing aids sooner rather than later makes for a much easier adjustment. Brain plasticity — the same malleability that renders it easier to learn new languages when we’re younger — decreases with age, which can make taking in new sounds jarring. “It’s very common that when we fit hearing aids on people for the first time, they comment that they’re hearing environmental noises they hadn’t heard in years,” Grimes says. “By beginning younger, with a lesser degree of hearing loss, that difference isn’t quite so shocking.”

At any age, hearing aids often require reprogramming or refitting. It can take some strategizing on where to stand in relation to the speaker to optimize the sounds coming in and limit the unwanted background noise. “Stick with the adjustment period — don’t give up,” Grimes says. “The brain will learn to accept and adapt to all that new sound.”

While Grimes has little patience for people who refuse to accept hearing help because of the stigma, she’s sympathetic to those who fret over the cost. “Unfortunately, in many health plans, hearing aids aren’t a covered benefit,” she says. But she notes that even today’s low-end models perform far better than what were the state-of-the-art hearing aids your parents or grandparents wore. “Hearing aids come at a variety of price points, and as long as they’re fitted appropriately, both physically and acoustically, the less expensive ones do a wonderful job,” Grimes says. “It’s not that they’re low-tech, because they’re all digital; it just means they don’t come with all of the extra features.”

Remember That You’re Not All Ears

For those who continue to balk at getting hearing aids out of vanity, Grimes points out that they’ve gotten smaller, so it’s become a lot easier to hide them. Depending on the size and shape of your ear canal, the hearing aid can sink in so deeply that it’s barely visible. That’s not always possible, of course, particularly for people who have small ear canals or for whom plastic surgery has changed the shape of the ear. Of course, those with longer hair can use that as a shield.

But to Grimes, the point is moot. “Honestly, other than audiologists, people don’t walk around staring at your ears,” she says. “Your hearing loss will be much more obvious to people than your hearing aids.”