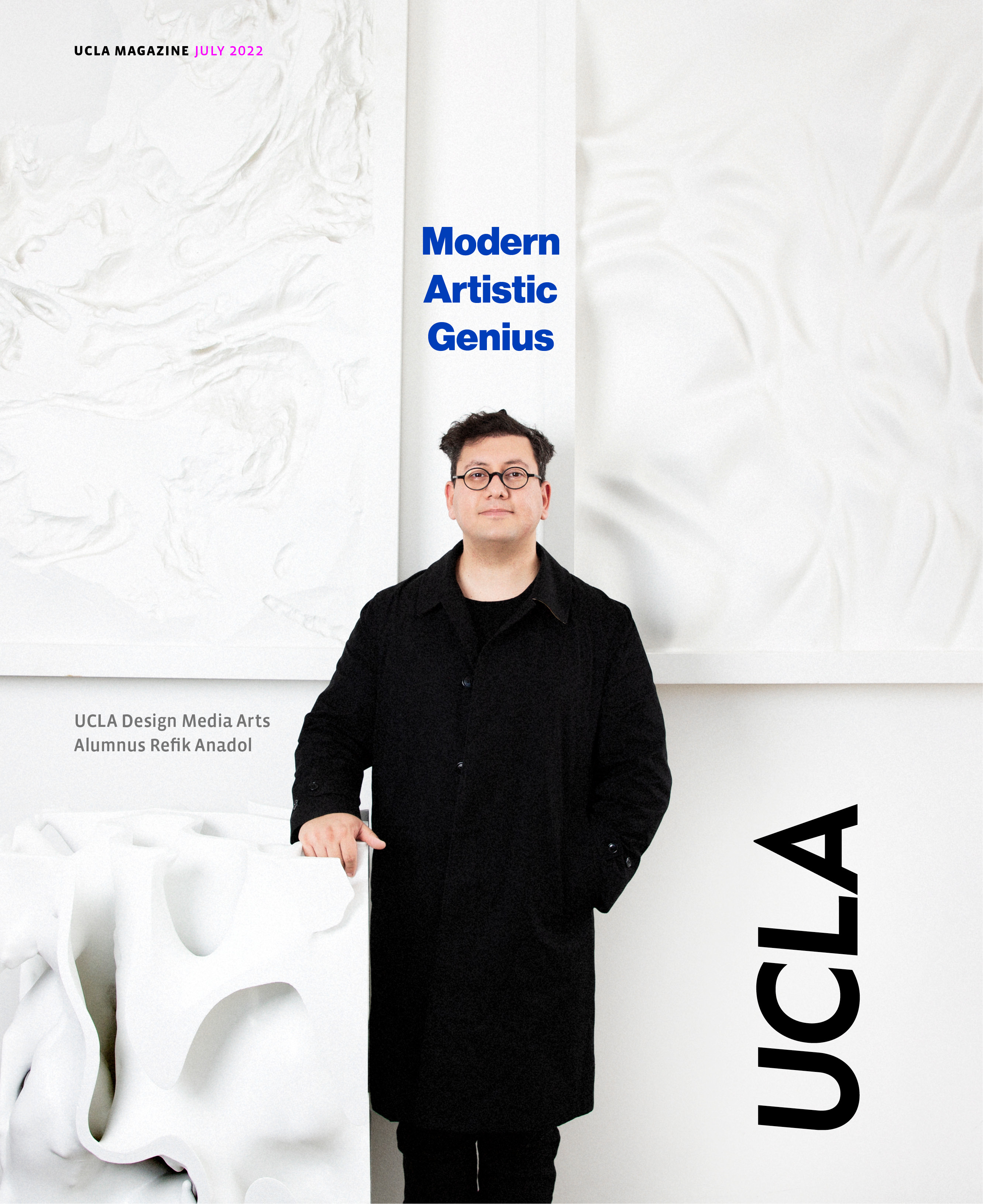 In UCLA’s Department of Design Media Arts, software is the tool used to solve problems and imagine possibilities.

When it comes to life-changing mental health services, underserved communities have often been the hardest to reach. The DMH + UCLA Partnership is changing that.

In a League of Their Own

The untold story of the feisty squad that 40 years ago won the first-ever NCAA championship in softball — and changed UCLA athletics for women forever.

For decades, this East Los Angeles enclave has sent students to UCLA, while university scholars have added to the knowledge and understanding of the community’s diverse history.

Food of the City

At Ray Garcia’s latest venture, Asterid at Disney Hall, the cuisine is inspired by L.A. and its diverse cultures.

Can You Hear Me Now?

UCLA audiologist Alison Grimes says you should stop asking people to repeat themselves. Instead, get a hearing aid.

HAIL TO THE HILLS

Buried in the Past

The first structure on the Westwood campus, the Arroyo Bridge, was vital to the building of Royce Hall and Powell Library. It disappeared in 1947.

UCLA graduates are ready to help reshape the world after facing the pandemic and other challenges.

Kiefer and the Magic of Improvisation

The award-winning producer and pianist talks about his musical aspirations and how attending UCLA changed his identity.

At Last, a Home for Works on Paper

The Hammer’s new third-floor gallery is the museum’s first dedicated to its extensive collection of prints and drawings.

The Mission is Making

A high-tech campus workshop for students reopens in a larger space.

After two years of restrictions, an award-winning mainstay and an acclaimed newcomer are open for outdoor dining.