The latest restaurant from Chef Ray Garcia ’00 takes inspiration not from its notable surroundings — the sleek indoor-outdoor bar and dining room are located in front of The Music Center’s Walt Disney Concert Hall — but rather from the world of nature. The newly opened Asterid is named for the botanical classification referring to the largest group of flowering plants, including a range of vegetables. The creative California sensibility is what brings it all together, which is why Garcia, born and bred in Los Angeles, was a natural fit for the space. Also a partner in the restaurant, Garcia previously helmed award-winning eateries Broken Spanish and Santa Monica’s Fig — though his path to a career in the culinary world did not follow a straight line.

It’s one thing to run a restaurant, but here, you’re also sharing a space with the L.A. Philharmonic. What’s it like to be part of The Music Center and operate at such a grand address?

Downtown has changed. It wasn’t something I had always associated with food. And now, I think it’s grown and developed into a cultural hub of the city. It’s kind of exciting to have that energy that people bring and see the life that lives in the buildings, but it also pours into the streets. And [Asterid’s] space is beautiful, both inside and out.

What can we expect at Asterid?

The concept starts on the foundation of California cuisine — ingredient focused, hyper-seasonal. But also, what we’re doing is a bit bolder, brighter and blended with many of the cultures that we’re lucky to have influence the food of the city. It’s that independence, that creativity — it’s not restricted or bound by any one style or genre or ingredient.

“My friends at UCLA were Indian and Korean. They opened up a whole new world to me. I started seeing the city beyond what was at my own table.” 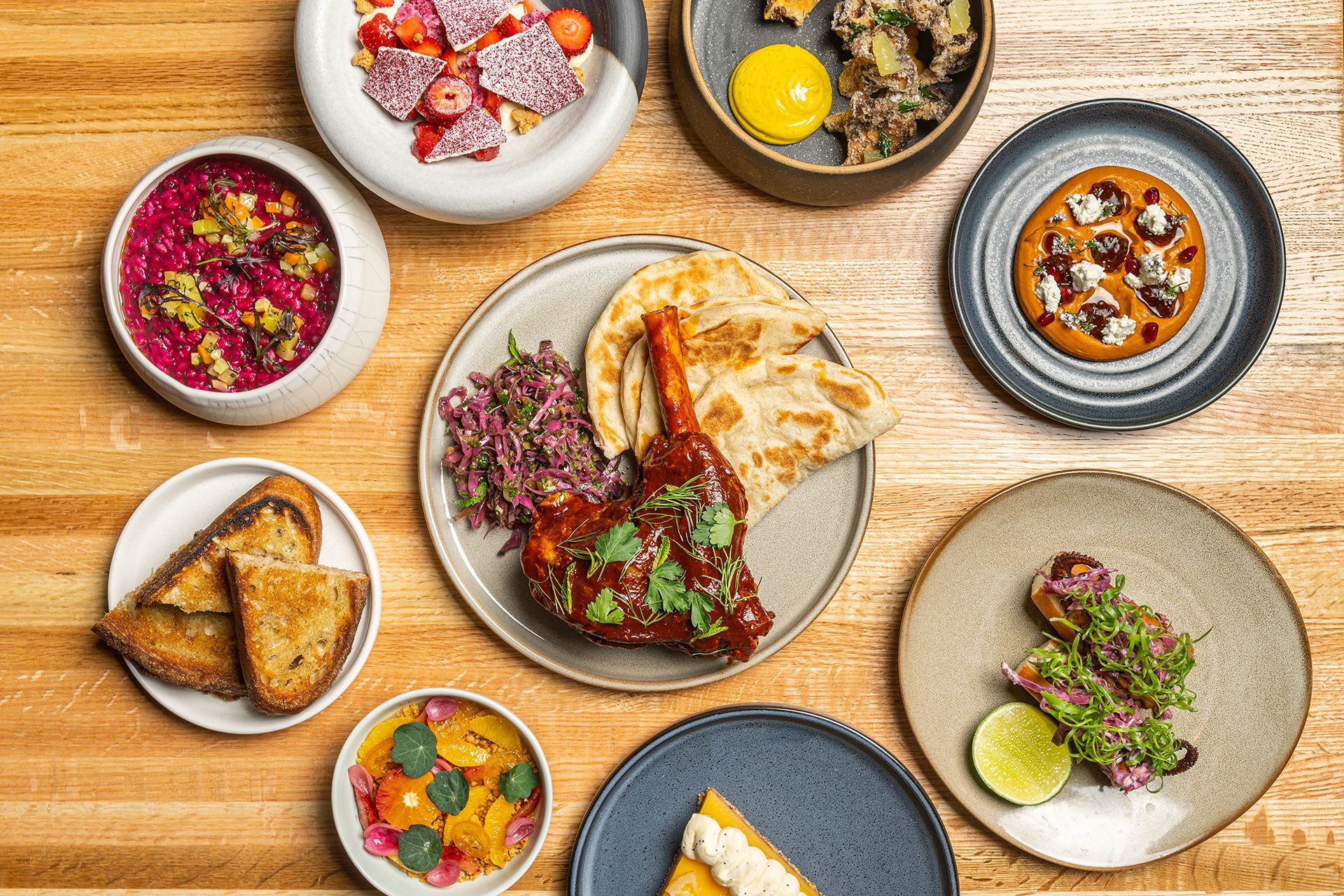 If you look at the cashew muhammara that we’re doing, it’s more of a Middle Eastern–style dish, but we’re using chilies that are predominantly used in Mexican food, and then we have a Greek feta that’s being used to round it out. Another example is our caviar. We place it on top of a handmade tamal, but the tamal is not traditional; it’s made with 898 squash, an experimental butternut variety bred to have concentrated flavor, so we’re getting the best of the ingredient. We’re using tamal, which is a dish that spans Latin America, as the vessel. Then we’re putting it with Beurre de Baratte, which is a French butter, and Schrenckii sturgeon caviar from Northeastern China, and having them all come together in a way that you wouldn’t normally see, with each one complementing the next.

After your much-lauded restaurant Broken Spanish, many were expecting another Mexican or Mexican American restaurant. How is Los Angeles a source of personal inspiration for you with Asterid?

One of the things I love so much about the city is the diversity of people and the diversity of food. At this point, I take it for granted. But when I was a freshman starting college [at UCLA], I didn’t have a lot of exposure to different foods or cultures other than my own or food that was cooked at home. When I went to college, my roommate was Japanese American, and his family ran a sushi bar, and he just started opening my eyes to food in general. If it wasn’t for our relationship and having met there our freshman year, I wouldn’t be in the position that I am — I was going to go to law school. My other friends at UCLA were Indian and Korean, and they opened up a whole new world to me. I started seeing the city beyond what was at my own table. And I think that’s just been an ongoing search for me — for new ingredients, new techniques, shared traditions and cultures. 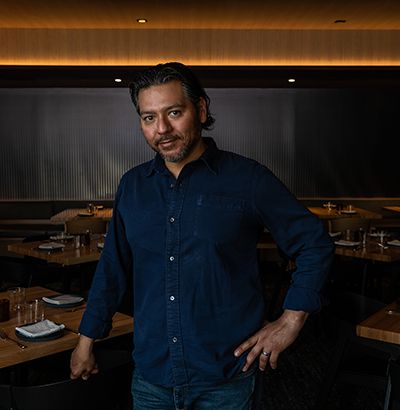 Courtesy of Jim Sullivan
“It’s about an understanding of what is beyond the plate,” the chef says.

So, what did you do after college?

I took a yearlong course in culinary school. Then after that, I just started working in kitchens. I decided I wanted to stay on that path, and I’ve been in restaurants for 27 years now.

What are some of the most valuable lessons you’ve learned over the years?

The biggest lesson is the ability to evolve and adapt. In any business, the only way you can survive is to keep challenging yourself — not only in what you need to change, but in how you can lead the business. So for me, I’ve learned to get better at delegating and running larger operations. When you first start out, you try to do everything on your own — but even if you’re super talented, that can limit how far you can grow.

What kind of lasting impact do you envision for yourself as a chef?

I’m at the point in my career, especially after having Broken Spanish — which we are looking to reposition and revive — [where I want] to really be part of the long-term culinary landscape and make our impact mostly through people, whether that’s diners or the people who come through our kitchens and the service staff. In five years, 10 years, 15 years, they will be the next generation of chefs and restaurateurs who drive the conversation of what we’re doing in the city and where our food goes next. That’s what I am most excited about: going from the chef who cooks to the chef who mentors, trains and expands our thought beyond these four walls.

Where do you think food culture is headed?

It’s about an understanding of what is beyond the plate, what is beyond the surface. I think it’s everyone continuing to have a better education about what goes into their food and where their food comes from — the difference between humanely raised animals and those that are conventionally raised, [and] organic food and local sourcing. The discussion is not just about cheap food or trends or anything else, but how food can positively or negatively impact so many aspects of our lives and this planet.

Before we wrap up, I have to ask you one last question: Now that you’re in Disney Hall, how do you decide what music to play at Asterid?

I have a very eclectic appreciation for music. A lot of people are going to listen to the Philharmonic afterward, but we don’t play classical music. We’ve got hip-hop, modern funk, soul. It’s not dictated by the space.

So, what kind of music do you listen to when you’re not working?

Oh, I listen to quiet. I have too loud of a life to invite more sound into it.