Charles Solomon ’72, M.A. ’75, M.F.A. ’83 has only himself to blame. In 2019, he complained to a Studio Chizu producer that there was only one Western-language book about the work of their star filmmaker, Mamoru Hosoda, director of the Academy Award–nominated animated feature Mirai (2018). And that one, he said, contained at least one major error and was only in French. The producer replied, “You write a better one.” 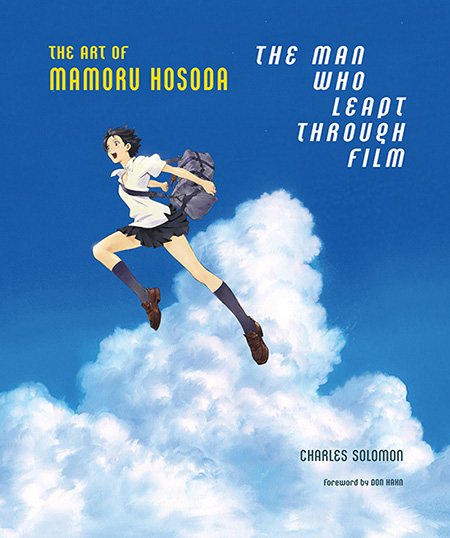 Courtesy of Charles Solomon, ©Studio Chizu
Cover of ‘The Man Who Leapt Through Film’

So he did. Solomon spent more than a year researching and writing The Art of Mamoru Hosoda: The Man Who Leapt Through Film, published in the U.S. in August by Harry N. Abrams. Filled with interviews, sketches, storyboards and still images, the book chronicles Hosoda’s growth as an artist and delves into all six of his features, which were often linked to changes in his life. For example, Hosoda married into a large extended family, which inspired 2009’s Summer Wars. The birth of his daughter was the springboard for Mirai, the tale of a 3-year-old boy adjusting to the changes in the family dynamic when his sister is born.

Solomon has loved animation since he watched cartoons as a child, and his 1989 book Enchanted Drawings: A History of Animation demonstrates his deep reverence for the art form. His first encounters with Japanese anime were negative; he confesses that one particularly frenetic film left him with a headache. But at the Annecy International Animated Film Festival in 1988, he wandered into a screening of Studio Ghibli’s Grave of the Fireflies, the story of two siblings struggling to survive the final months of World War II, and left “tear-stained.”

In the U.S., storyboards for animated features are typically a collaborative effort. “In anime, top directors storyboard their own films,” Solomon says. “It’s a very personal kind of filmmaking.”