It’s debatable whether the Coronel sisters got much sleep during 2020. Between their careers as health care workers during a pandemic and the launch of their foundation, the Bruin sisters were unstoppable, incorporating in just over a year and receiving recognition from the White House for their service.

For Maria-Kassandra ’14 and Mia-Kyla Coronel ’18, service runs in their blood. As children, they joined their nurse parents on many medical missions in the Philippines. Mia-Kyla, now an ICU nurse, remembers teaching children in poverty-stricken villages how to brush their teeth when she was just 10 years old. Later, at UCLA, both sisters engaged in philanthropic work through UCLA Health and the UCLA Alumni Association, organizing food drives and blood screening clinics.

It was a natural progression, then, that the sisters created a foundation to help indigent communities at home and abroad. But less predictable was how quickly the foundation grew. After one year, the Coronel-Endaya Foundation had helped feed more than 500 children and donated more than 2,000 pounds of charitable goods, mostly to remote villages in the Philippines. 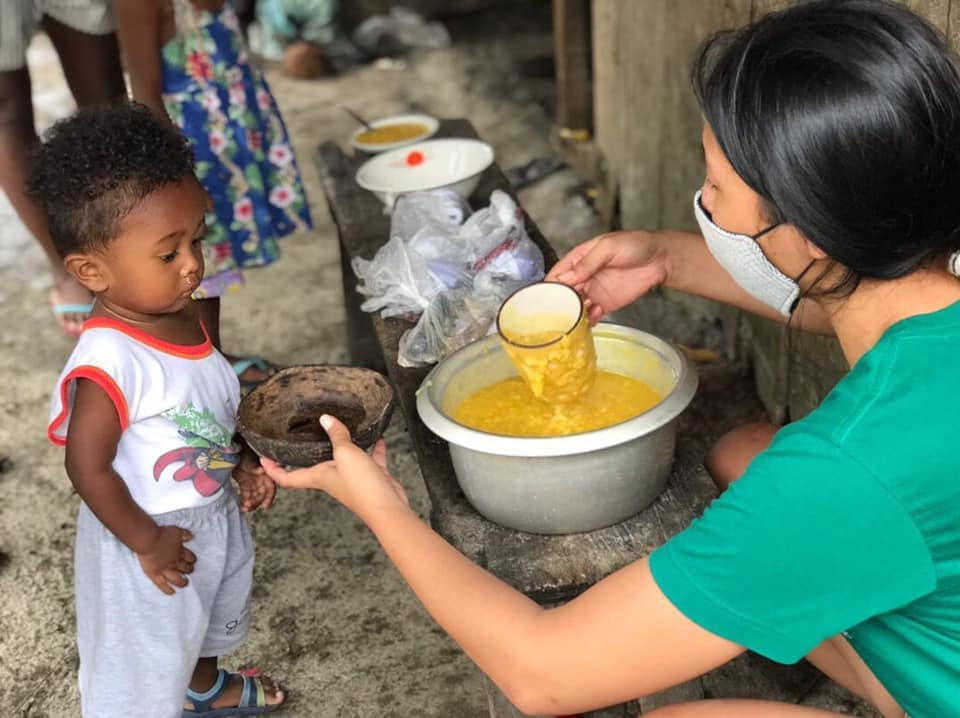 Courtesy of Maria-Kassandra Coronel
One of the food-giving programs, January 2021. The foundation partnered with Dr. Reyeva Cruz Vallente, president of the Rotaract Club of Alabang Daang-Hari, to help feed children in Zabali, Baler, Aurora, Philippines.

Because of the foundation’s success, the sisters were given the highest civil volunteer award in the U.S. In April 2021, President Biden presented them with the President’s Volunteer Service Award during National Volunteer Week. Following were certificates of recognition from the California cities of Temecula and Murrieta, as well as the California State Senate and Assembly. The Coronels also received a letter of commendation from U.S. Senator Dianne Feinstein.

“We've been able to resonate with people from all walks of life,” says Maria-Kassandra, now an M.D., adding that many of the foundation’s donors are health care workers, as well as fellow UCLA alumni.

For the foundation’s next initiative, the sisters are returning to their experience at UCLA and the anonymous donors who made their undergraduate scholarships possible. To pay it forward, they hope to create college scholarships for high school seniors in their hometown of Murrieta.