Jackie Robinson Day in Major League Baseball is the annual day of remembrance for the man who broke the sport’s modern color barrier on April 15, 1947. Today marks the 75th anniversary of the former UCLA student-athlete stepping out onto the grass of Ebbets Field for the first time as a member of the Brooklyn Dodgers, setting into motion a career that would inspire not just Bruins and ballplayers, but people all over the world, for generations to come.

“Jackie Robinson’s impact on society is immeasurable,” said Martin Jarmond, the Alice and Nahum Lanier Family Director of Athletics at UCLA. “What he accomplished through adversity demonstrated a level of resilience, sacrifice and love that serves as a model for all of us to this day. I am afforded the opportunity to serve here at UCLA in part because of the trail he blazed.”

From the bronze statue on the grounds of the baseball facility named in his honor, to the “42” monument in the heart of Bruin Plaza, Robinson’s legacy across the UCLA community is immense. His number is retired across all UCLA Athletics programs and Major League Baseball, demonstrating reverence to the man who overcame obstacles and discrimination with grace and dignity lighting the path for those who followed. 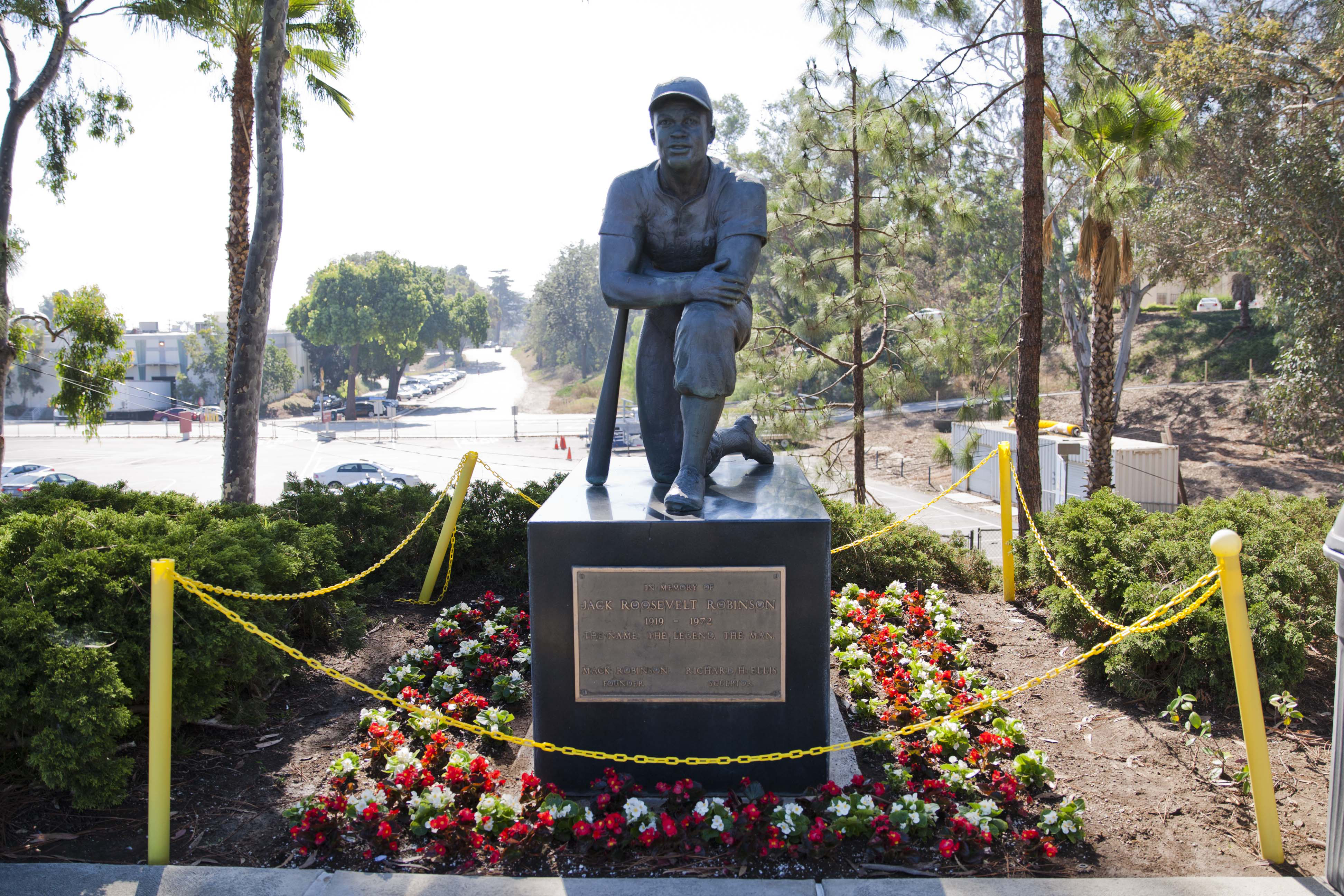