Because of John Wooden, I left New York to attend UCLA in 1964, married a West Coast woman, had West Coast children, practiced law and retired on the West Coast.

Because of him, I became a varsity yell leader who cheered at the grand opening game at Pauley Pavilion on Nov. 27, 1965, when Kareem Abdul-Jabbar ’69 (then known as Lew Alcindor) led the freshman team to a victory over Wooden’s No. 1-ranked varsity team.

Because of Wooden, I cheered in the 1966 Rose Bowl Classic, where Heisman Trophy winner Gary Beban ’70 quarterbacked the Bruins to an upset over No. 1-ranked Michigan State.

And because of him, my picture as a varsity yell leader appeared in Sports Illustrated, which covered that 1966 Rose Bowl game.

How is this all on the shoulders of Wooden? Because sports was my life in high school, and I applied only to UCLA because of him.

Each morning I’d unlock the gym for Wooden and sometimes help him sweep away chalk dust left behind by the wrestling team.

I often gazed from the sidelines as this man in white shorts and a blue basketball jacket meticulously reviewed his index cards before each workout. Then I would stare in awe as the legends of the 1964 national championship team, like Gail Goodrich ’65 and Keith Erickson, appeared for practice.

What caught my attention was how polite and reserved Wooden was off-court and how he morphed into a hard-nosed competitor and perfectionist on-court.

One day I gathered all my courage, approached Wooden before practice and introduced myself. “You’re the reason I came to UCLA. You changed the entire direction of my life.” I told him about myself and the culture shock of coming to the West Coast.

He listened and studied me without saying a word, then he opened up — to my great surprise.

“Came here in 1948 from Indiana. The L.A. freeways made us wonder if we’d made a big mistake.” He told me his family had also suffered culture shock after leaving the Midwest. But the good weather and UCLA had seduced them. The “kids liked the sunshine,” the coach said.

On mornings when I opened the gym, I had short conversations with him. He even asked about my sports experiences in high school.

I wanted to be on Wooden’s team, but my talents didn’t translate into UCLA basketball. So I became a varsity yell leader, which allowed me to stay close to the coach during the 1965–66 season. 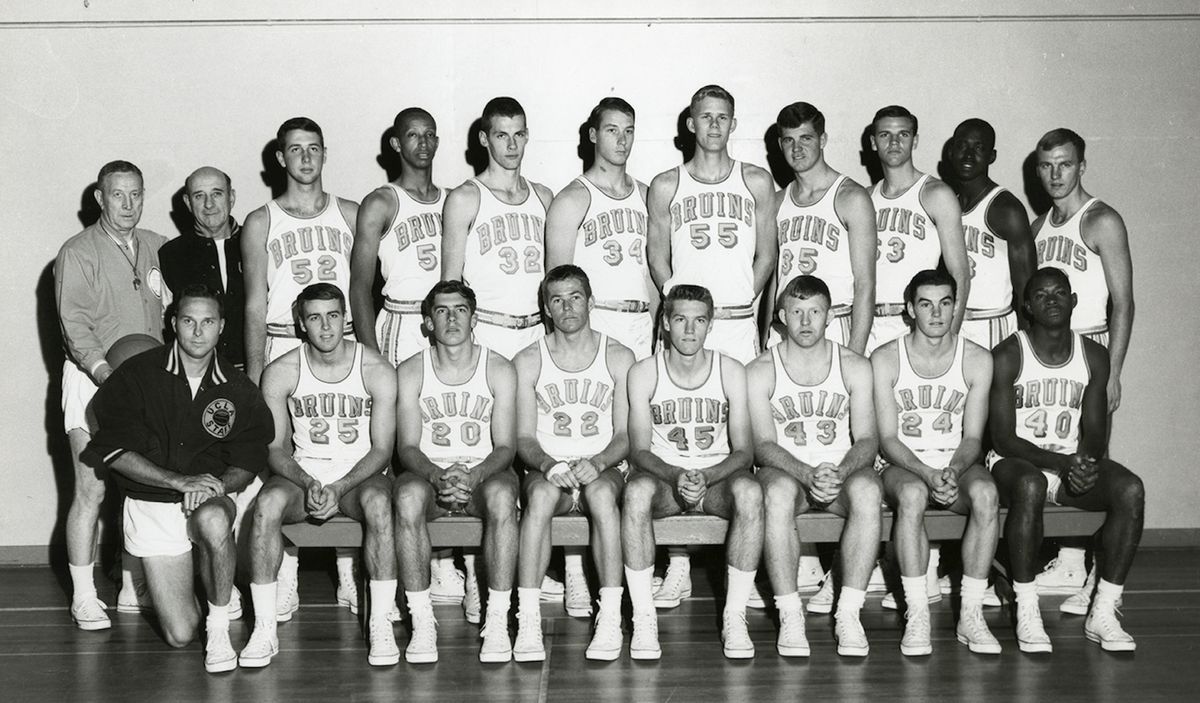 Wooden was of two minds when it came to his unprecedented success. On the one hand, he bathed in the glory of victory, because championships appealed to his competitive nature. On the other hand, national fame led him away from his early years at UCLA, when coaching was a gentlemanlike profession and his students played college basketball for the love of the game rather than as a means toward NBA contracts.

Even after he retired in 1975, Wooden maintained close relationships with former players. Would he have met with me had I asked? I believe he would have, given his generosity in seeing people from the past.

We could have reminisced about the “B.O. Barn” — what the Men’s Gym was called when packed with fans. He might have said he missed “the old gym,” his response when asked how he liked Pauley Pavilion.

Sadly, I never made the call to him before he died. But I’ll never forget the Wizard of Westwood.