The winding one-lane dirt road that leads to the forested UCLA UniCamp makes a stark transition for the 9- to 17-year-old campers who live more than 100 miles away in urban Los Angeles. One recent July morning, a car jolted and bounced over the uneven, rocky surface while climbing the pine tree–covered mountains.

“Someone must have plowed the road again — it’s so smooth,” says Martin “Sky” Mai ’10 in all seriousness. After more than a decade with the program, Mai is accustomed to UniCamp’s scrappy toughness and natural beauty.

Now the development director of UniCamp, he started as a camper in 2005, when he picked “Sky” as his camp name. In the years that followed, he got into UCLA, became a counselor and fell in love with another counselor. At their wedding, four of the groomsmen were pals from UniCamp. He’s one of many UCLA students for whom UniCamp literally became family.

The nonprofit UniCamp has been run by UCLA students almost as long as the 100-year-old university has been in Westwood. Now in its 85th year, the sleepaway camp in the Barton Flats area near Big Bear, Calif., serves low-income youth. UCLA students train as counselors, giving many kids their first experience camping and their first connection to college students.

UniCamp started in 1934 during the Great Depression, when students participating in an annual food drive felt the urge to do more. In the summer of 1935, they held two 10-day camp sessions in Big Pines, 95 miles from L.A. Though students run the camp independently of UCLA, it has long embodied the university’s highest ideals of service to the community.

“We had students who saw a need and addressed it,” and that’s still true today, says Wally “Pops” Wirick, executive director of UniCamp for 20 years until his retirement. “Students here don’t just want to study and get good grades. They want to solve problems and make a difference now.” 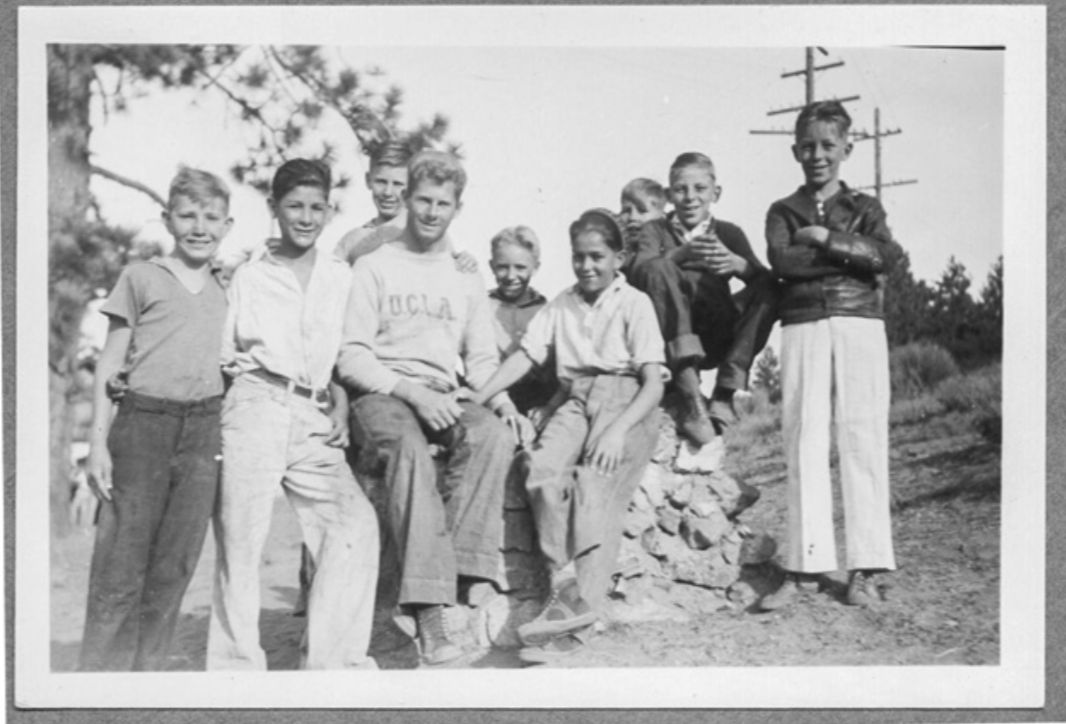 UniCamp Archives
Campers with one of the UCLA student volunteers.

No one at UniCamp pays more than $300, a fraction of the cost of other camps. And grants mean the camp is free for more than half of the kids, including about a third who are foster kids. Counselors pack the week with mountain biking, archery and swimming. There are also camp songs, crafting, a talent show and a climb up a 50-foot tower.

The program created a slew of traditions, from rechristening everyone with camp names to draping each other in “Woodsey bling” yarn crafts, but the real impact goes much deeper. Counselors talk about giving their campers a week to have fun and take a break from the hardships at home. But the counselors later realize that in devoting themselves so completely to caring for others, they get back as much as they give.

“UniCamp totally changed my life. It’s the reason I’m in public service,” Kuehl says. She served as a counselor from 1958 to 1961 and as site director in the ’70s. “Something in you is very moved by making something better for someone else.

“We thought that UniCamp was for the kids,” she says. But “it was also about our development.”