On the lawn outside the student services building at Los Angeles Valley College, colorful paper butterflies attached to string dangle from the trees. There are dozens of tables with centerpiece bouquets. Soon food arrives for the 300 guests — the family members, friends and supporters of the community college’s graduating Latinx students. They’re all here to celebrate the accomplishments of the graduates and learn what is next for them, most of whom are transferring to four-year colleges and universities this fall.

Llanet Martín, the school’s associate dean of student equity, looks on. She has helped plan this event every year since she started at Valley and knows many students by name. Martín sees herself in their stories.

Growing up in Koreatown and taking the bus two hours every day to middle and high school in Woodland Hills, Martín thought that she’d get a job after graduation, maybe as a make-up artist. Her picture of success: working for No Doubt front-woman Gwen Stefani.

“That’s as much as I thought someone with my background could accomplish,” said Martín, who enrolled at Los Angeles City College to be a make-up artist. Everything changed when a counselor at LACC told Martín about a summer program for transfer students that would allow her to spend six days at UCLA taking workshops, networking with faculty and students and living in the residential community on the Hill. 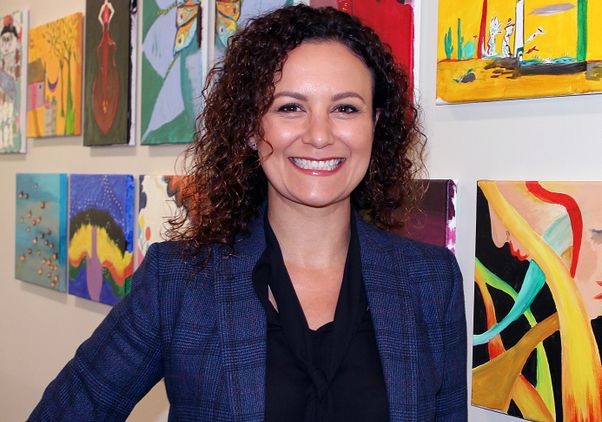 Martín eventually transferred to UCLA and graduated with her bachelor’s degree in 2004, taking a path that has improved the lives of tens of thousands of Californians in the nearly 100 years of UCLA’s history as a preeminent state institution. More community college students in California transfer to UCLA than any other University of California campus, and once they arrive in Westwood, they thrive. The graduation rate for transfers at UCLA is 93%. It’s no accident that there are more than 7,000 transfer students enrolled at UCLA. The benefit of this educational access to California is immense. For Martín, it’s a personal story.

“That experience and everyone involved with that summer program not only changed my life, but that of my whole family and my entire community,” Martín said. “It helped me believe that a woman of color from a very, very modest home with immigrant parents, who really couldn’t help me navigate the system, could have a shot here.”

This is the way it is supposed to work in California. By design, students who begin their higher education in a community college may move on to the University of California as juniors. This has been the path to diplomas and careers. It’s a win for the students and for the state overall. At UCLA, 92% of transfer students come from California community colleges.

“Completing a degree helps students not just to succeed in the economy, but also to contribute more to their community by helping people who are less fortunate or participating in civic affairs,” said Tom Epstein, president of the California Community Colleges Board of Governors, who is also senior fellow at the UCLA Luskin School of Public Affairs.

Many community college students are the first in their families to go to college and they tend to come from lower-income households, Epstein said. Despite this, many of them aspire to earn a four-year degree knowing that it could help them compete for jobs that will break them out of the generational cycle of poverty.

“The more that UCLA works closely with community colleges to attract transfer students and then help them succeed, the better it will be for those students, and for the state at large,” Epstein said.

A huge contributor to this is the attention UCLA’s undergraduate admission office pays to the transfer community through outreach, college preparation workshops and recruitment efforts both on campus and throughout the state.

“They encourage students to see themselves at UCLA and arm them with the information they need to be successful in navigating the admission process, and then once admitted hopefully convince them that UCLA is the place for them to be,” said Gary Clark, director of undergraduate admission. 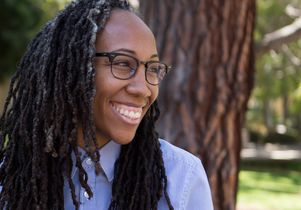 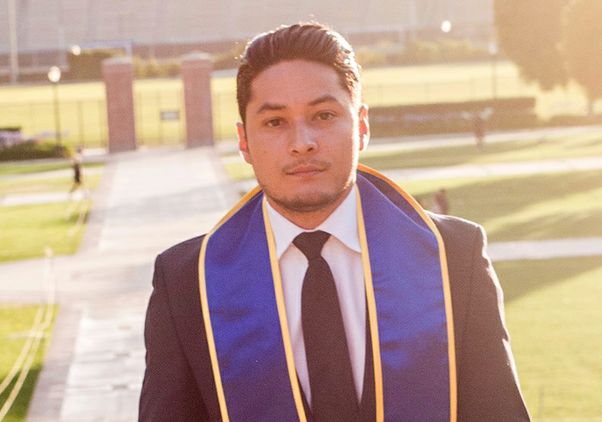 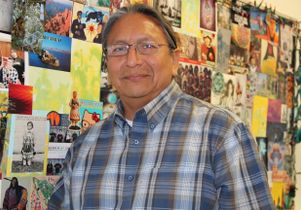 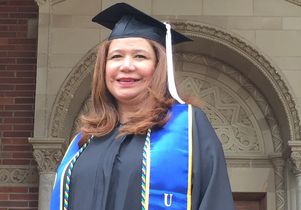 Gabriela Abraham: Graduates with her daughter

This is further amplified by UCLA’s transfer success team, made up of representatives from departments across campus; UCLA’s annual student-run STOMP! conference for prospective and admitted transfer students; transfer-specific welcome events, including Bruin Day; and transfer mentorship programs, social events and weekly study halls, to name a few. UCLA is also home to more than 20 transfer-specific student organizations, which collaborate as part of UCLA’s transfer student coalition, and was the first campus in the University of California system with an elected transfer student representative in student government. The UCLA Alumni Association also recently founded a transfer student alumni network that has 42,000 contactable members.

It’s that commitment that has made UCLA the No. 1 school in the country for transfer students.

“You serve transfer students and you serve them at scale,” said Tania LaViolet, senior program manager at the Aspen Institute, where she co-leads the management of the American Talent Initiative, during a meeting with UCLA leaders in early 2018. “It’s a scale that’s not seen at other flagship public institutions — or other institutions, frankly — and so we want to understand how you do it because the success rates are incredible.”

The American Talent Initiative, which was launched in December 2016 by Bloomberg Philanthropies, aims to get top-performing colleges and universities to attract, retain and graduate an additional 50,000 students from low- and moderate-income backgrounds by 2025. Initiative officials identified UCLA as one of three “exemplars in the field” and visited each campus to learn practices that can be shared with other member institutions.

“I think they’re doing a good job — for as big a university as UCLA is — of just breaking it down and creating communities, so the transition from community college doesn’t feel overwhelming,” she said.

The upshot: Santa Monica College is the No. 1 source of transfers to UCLA, each year sending 400 to 500 students to Westwood. In all more than 100 California community colleges send transfer students to UCLA.

Estimated percentage of UCLA transfer students who are people of color

Percentage of UCLA transfer students who are first-generation college students

Average age of transfer students when they begin studies at UCLA

“Transfer students bring a richness of experience, expertise, knowledge and talent to the university,” said Heather Adams, a two-time UCLA alumna who transferred from Santa Monica College and now serves as program director at the UCLA Transfer Student Center. “You’ve got students over age 25, veterans, parenting students, anyone you can imagine. They bring incredible talent and skill and points of view to the university. We want that at UCLA.”

This commitment to being a welcoming home for transfer students takes root with the 1960 California Master Plan for Higher Education, which put forth a roadmap for the state’s community colleges, the California State University system and the University of California to collaborate to improve access to education. In addition to offering a space in the UC system for the state’s top high school seniors, the plan reserved space in the UC system for community college graduates at an enrollment rate of one transfer student for every two high school students.

Of UCLA’s current undergraduate population of 31,000, roughly 7,400 are transfer students. In June, 3,300 transfer students are expected to be among those graduating with bachelor’s degrees.

But UCLA’s ability to lead the way in attracting, retaining and graduating the best and brightest transfer students didn’t happen because the school is following a state mandate. It’s born of recognizing the responsibility UCLA has as a public institution to promote social mobility.

“UCLA is really interested in attracting students from all different communities, particularly underrepresented students,” said Alfred Herrera, director of UCLA’s Center for Community College Partnerships, known as CCCP, which runs 11 outreach programs for potential transfer students. “Part of it has to do with our state’s economic need, but part of it is a moral issue. If we don’t educate them at UCLA, then we’re doing a disservice to them and to our country and to our institution. We have to do this.” 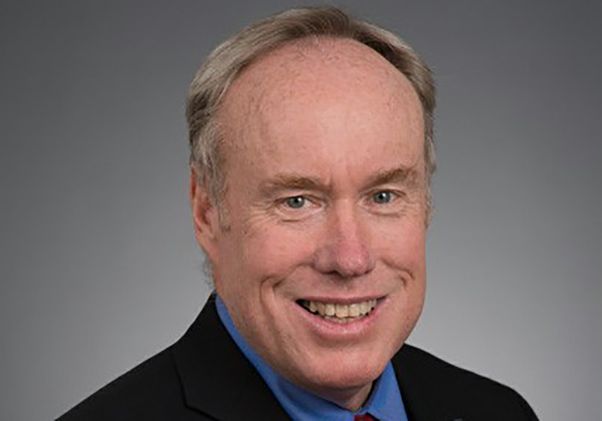 “I recently hosted my now retired LBCC economics professor for lunch at the UCLA Faculty Club to thank him for changing my life,” said Taylor. “At the time I was studying to be a travel agent, and he convinced me to transfer to UC to study geography and economics instead.”

Back at Los Angeles Valley College, Martín greets Zuma Sharpe, a single mom of two and a former foster youth who returned to school after a 20-year absence. Sharpe is leaving Valley College with associate degrees in sociology, criminal justice, Spanish, social welfare, and social and behavioral science, plus two certificates. At Cal State Northridge, Sharpe plans to major in sociology and minor in Spanish. Her goal is to be a social worker and earn a master’s degree in educational counseling and then pursue a doctorate. Sharpe said she had never considered graduate school before meeting Martín.

“She has been my inspiration, my mentor, my friend,” Sharpe said. “She motivates me to be the best and to keep climbing the ladder to success. When you surround yourself with positive people who motivate you and cheer you up, you have the passion to keep going and to never give up.”

Dana Herrera, a 25-year-old DACA recipient and president and co-founder of Valley’s undocumented students club, will likewise be following in Martín’s footsteps and transferring to UCLA after earning her associate’s degree. For Herrera, graduating from LAVC is how she could best thank her mother for bringing her and her sister to the United States where they could begin a new life away from domestic violence.

“I am certain a UCLA education will open many doors that will prepare me with the knowledge and skills I need to take back into my community,” said Herrera, a CCCP scholar who will study sociology and education. “I also plan on going to graduate school to pursue a degree in education policy in higher education.”

Graduate school for education policy was the path Martín eventually followed. After graduating from UCLA, Martín went to work for then-U.S. Rep. Hilda Solis. Solis convinced Martín that if she really wanted to have a major impact in terms of making a difference she needed to go to graduate school. Martín earned her master’s degree in education policy from Harvard University in 2007 and a doctorate in higher education and organizational change from UCLA in 2014.

“The part that really hits home to me is having seen the impact that just one person going to a place like UCLA — or another UC campus — made not only in my life but also my family, my community and the students I now work with,” Martín said, adding that one of her sisters is nearing completion of her doctorate in microbiology at the University of Iowa after spending 10 years in the community college system.

“My family no longer sells itself short, and that’s because of the opportunity I got from a place like UCLA that helped inspire me to dream big and challenge the status quo. Right now I’m feeling a mutual level of pride in all the work that UCLA is doing, and the work I’m able to do because of what UCLA did for me.”